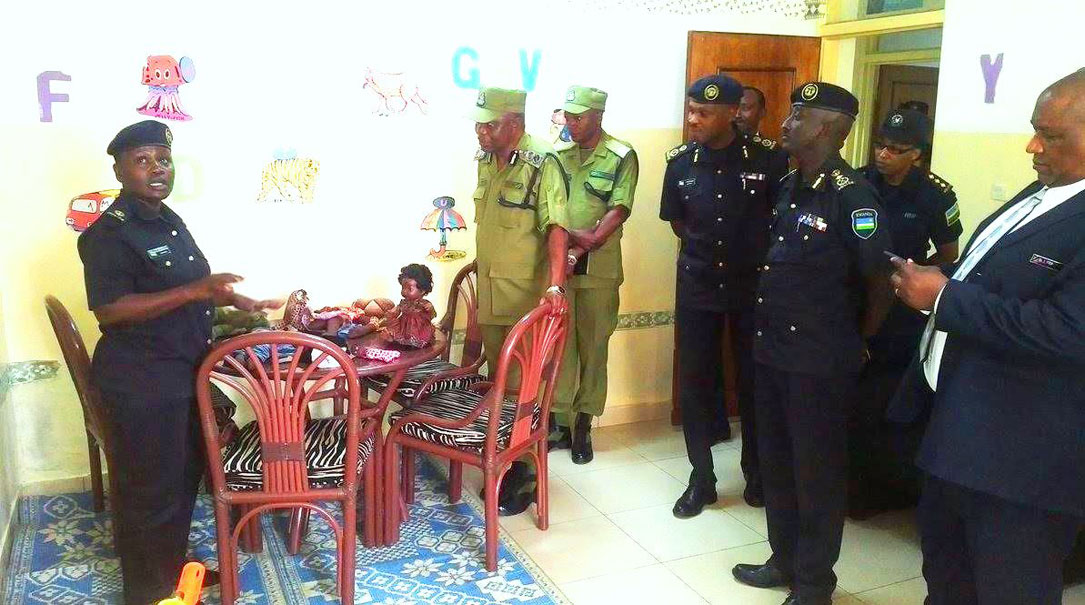 Rwanda and Tanzania have agreed to strengthen police cooperation and prevent criminal activities that may destabilize both countries.

“The need to maintain security and stability in our nations and region calls for more cooperation in order to stay ahead of criminals,” said Rwanda Police boss, IGP Emmanuel Gasana

Gasana today received the Tanzania counterpart, IGP Simon Sirro who both stressed that political will in Rwanda and Tanzania has paved way for the cooperation of the two Police institutions.

He also visited the Regional Centre of Excellence on Gender Based Violence and Child Abuse at Rwanda National Police Headquarters.

“Increased production and export depends on security, which also attracts investment and facilitates development. Sharing of security information is paramount because we learn from each other,” Sirro said.

During the East Africa Legislative Assembly meeting in Kigali in March, cross border crimes especially cattle theft was raised as a major setback of regional integration between borders communities in Kenya and Tanzania.

Rwanda and Tanzania police forces meet in March 2017 to enhance their collaboration on cross-border security and agreed on various policing issues including animal thefts between both borders.

This followed the signing of a memorandum of understanding between the two police forces in September 2012. Security operations between both countries have reaped good results.

The cows were allegedly stolen from Tanzania’s border district of Karagwe, Ngara province and guided through Cyiminsi forest into Rwanda through a porous border in Saruhembe Cell, Mahama Sector.

One of the initiatives that Police uses to prevent porous border crimes include snap checks, collaboration with immigration and other relevant offices as well as employing Interpol’s I-24-hour Communication tool to identify fugitives and stolen items.

Rwanda and Tanzania are among the 15 countries from the Eastern and Southern Africa under the Usalama (safety) operation-an Interpol supported operation targeting a range of transnational crimes such as human and drug trafficking, wild life crimes, smuggling of minerals and trafficking of small arms and light weapons.