A More Effective AU Is Good for Everybody Else – Kagame 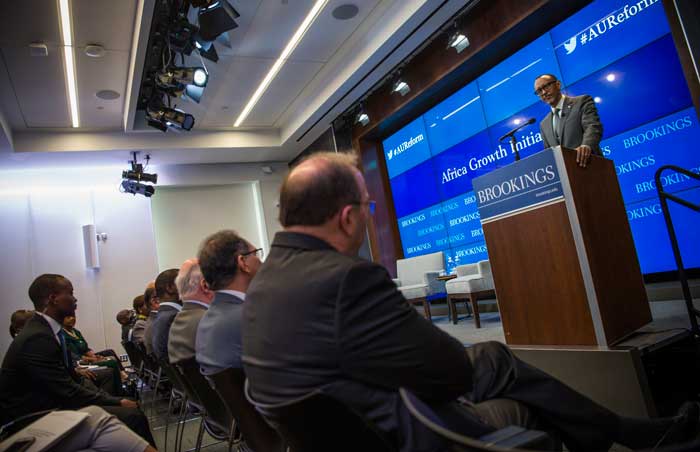 Kagame’s Public Lecture on AU Reform at Brookings Institute.  He said it is unsustainable for Africa to rely on donor money

President Paul Kagame has said that African Union should aim at covering its budget needs instead of relying on donor money which does not benefit anyone.

On Thursday Kagame gave a lecture on ‘Flagship reforms for a more effective African Union’ at Brookings Institute.

The latter is a century-old American research group Think Tank in Washington, D.C. It conducts research and education in the social sciences, primarily in economics, metropolitan policy, governance, foreign policy, and global economy and development.

African Union is extensively financed by external partners; 97 per cent of its programs is funded by donor money.

“This makes no sense for anyone involved. Africa’s interests get lost and the interests of donors aren’t being addressed either.” Kagame said.

“It is also unsustainable. The rapid changes taking place in the global economic and political environment and make plain the recklessness, of relying so heavily on sources of funding, that are likely to dry out.” 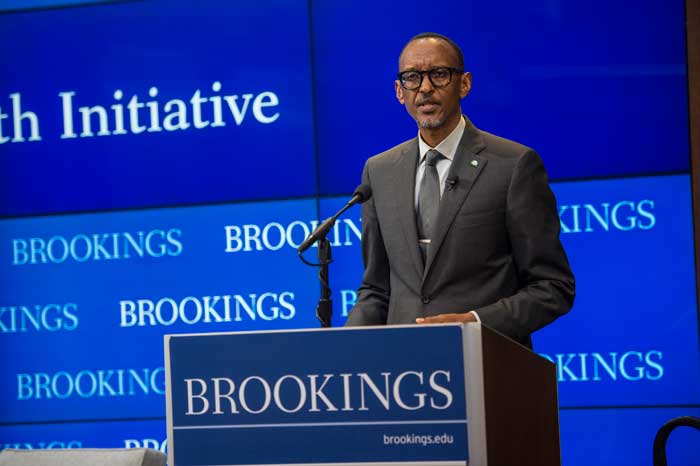 Kagame explained to his audience at the school the basis of African Union reforms that intends to reverse this situation.

He explained that two years ago, the African Union tasked Dr Donald Kaberuka, Acha Leke, Carlos Lopes and others to identify alternative sources of funding.

Kaberuka and team proposed the AU institute a 0.2 percent levy on eligible imports, to finance AU activities, a proposal that was adopted during the African Union General Assembly in Kigali in July 2016.

Kagame revealed that 12 countries have activated 0.2% levy on their imports to finance AU which is a vital early step towards self sustenance.

In the same summit, heads of State tasked President Kagame to conduct the exercise and Kagame selected a team of experts to work with him and deliver to the expectations and his proposal was presented in the following meeting in Adis-Ababa in January 2017.

“Our method was not particularly novel: We built on the work of others and we consulted widely with stakeholders all over Africa,” Kagame said.

The team made five recommendations; First, focus on fewer priorities that are continental in scope, make sure the various African Union institutions are able to deliver against those priorities.

Third, connect the AU to its citizens and Fourth manage AU business more efficiently, both politically and operationally.

The last recommendation was for Africa to finance the African Union sustainably. 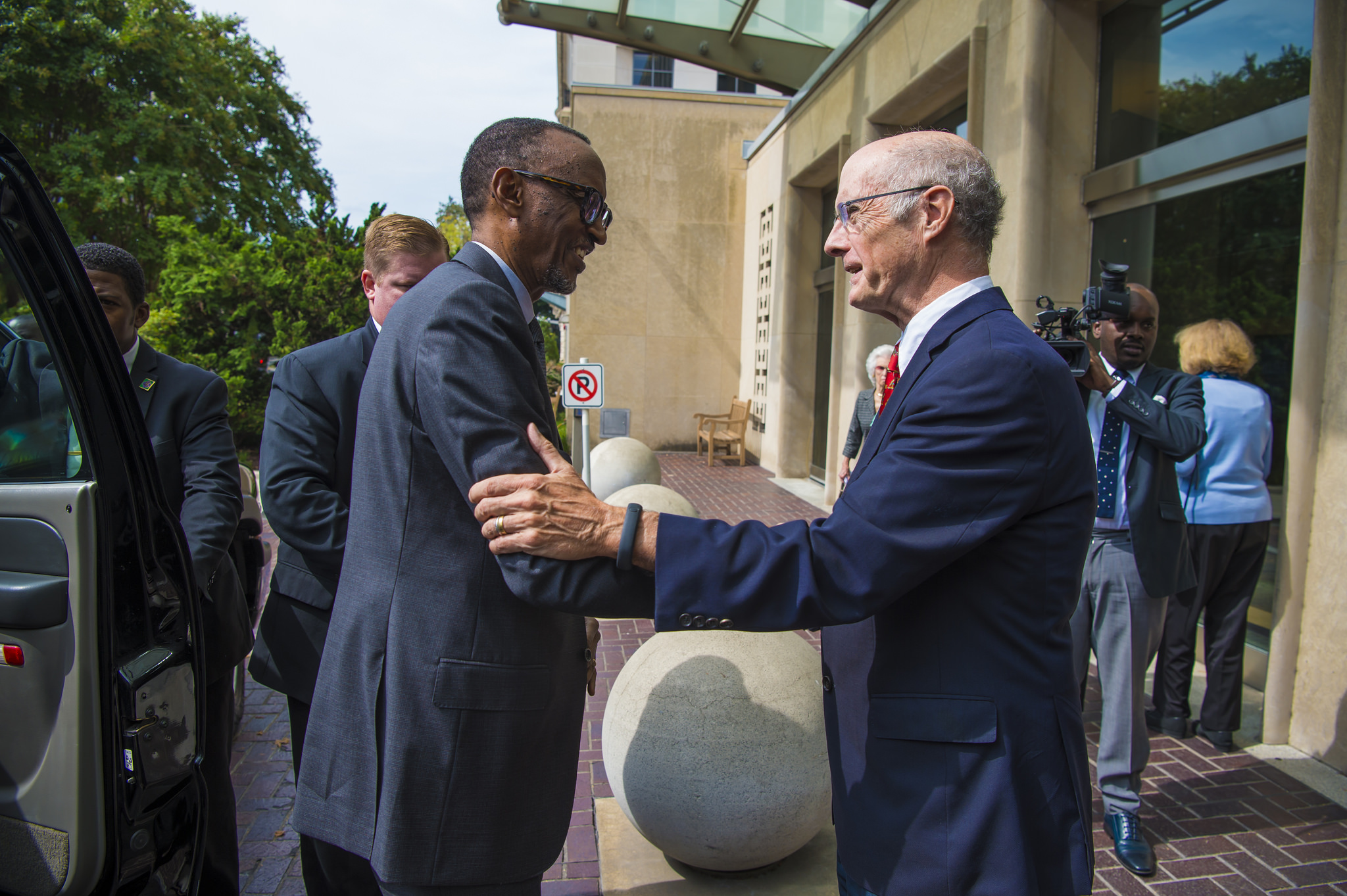 For the African Union to reach an effective reform however, every African country should accommodate changes.

To continue the work that intends to lead to the reforms, an implementation unit was put in place.

“The Assembly took the unusual step of mandating me, assisted by President Conde & President Deby to supervise the process,” Kagame said.

“One critically important aspect of the reform is ensuring that Africa speaks with one voice, on the global stage.”

Kagame said that for Africa to embrace changes, need to trade with each other is paramount.

“An integrated common market serving the most youthful fastest-growing population will create decades of opportunities for all,” he said. 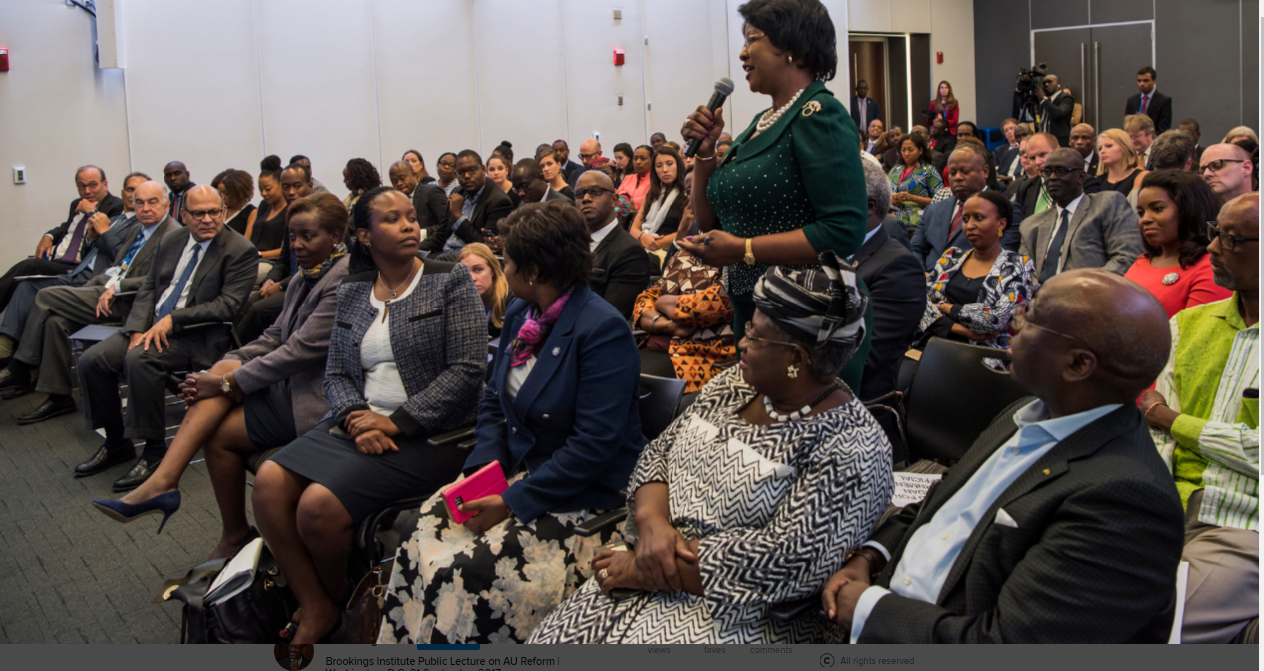 Kagame said along the way, challenges are numerous, but there is a way to solve them.

“What should never get lost, is that we are working together in good faith and with renewed determination,” he said.

Source of Funding for Armed Group Revealed in Court