Baryan Manvir has emerged as the winner of the 2017 Mountain Gorilla rally beating Last year’s winner in Rwanda, Bukera Valery and Khetia Nital from Burundi.

Manvir was navigated by Drew Sturrock a Skoda Fabia R5 clocking 1h47’06 as the top time throughout the three-day rally that kicked off on Friday.

Manvir’s victory in the Mountain Gorilla rally in Rwanda has won him another chance to eye the 2017 African Rally Championship (ARC) which
will be determined in Zambia next month in order to be crowned African champion.

“I am confident of winning the Zambian challenge but I have to beat Leroy Gomes,” Manvir said. 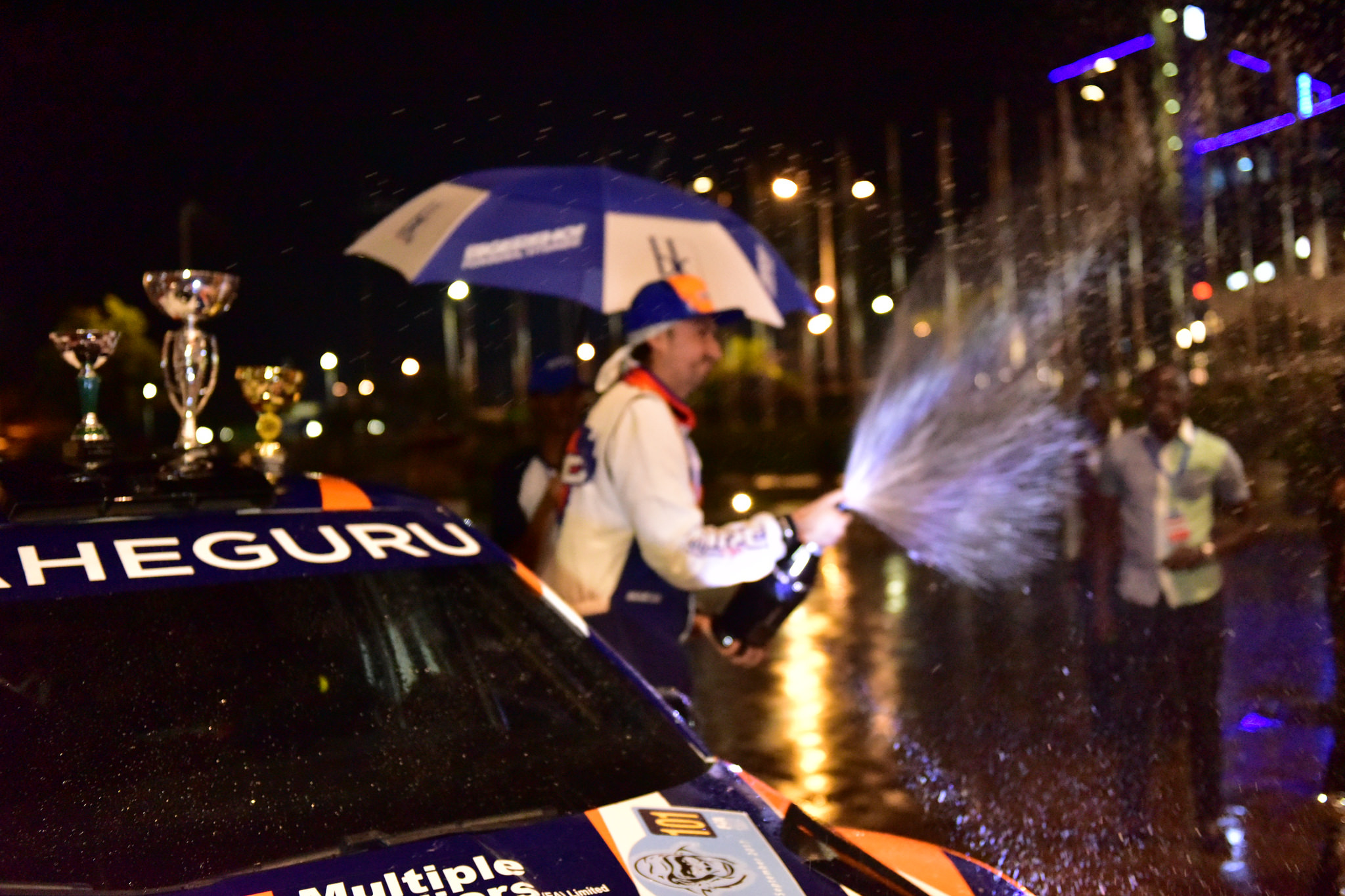 This year’s edition attracted 19 drivers from different countries including; Rwanda, Kenya, Uganda Zambia and Burundi, and it has a number of corporate sponsors such as Bank of Kigali, Akagera Aviation, Akagera Business Group, Radisson Blu, Ministry of Sports and Culture.

This year’s racing challenge in the two stages started from Kigali Convention Centre to the dusty routes of Rugende in the morning before returning to Kigali for the Super Stage at Amahoro National Stadium in the afternoon.