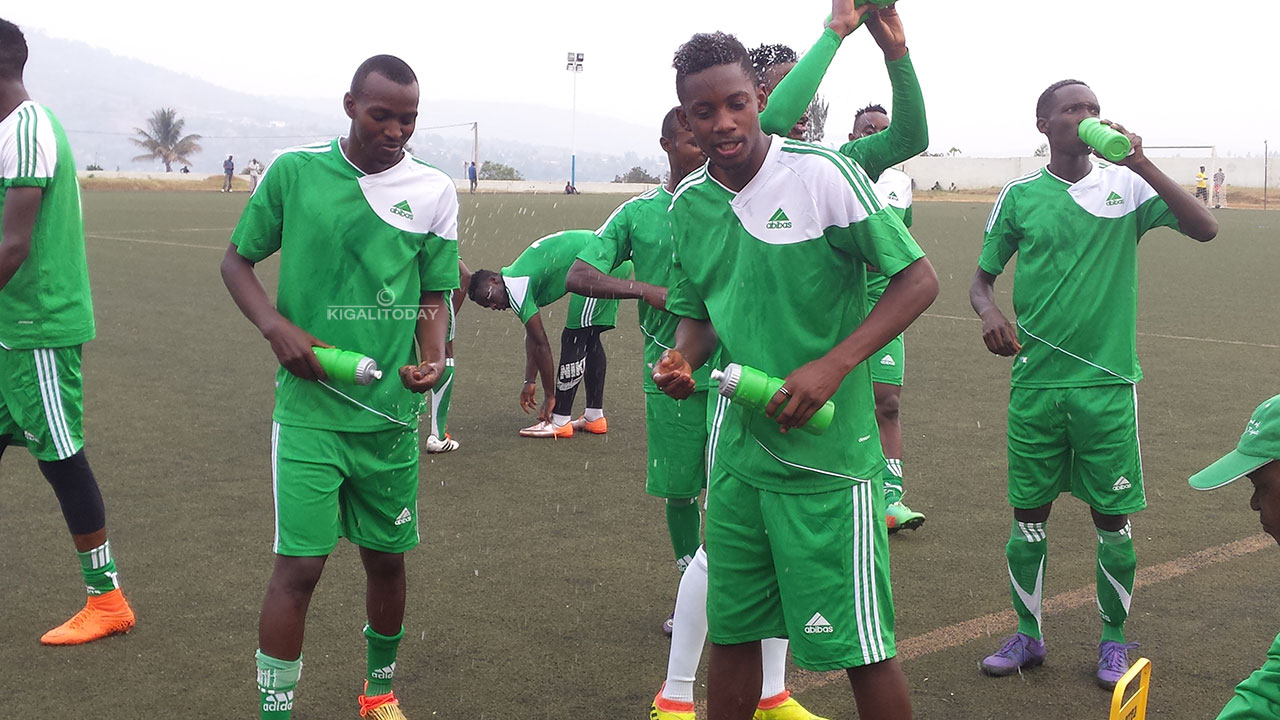 Kiyovu amongst the clubs that were compelled to clear tax arrears

Azam Rwanda Premier League clubs namely Rayon Sports Fc, Musanze Fc, Kirehe Fc and SC Kiyovu have been given until October 30, 2017 to have declared taxes of their respective clubs.

Rayon Sports, Kirehe Fc, Musanze Fc and Sunrise Fc were not in attendance.

According to FERWAFA vice president Vedaste Kayiranga, the meeting was held to review the implementation of the resolution of last year’s FERWAFA Extraordinary General Assembly held on September 17-18, 2016.

Also on agenda was to discuss a request to Rwanda Revenue Authority to waive tax arrears accrued by top flight clubs between 2012 and 2016.

Among resolutions passed in last year’s FERWAFA Extraordinary General Assembly, all first division clubs were asked to register and obtain tax identification number (TIN) to enable them start paying taxes for their players and staff from September, 2016.

After the meeting, Vedaste Kayiranga said, “We had a successful meeting which was convened to try and resolve the pending tax arrears our clubs owe to Rwanda Revenue Authority.”

Kayiranga further said, that majority of the clubs respected the Musanze Extraordinary General Assembly resolution while others did not.

“The meeting has resolved that the remaining clubs should register their companies, obtain the TIN number and declare all taxes of their players and staff before the end of this month,” he said.

Clubs which are yet to start declaring taxes for their players and staff as agreed from last year’s extraordinary general assembly include Azam Rwanda Premier League champions Rayon Sports Fc, Musanze Fc, Kirehe Fc and SC Kiyovu and have been given a deadline of October 30, 2017 to have put in effect as stated in the resolution.

The remaining top flight clubs namely APR Fc, Police Fc, Mukura VS, AS Kigali, Etincelles Fc, Mukura VS, Gicumbi Fc, Marines Fc, Amagaju Fc and Espoir Fc respected the resolution of declaring taxes for their players and staff but were again asked to cross-check again to ensure that their arrears since September 2016 have been paid as requested.

“Once all clubs have declared their taxes from as agreed from last year’s extraordinary general assembly, then we will sit with RRA to see how issue of waiving tax arrears between 2012-2016 can be attained,” Kayiranga said.

Club representatives who attend the meeting agreed to meet again on November 9, 2017 for another meeting which will reveal if all clubs have paid the arrears mentioned since September 2016.

Meanwhile, Azam Rwanda Premier league clubs requested RRA to waive tax arrears accrued from 2012-2016 but this request will be subject to discussion after an investigation by the tax collector to see if Rwandan clubs have the capacity to pay the tax arrears as accrued by each concerned club.

Some clubs claimed not to have been under stable leadership hence can’t find any records to justify the tax arrears. From that stage, RRA will table the issue to the Ministry of Finance which is the only competent body to determine whether tax arrears can be waived or not.

The final decision on the waving tax arrears accrued since 2012 by Azam Rwanda Premier League clubs will be known in the next meeting due on November 14, 2017 between FERWAFA, Clubs owners and RRA.

Last month, Huye-based Azam Rwanda Premier League side had their accounts frozen by RRA due to unpaid taxes on salaries of players and club staff since 2010, reported to amount to Rwf165million.

The bank accounts were re-opened on mutual agreement following a fruitful dialogue between Mukura and RRA.