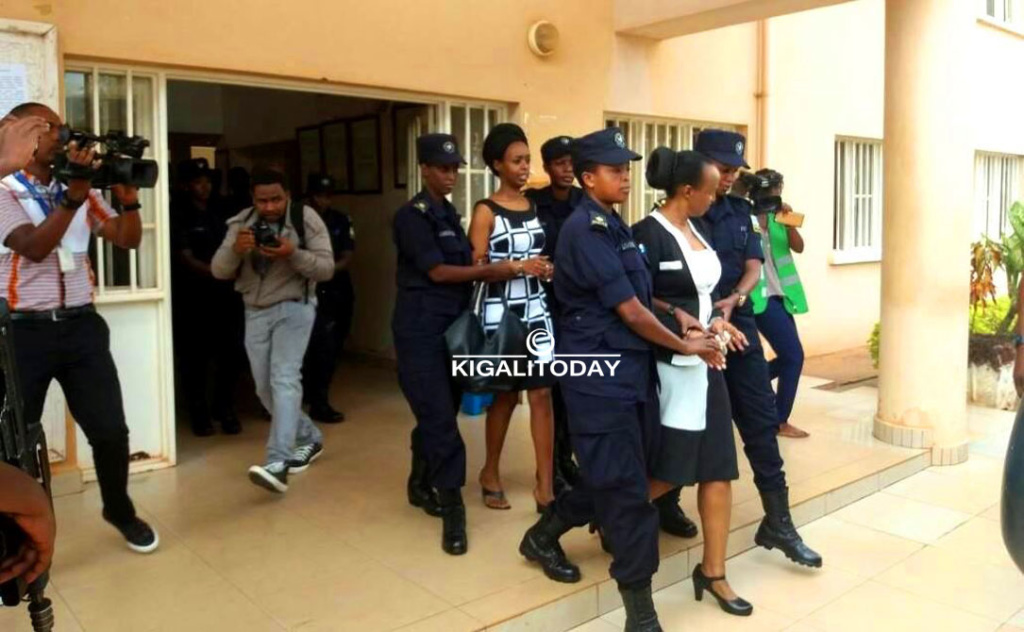 At today’s hearing – the second after the first pre-trial hearing was adjourned, the suspects told court that they are unaware of the charges against them, and requested for a hard copy of their dossier and more time to review it.

However, Prosecution turned down their request, insisting the suspects had already been briefed about all charges against them.

At a fully packed court room, Adeline Mukangemanyi Rwigara – standing between her two daughters, calmly told court that: “We have never been informed about the charges against us.”

Their lawyer, Pierre Celestin Buhuru defended his clients and requested for access to the hard copy of their dossier.

The suspects had previously appeared in court without a lawyer.

Before their arrest, there was a series of dramatic incidences where the Rwigaras had orchestrated their own disappearance until the police busted them hiding in their home and took them in for questioning.

The suspects will reappear in court on 11th October.