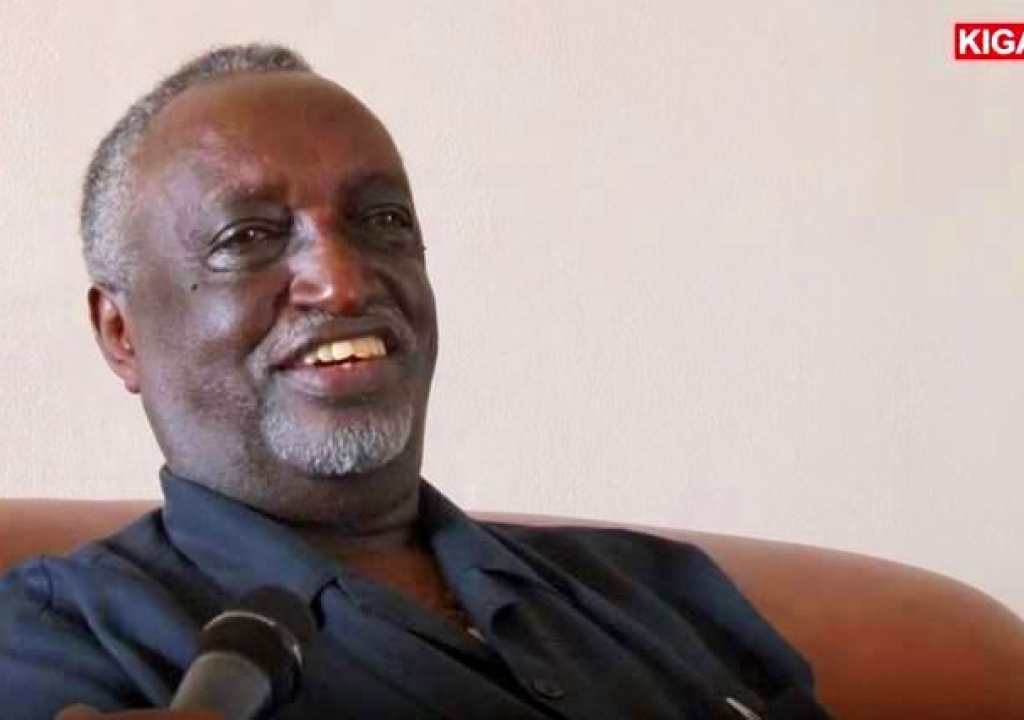 Senator Tito Rutaremara in an interview with KT Press shares about love for sports, music and memories

The old English adage ‘age is just a number’ may not hold any meaning until you meet Senator Tito Rutaremara, a Rwandan senior citizen who has served Rwanda in numerous capacities, including – the liberation struggle.

Sen. Rutaremara 73 is a Rwandan Politician and current member of the Rwandan upper chamber of Parliament.

He is famous for being Rwanda’s First Ombudsman – a position where the appointing authority chooses a honest person who is mandated to deliver justice where other routes have failed.

Rutaremara is also a historical founding member of Rwanda Patriotic Front (RPF) Inkotanyi and is among the party’s senior Cadres still living.

However, outside his official duties and political clout, the veteran member of Rwanda’s upper chamber of Parliament has a bunch of other things that shape his private lifestyle.

KT Press’ Dan Ngabonziza and Gentil Gedeon Ntirenganya recently sat down with Senator Rutaremara to give you his other side of life.

“Movie series leave you with curiosity to continue the next episode the following day,” Rutaremara told KT Press.

One of the best movie series he enjoys watching is ‘The Promise’ – an Indian famous movie series. He watches it on weekends.

His love for movies is not new, though. During his studies in Europe, part of Sen. Rutaremara’s weekly plans included going to movie theatres at least two times a week.

At a youthful age, going out for clubbing was another to do item among Rutaremara’s other leisure plans.

“Saturday was my time to go for clubbing,” he says amidst laughter.

While clubbing time came in the night, Rutaremara reserved a strong bond and love for soccer.

For the past 30 years, Rutaremara is an ardent fan of the English club Manchester United.

Before supporting Manchester United in 1985, Rutaremara had been a Liverpool fan, but later abandoned it following the infamous ‘Heysel Stadium disaster’.

The disaster occurred on 29 May 1985 when escaping fans were pressed against a collapsing wall in the Heysel Stadium in Brussels, Belgium, before the start of the 1985 European Cup Final between Juventus of Italy and Liverpool of England.

39 people—mostly Italians and Juventus fans—were killed and 600 were injured in the fracas.

“It was an inhumane disaster and I decided to quit as a Liverpool fan and started supporting Manchester United since the two cities are just miles away from each other,” Rutaremara says.

Since then, Sen. Rutaremara’s favourite club Manchester United has become the outright most successful club in English football – winning their 42 major title with a win in 2017 Europa League final. They now lead the major trophy count with 42 titles to Liverpool’s 41.

“Sir Alex Ferguson (former manager, 1986-2013) had put Manchester United to greater heights during his tenure…but I am sure José Mourinho (current manager) is finding possible ways to bring it back to glory,” said Rutaremara, who has switched to watching all soccer games on TV due to his busy schedule and advanced age.

In Europe, Rutarema is another fan of Spanish side FC Barcelona.

“For many years, I have supported FC Barcelona due to its classical style of play,” he says.

When World Cup turns up, Sen. Tito Rutaremara puts all his weight behind the Brazilian national team. But his favourite European team is Germany’s ‘Nationalelf’.

Back home, Sen. Tito Rutaremara is a big fan of the country’s APR football club – a team he vividly admits has a strong bond with him.

“I am one of the founders of that team. So it is clearly my team and I fully support it,” Rutaremara says.

Nonetheless, he adds, “I started with APR at Mulindi…so when it wins, I get happier than for other teams,” he said. 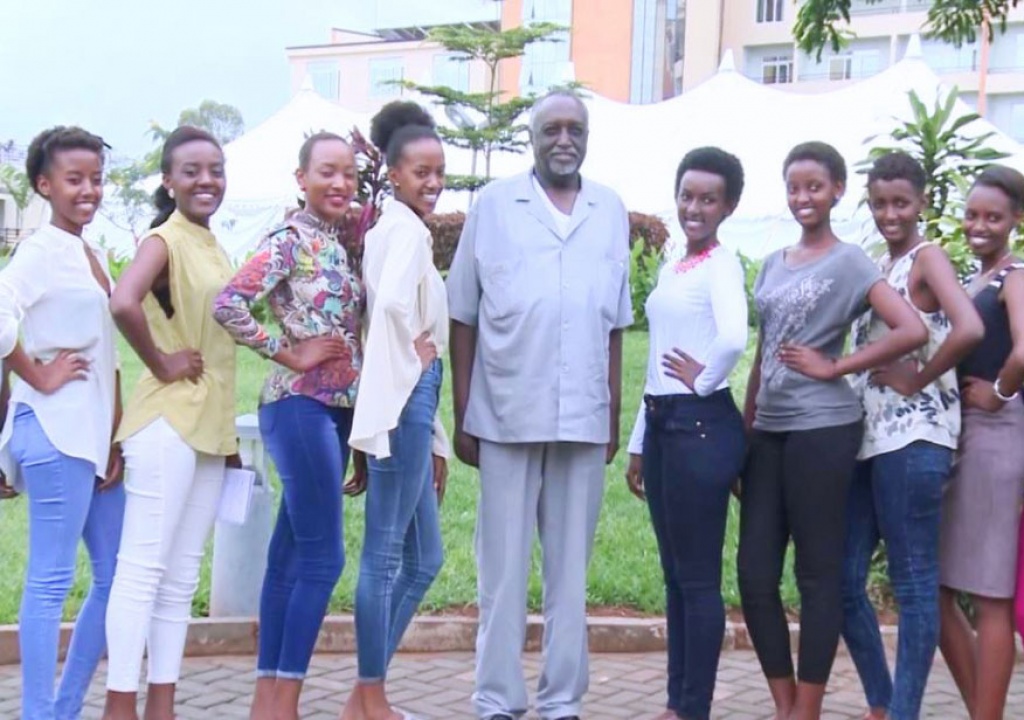 In music, Rutaremara says he has strong love for Reggae and Rock and Roll music. The Senator has been to clubs during his youthful days but believes that “As you get older, you need that cool music. You switch to slow and soft music,” he says.

Back home, Rutaremara is a big fan of local artiste Mariya Yahana – famously known for her ‘Intsinzi’ (triumph) song that became a hit shortly after the 1994 Genocide when Rwanda Patriotic Front took over power from the Genocidal regime.

In fact, he told KT Press, “I followed closely the recent (Primus Guma Guma) competition. And I was behind that Urban Boys group that won the trophy,” Rutaremara said.

Rutaremara – given his advanced age cannot manage to attend all Primus Guma Guma road shows, but he would love to.

However, despite opting to watch them on television, “You always have that urge to support our children to have all the necessary needs to take music to another level just like Bob Marley and other musicians that rocked the world.”

On a normal day the seasoned politician goes to bed at midnight and wakes up at 7am in the morning.

But of recent, his schedule changed due to a toddler he looks after with the help of his niece.

The 3-year-old toddler – is in nursery one at Les Hirondelles – a Nursery and Primary school based in the capital Kigali.

“This kid wakes up very early in the morning and will wake all of us. At this time, I decide to check the internet until 8am when I go to work.”

Surprisingly, because of his friendship with the toddler, Sen. Tito has switched to enjoying porridge during his breakfast.

But the story of how this child ended up in Rutaremara’s home is quite emotional.

During one of the big prayer gatherings organised by the famous Catholic priest – father Ubald Rugirangoga, one of the followers deliberately abandoned a month-old baby.

It was from here that Rutaremara’s niece who lives with him picked the baby boy and took him home.

Today, the child is 3 years old and according to Rutaremara, “We can never wish to live a single day without our child.”

He normally has lunch at home – depending on the daily Senatorial schedule.

Rutaremara attends the commission meetings from 9am to noon and break off until 3pm when plenary sessions start.

Rutaremara is a fan of iPhone gadgets. He currently owns one but old, after his latest purchase was stolen.

“I had bought Rwf800, 000 iPhone handset on loan, but it got stolen where I was chief guest at a wedding.” 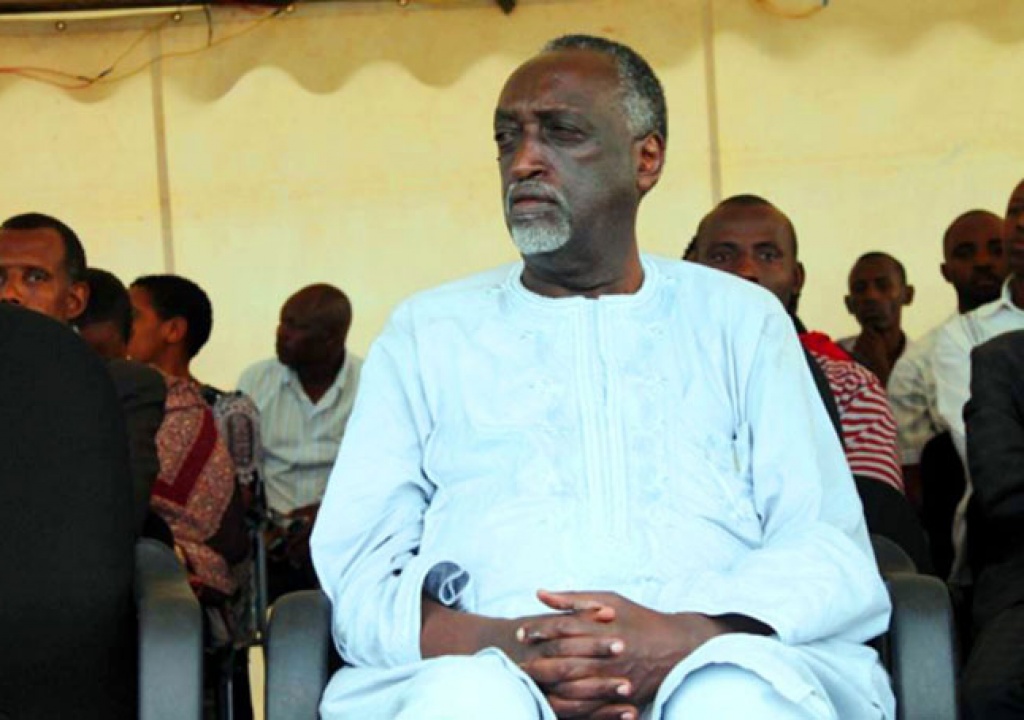 Sen. Rutaremara was born in current Gatsibo district in Eastern Province and attended his primary school at Kizuguro parish – about 4 kilometers from his home.

Sen. Narcisse Musabeyezu – one of his Primary six classmates and childhood friend serves with him in the Senate.

After primary six, Sen. Rutaremara says, Musabeyezu later met him in Uganda at Ibanda Primary School where the two were teachers at the school.

He spent most of his post-graduate studies abroad mostly France.

Since 1987, Rutaremara was never employed – but only served among the pioneer team that later formed Rwandese Patriotic Front (RPF) Inkotanyi.

At the time, Rutaremara had between 25-30 children – all under his care.

These children were survivors the genocide against the Tutsi and included his relatives.

During the RPF struggle, Rutaremara never fired a bullet – but instead played another crucial role during the struggle – to organize several political cadres to do diplomacy and mobilise resources to fund the war.

Rutaremara has one person in life that he calls ‘visionary, organized and capable of organizing others’ – President Paul Kagame.

One of the secrets to become a good leader and serve your country, he tips, is “to be honest, study well and love people.”

Yeah, this man is a great man. I had a real pleasure to work with him over his mandate as Chief Ombudsman, and learnt a lot from him. You need a sample of honest, hard worker, extra humble, full commitment in what he believes in? This is The “Ombudsman” ( the title is still here, 6 yrs after he leave this position). Do you know that the place he leaves is known as Ku Muvunyi?