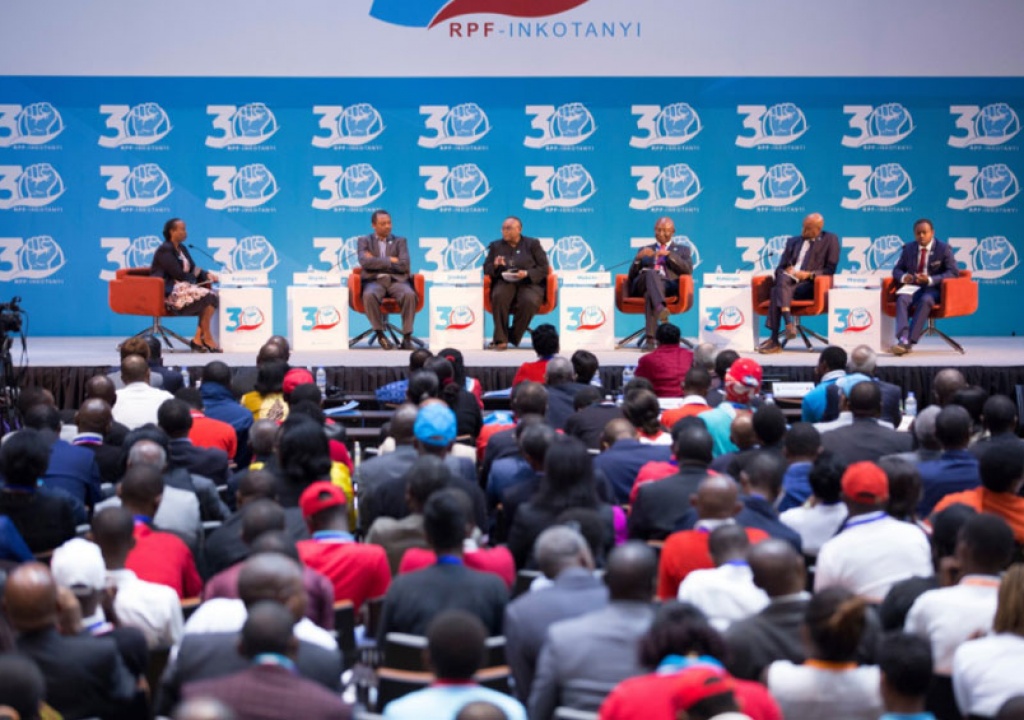 Former Tanzanian President Benjamin Mkapa has said that Rwanda owes its development to the know-how of President Paul Kagame who did not spare any effort to develop Rwanda since liberation struggle started.

“Kagame has been the architect, the designer, inspirer, the implementer, reviewer and the supervisor of the development that we see in Rwanda today,” President Mkapa told hundreds of Rwanda Patriotic Front (RPF) Inkotanyi and party friends at an international conference on Liberation of Africa.

On Tuesday, RPF organized a conference on African Liberation that targets to boost solidarity around the common fate that Africans share and RPF’s commitment to contributing to Africa’s transformation.

The conference is organized two days before the official celebration of RPF’s 30 years anniversary since the party was established.

According to former President Mkapa, Kagame is a true nationalist who has tirelessly worked to transform Rwanda and Africa – a call that has earned him respect across the continent.

“I would like to congratulate President Kagame for his great nationalism and pan-Africanism that has earned him the respect of his people and indeed the entire African continent,” he said.

Mkapa said that Rwanda is today a developing country which is a model of how to put an end to a genocidal hatred and ethnic division.

The country is also acknowledged as a model of constructive national unity from ethnic diversity.

“Rwanda is also applauded for practically eliminating poverty, for modernizing the lives of all its citizens in equality and dignity,” Mkapa said.

Former President Mkapa who was the guest speaker, said that both Chama Cha Mapinduzi(CCM) – his Party and RPF have fought and won as liberation parties.

“The CCM of which I was the chairman has observed 40 years this July. Both parties can be rightly credited with being liberation parties. But it was liberation under different circumstances,” Mkapa told delegates at RPF headquarters in Rusororo sector, Gasabo district.

For Mkapa, both CCM and RPF sought to establish Unity, equality and development for their citizens and to put an end to all forms of discrimination on the basis of race, ethnicity, colour and faith, with results which are widely acknowledged and acclaimed. 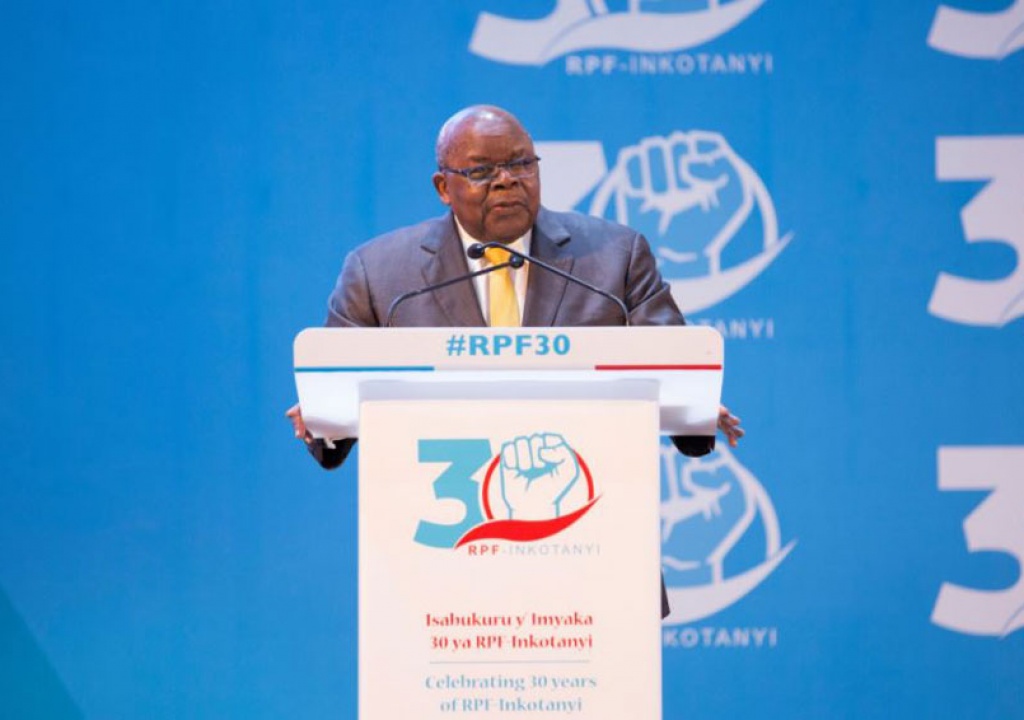 While today’s conference focused on contributing to Africa’s continued liberation, Mkapa reiterated the need for continued integration of Africa which is rooted in the very foundation of the former Organisation of African Unity, which is now the African Union.

He called for concerted efforts to end Africa’s pressing issues especially among the youth facing massive unemployment and forcing them to sink in the sea en route to Europe for greener pasture.

“Next year, Africa must do what it takes to ensure the African youth change their aspirations of going to Europe for greener pasture by ensuring they find those opportunities in Africa so they stay,” Mkapa said.

RPF Vice Chairman Christopher Bazivamo told participants; “The leadership of the country today was mooted in the aftermath of the Genocide during the national conference that was convened at Village Urugwiro where consensus was agreed upon as the best way to lead our country.”

Also speaking at the event was Ugandan veteran journalist Andrew Mwenda, who said; “RPF is where it is today because of the culture of self-reliance, a penchant for fiscal discipline, suspicion and mistrust of intentions of the international community and high level of internal cohesion.”