Following a series of complaints and media reports on how Shisha is dangerous to people’s health, the government of Rwanda has issued a total ban on the substance.

“The Ministry of Health informs the general public that the use, advertisement, and import of waterpipe tobacco smoking known as shisha tobacco is banned on Rwandan territory effective December 15, 2017,” said a statement signed by Dr. Diane Gashumba, Minister for Health on Thursday night.

Rwanda joins other regional countries that have banned shisha smoking in public places which including Uganda and Kenya.

Rwanda has been hailed for implementing the tobacco control law in line with the World Health Organisation (WHO) framework.

According to the Centre for Tobacco Control in Africa (CTCA), Rwanda is ranked second after Kenya in the East African Community (EAC) in the implementation of tobacco control law. 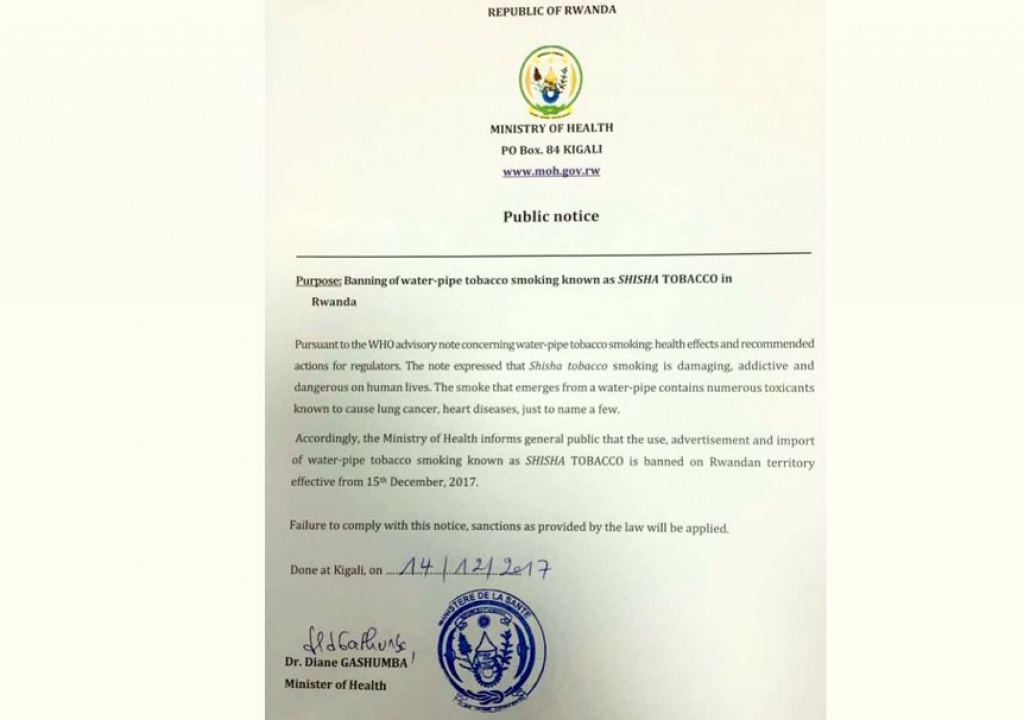