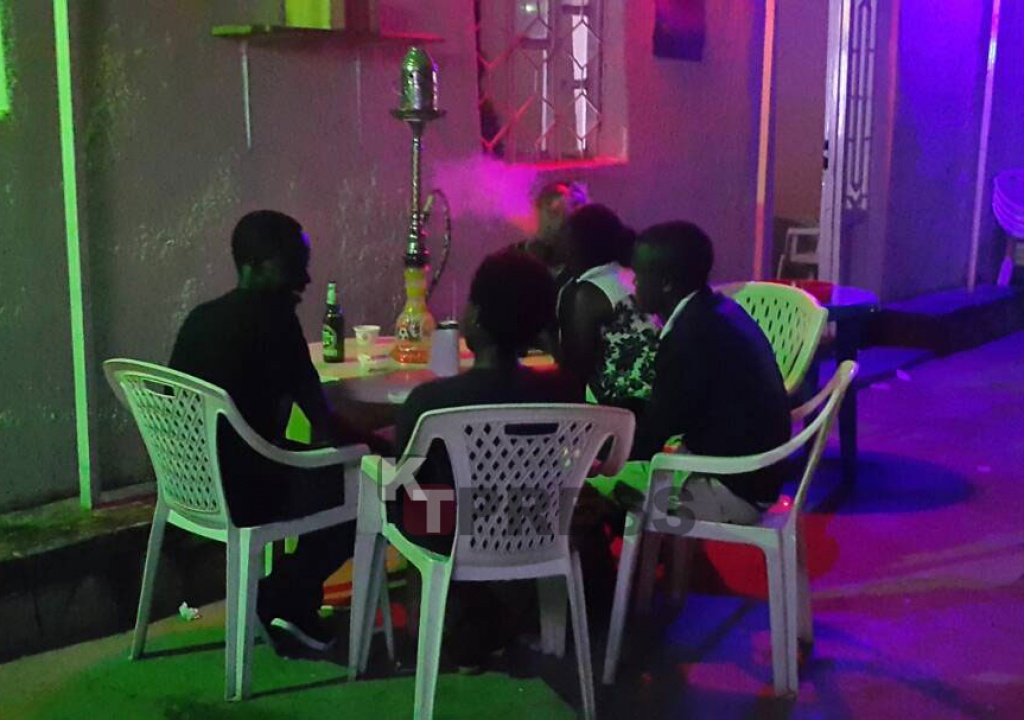 It’s a Monday afternoon in Kigali at one of the local bars in Nyarutarama suburb. A greenish coloured Shisha bottle hangs on strategic spot high on the wall where clients can see it well.

From the bar, clients can’t resist a panoramic view of the green life in Kigali and the gigantic oval shaped top of Kigali Convention Centre viewed from Nyarutarama.

The bottle is dusty and has probably spent some days without being used. Revelers mostly casual workers enter one by one as they order for beers and hardcore liquors. The KT Press reporter takes a strategic position inside the bar.

It is 6.30pm, and no one has asked to be served shisha. Day light gradually passes giving way to darkness.

“These are bad days of the week, we have spent days without any shisha orders,” one waiter says reluctantly focusing on other orders.

For strictly Rwf3000, a client can order for a round to puff shisha. The flavours are imported and they range from; apple, orange, passion fruit all from Asia and the Middle East.

One of the official flavours like Laroma (50gms) has health warning inscriptions, “It’s more dangerous than you think” which no one seems to notice, just like the inscriptions on the cigarettes pack- “Smoking kills, causes cancer and heart disease.”

On the other side of the road there is another popular shisha selling spot.

While some bars in Kigali, advertise the availability of Shisha as an added amenity, at this small bar shisha gadgets are kept behind the counter and only brought out on order.

“If a client needs Shisha , we call the man specialized for this job who stays very close. It is just a matter of a phone call and he will be here,” one of the waiters says.

At this spot they have the same Shisha service but a round of puff costs Rwf5000. Here a client can order for a ‘special flavour’ behind the curtains and these flavours are different from those mentioned earlier. 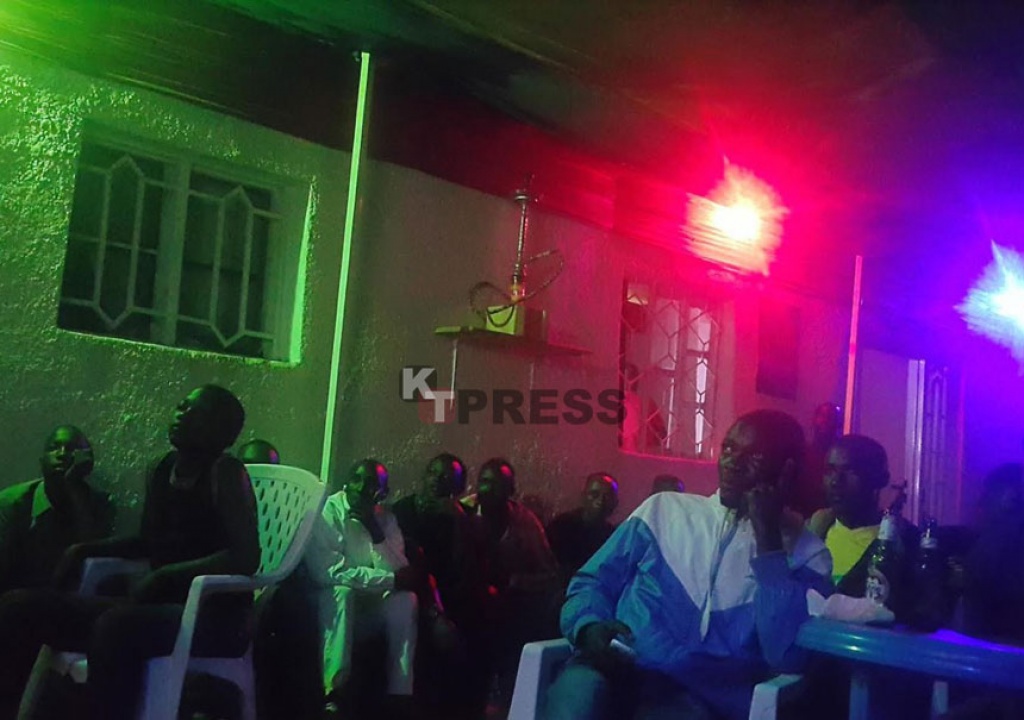 In low end pubs some clients, mostly youths carry their own shisha to the bar area

Normally, imported Shisha flavors are packed in a metallic container and sealed with carbon coil paper and coal fire on top- which is placed on top of a glass bottle containing water and the smoke bubbling starts.

However, during the late hours of the night, as everyone is busy doing whatever brought them while enjoying the loud music, there is another mix going on in the dark corners.

The shisha specialist is given specific orders of flavours. But these can be altered once he sets the shisha bottle and places the flavours inside the metallic pot.

“Some clients pour liquor inside the bottle to have a different taste. Others sometimes request for marijuana to be added in the flavours and some come along with their own marijuana,” a waiter told KT Press investigation team.

The marijuana however is smartly carried to the shisha pubs by peddlers who hang around. When ordered, it is ground into flour form so that one can easily add it in the shisha mix.

Sources who spoke to KT Press said that this extra ingredient (like marijuana) is paid separately with an additional cost of about Rwf2000 above the cost of a Shisha round.

Normally a piece of marijuana roll costs about Rwf300 on the streets. The clients who buy it know the spots and the suppliers and before going for shisha, some of them in posh cars park and order for it and it is secretly delivered in an empty match box.

With the loud music and the many activities going on in this these bars, no one seems to care or get interested in what others are puffing more especially in affluent bars. In low end pubs some clients, mostly youths carry their own shisha to the bar area.

The shisha smoking groups are discreet. Most of them know each other which makes it easy to go to an extent of sharing the same pipe even when it is hygienically unhealthy.

Users don’t have to wait to go to the bars and pubs. Others purchase the shisha equipment and throw house parties at different intervals to share smoke from a doctored concoction.

“It’s not possible to penetrate the Shisha groups. Once one is known the signal for adding weed is made to the person who serves Shisha. Sometime my friends add milk to it, which makes them even high compared to marijuana” says one of the consumers at the pub.

Sources also stated that the suppliers of the Marijuana are unemployed youths, most of them who have grown around the slums in Nyarutarama and have dropped out of school as a result of smoking marijuana at a young age.

On the other hand, the plain shisha cocktail is the best and most popular especially for young women and most people look out for it and smoke it publicly with normal flavors.

But the dangers of shisha have left some youngsters dropping out of the game. Derrick Muhoza (not real name) a former shisha smoker explains that he quit because of too much smoke in his body.

Muhoza however, says “I didn’t know that marijuana can be added but it is something cool. I would love to explore that part after all” he says.

In Rwanda, there are laws banning smoking cigarettes and shisha in public but it is easier to chase away a cigarette smoker from the bar, but not a shisha smoker. 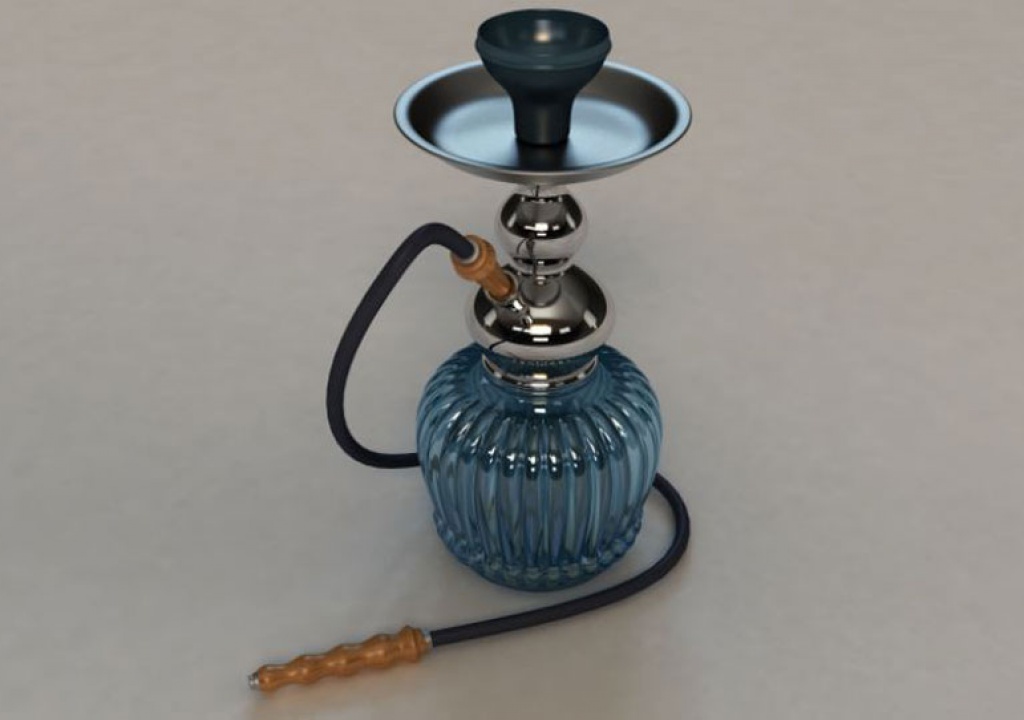 Shisha a danger of its own

UN Clinic medical specialist in Rwanda, Dr. Abanda Tueche on bursting the shisha myths says that 40 – 80 minutes of shisha is equivalent to 100 cigarettes.

Shisha contains flavoured tobacco and nicotine which by burring charcoal exposes one to carbon monoxide.

“By its contents shisha is very dangerous and some people have been lied that shisha cures diabetes, which is not true,” said Simon Pierre Niyonsenga the Director of Diabetes Unit at Rwanda Biomedical center (RBC).

Rwanda has not banned Shisha in public places, despite an existing proposed draft law and ministerial directives barring cigarette smoking in public in a country which has at least 13% smokers of the estimated 12 million.

“We see shisha as another social problem and when you look at the way shisha is consumed in low and high-end bars, it is like another kind of drug abuse,” Kaboneka said recently.

While no violence has been recorded as a result of smoking shisha, police records indicate that drug abuse is the highest cause of crime, which includes physical violence and child abuse among others.

With $100,000 funding to keep Kigali among the top 50 ‘Healthy cities’, Rwanda Biomedical centre, National Police and the city of Kigali are currently devising a plan to have Shisha banned from public places in reference to the law on public smoking which can see on sent to jail for four years. But this needs to be done with urgency before the vice spreads.