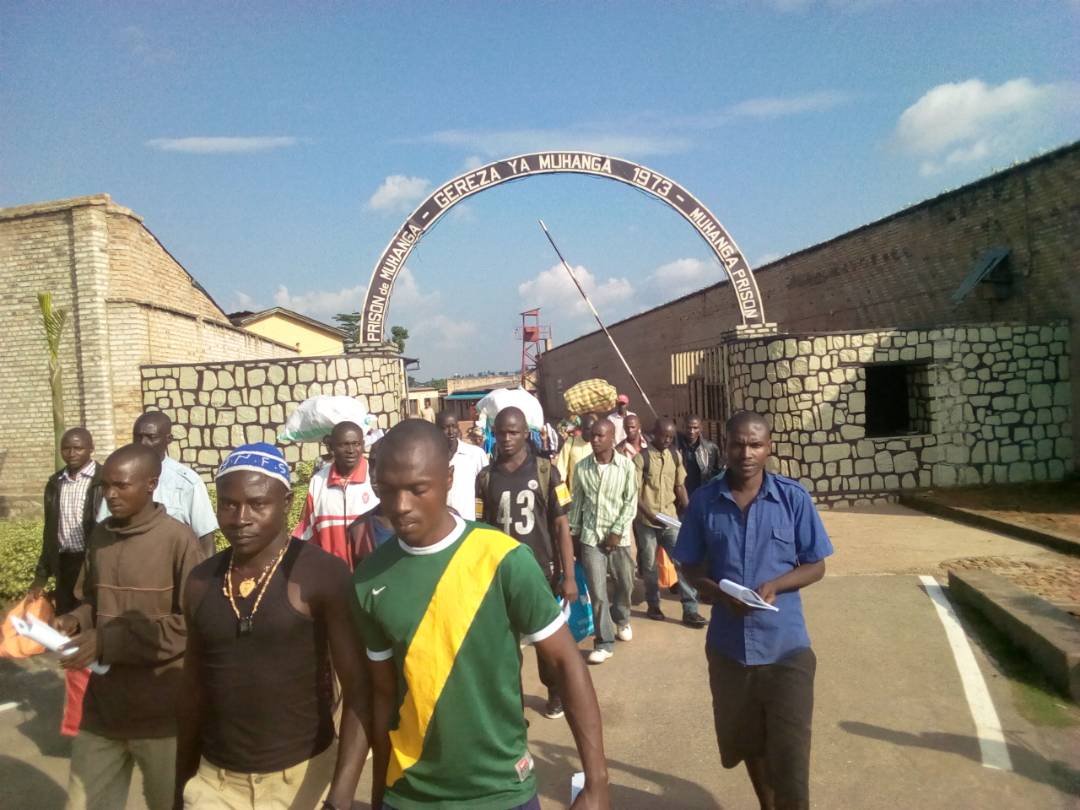 Released on Parole. Pictured here were inmates at Muhanga prison. Five inmates on the list of 392 inmates that were released on parole were sentenced to life in jail

Hundreds of families are celebrating following the release of a big number of inmates.

On Friday, January 19th, the president informed the Cabinet Meeting that he granted mercy to 18 youth who were serving their respective sentences in Nyagatare Prison and who displayed good behavior and passed national examinations with very high grades.

Among these youth, one was serving a ten-year sentence and had covered just one year, according to Chief Inspector of Prison – Senior Inspector of Prisons (SIP) Hilary Sengabo, the Rwanda Correctional Services (RCS) Spokesperson.

Others were serving between 3 to 5-year sentence. 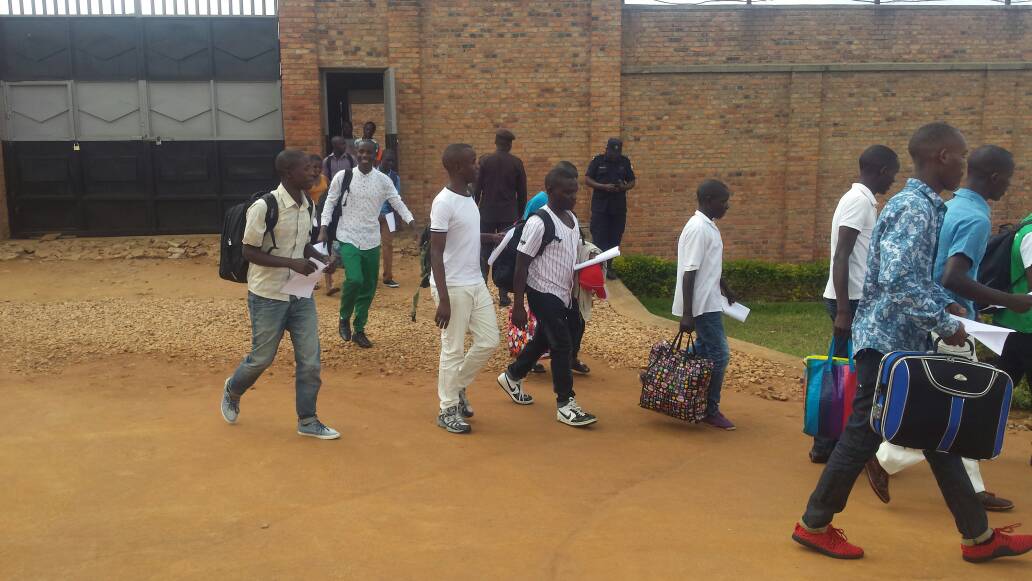 Bye bye, prison. We will not do wrong anymore. One of these youth would have to remain in jail for 9 more years if he was not pardoned

The same cabinet meeting approved the Ministerial Order granting release on parole to 392 inmates who have fulfilled legal requirements.

Parole is a temporary release of a prisoner who agrees to certain conditions before the completion of his sentence. 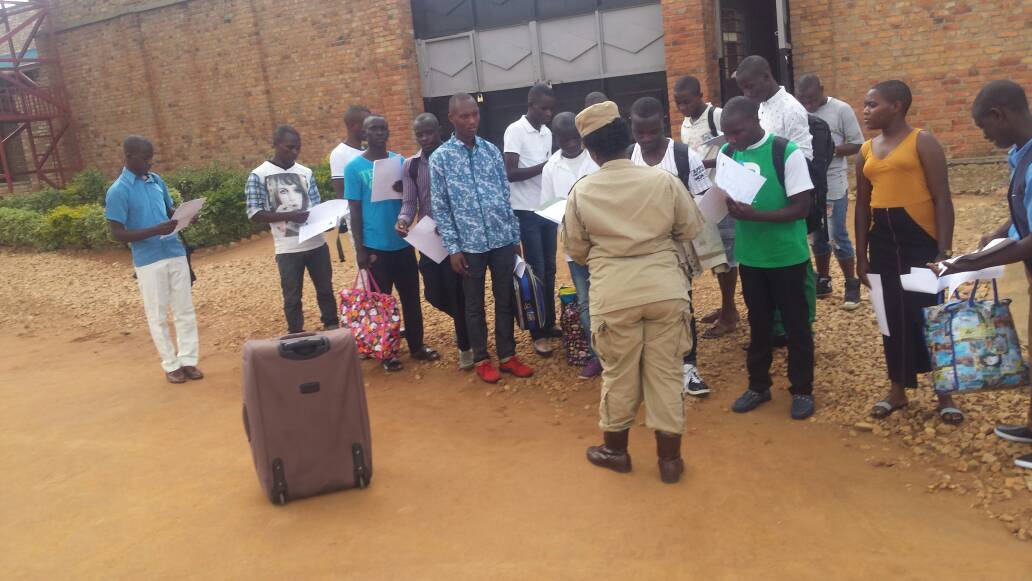 Briefing before boarding to home

The last person in both categories was released on Sunday.

CIP Sengabo told KT Press that the list of inmates that were released on parole include 5 inmates who were serving a life sentence.

Sengabo said that it is not for granted that the inmates were released.

“Release on parole is possible for people who were sentenced to life in jail who have already served 20 years exhibiting an exemplary discipline all along,” he said. 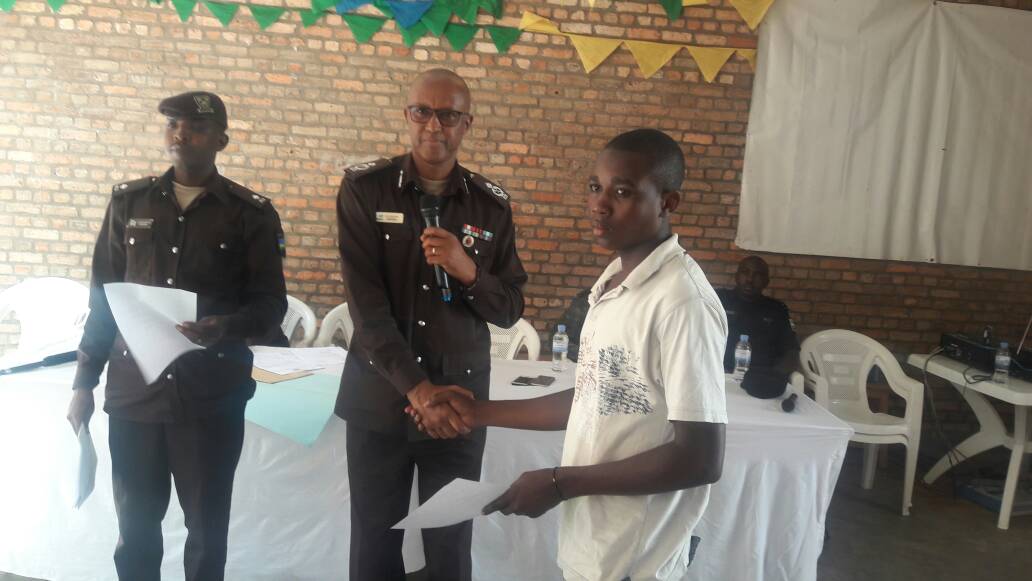 “For those who were sentenced to less than 30 years, parole is also possible when they have served two thirds (2/3) of their sentence. Discipline condition applies to either category.”

Back to the release on parole, there are categories of inmates who do not qualify and these include; inmates that were sentenced over Genocide crimes and crimes against humanity, torture, and molestation, just to mention a few.

For cases of parole, Sengabo said, inmates who think that they qualify to apply for it, and RCS does a screening and then submits the list of those who qualify to competent authorities. 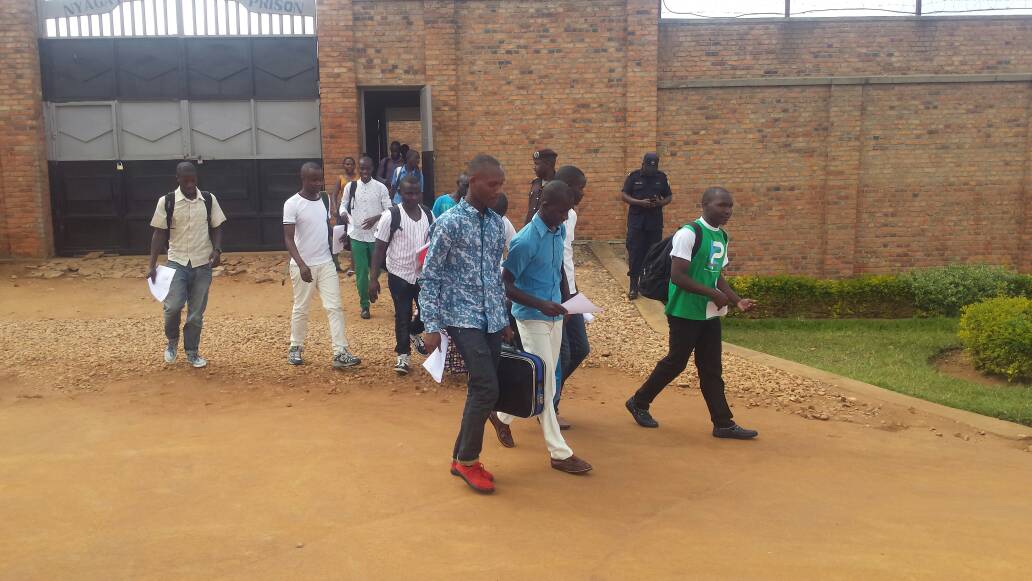 “They(authorities) are invested with power to grant the release on parole or not,” he said adding that, leaving other factors constant, a high discipline while in jail, respect of the prison rules and regulations is the way to go.

The children did not apply for pardon; it was a gift from the Head of State.