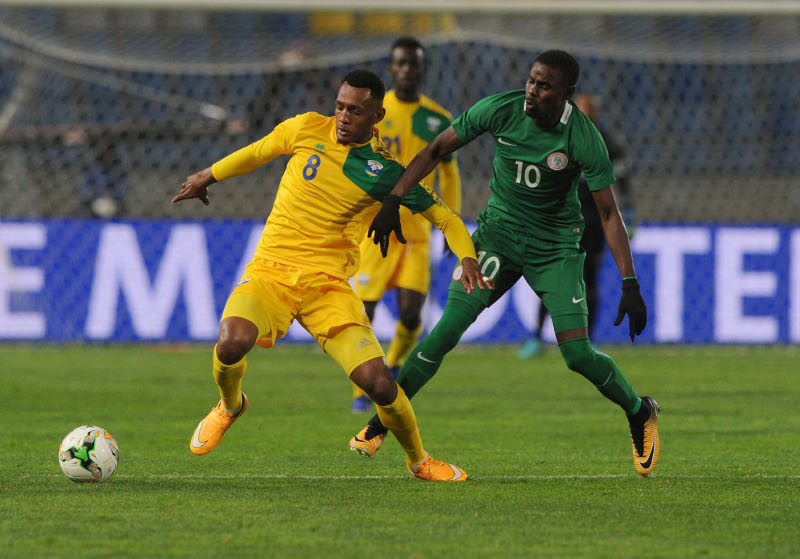 Rwanda secured a point in their opening Group C match against Nigeria of the 2018 CAF African Nations Championship played on Monday at the Grand Stade Tanger in Tanger.

The Amavubi game started on a low note, playing a more defensive game as Nigeria pushed forward. In the 10th minute, the hosts Nigeria hit the cross bar through Adelemi Faleye.

However, Rwanda remained unmoved as they stuck to their solid defending and good midfield display.

In the 26th minute, Rwanda had their first attempt on goal but goalkeeper Ikechukwu Ezenwa was in the right position to stop a goal-bound shot.

On 34 minutes, the Eagles were awarded a free-kick on the edge of the box after a foul on Faleye but Osas Okoro’s effort was blocked by the Rwandan defensive wall.

Stephen Eze went close on 37 minutes after connecting with a header from Daniel Itodo’s long throw.

A minute later, Ali made an attempt from close range after Rwanda keeper poorly punched Okoro’s cross but the Kano Pillars midfielder hit his left-foot strike just over the bar.

In the 51st minute, Rwanda went close following a dangerous ball across the Eagles box which went away from danger.

Towards the last 20 minutes, the Amavubi grew in confidence and Eric Rutanga saw his curling effort from a set piece missing the top right corner by inches.

In the 80th minute, Nigeria was unlucky not to score as Eze saw his well-taken header coming off the left post once again.

Amavubi also had a free kick in the dying minutes of the game which was taken again by Rutanga but didn’t materialize as his cross was headed away by the Nigerian defense.

Meanwhile, Djihad Bizimana was named man of the match following his excellent individual performances in the game.

With a goalless draw, Rwanda secured a point and is left with two matches against Equatorial Guinea on Friday, January 19 and Libya on January 23 before completing her group stage campaign.

Made in Rwanda Guitar for 2019