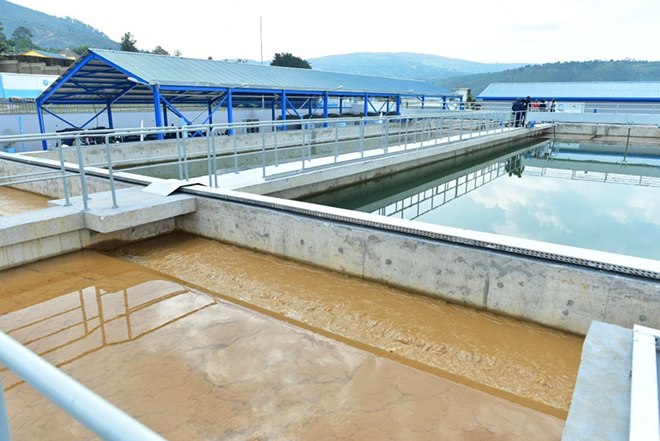 Rwanda’s Water and Sanitation Corporation (Wasac) has launched a new technology that will help to regulate water levels and flow to serve its clientele effectively and prevent losses.

Kigali city residents have always criticized Wasac for failure to provide enough water. Some neighborhoods spend weeks without a drop of water.

Wasac attributes the problem to inadequate infrastructure which they claim, are old and incapable to carry water to the destination.

Barely no day goes by without water pipes getting broken.

The Supervisory control and Data Acquisition (SCADA) a new software the company has acquired will first be used in monitoring water levels at water reservoirs in Kigali, then to countryside reservoirs.

Later on, it will also serve to detect water leakage spots for Wasac to provide quick response, according to Methode Rutagungira, Director of Urban Sewerage and Sanitation Corporation.

According to Rutagungira, Scada is coming to save Wasac from huge losses it was incurring every year.

“We have been losing Rwf 28.8 Million annually. We hope this new technology will help us address the issue,” Rutagungira said.

“In the next two years, this software will help us detect water leakage areas that will tremendously cut off loss of water.”

This, said Rutagungira will exceed water demand in Kigali by 20,000m3.

Nzove III is joining other water treatment plants including; Nzove II by Culligan, an American firm and Nzove I that produces 40,000m3 respectively.

Ideally, every city dweller should consume 100 litres per day, but Kigali residents are still relying on an average of 40 liters.

According to Rutagungira, WASAC Ltd vision 2020 is to produce over 170,000m3 daily in Kigali city only.