PGGSS 2018 Comes with Losers and Winners 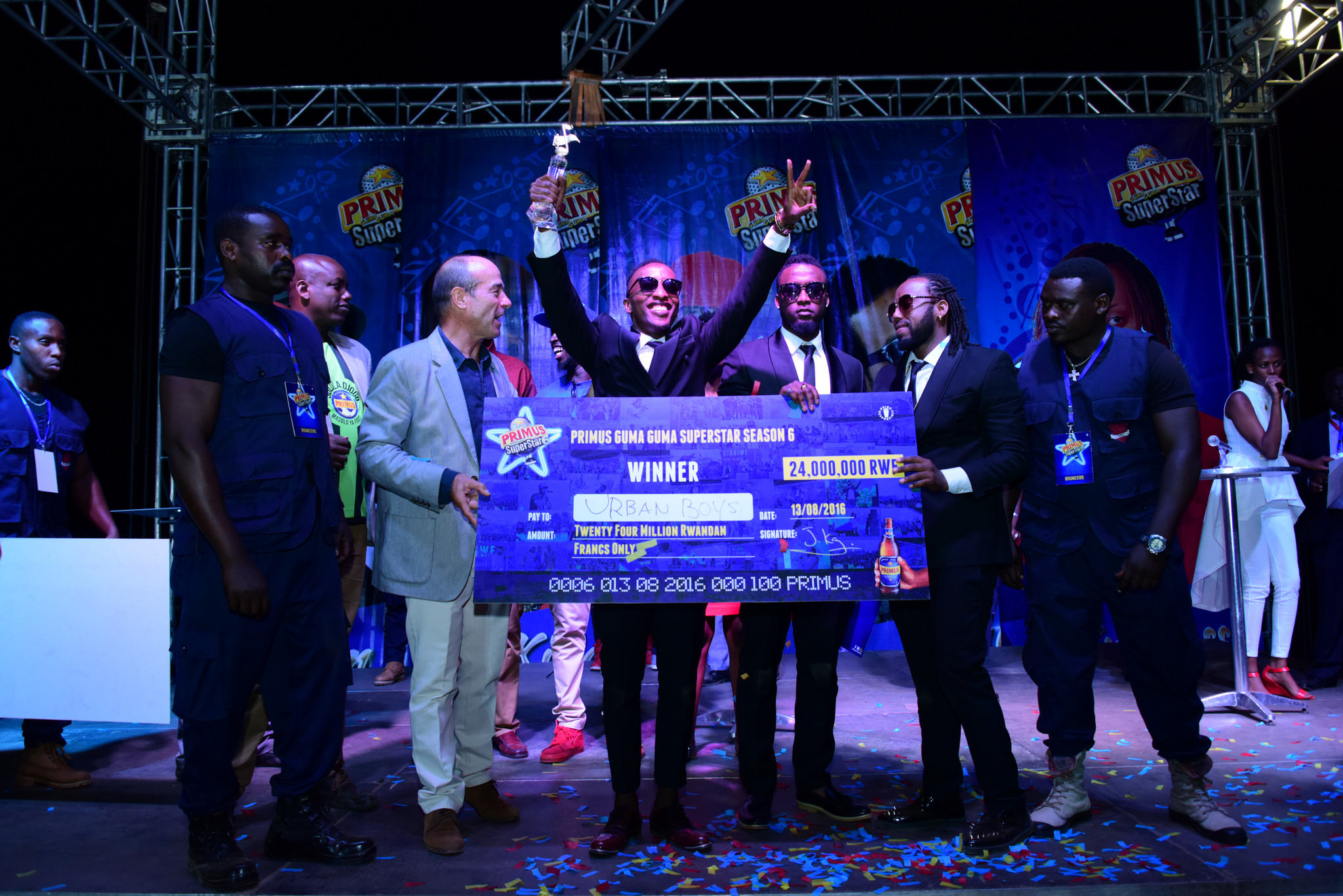 One of previous PGGSS season that was won by Urban Boys

Radio presenter Uncle Austin can now afford a smile on his face after finally getting selected to compete in the lucrative Primus Guma Guma Super Star (PGGSS) 2018 edition.

With a music career dating back to early 2000s, Austin has had an influence in the music industry, as a radio presenter and musician but had not seen a break-through despite making several singles and featuring in many collabos.

The PGGSS selections were held today with Austin, Jay C, Khalfan, Just family making it in the top ten for the first time.

Others on the final selection list include artists who have previously participated in the competition and a small representation of women in the music fraternity despite an impressive upcoming talent among female singers like Marina.

During the tight voting exercise conducted by 35 opinion leaders and media personalities in showbiz; Christopher got the lowest points (26) despite having been in previous competitions, while new face Jay C had the highest with 35 votes. 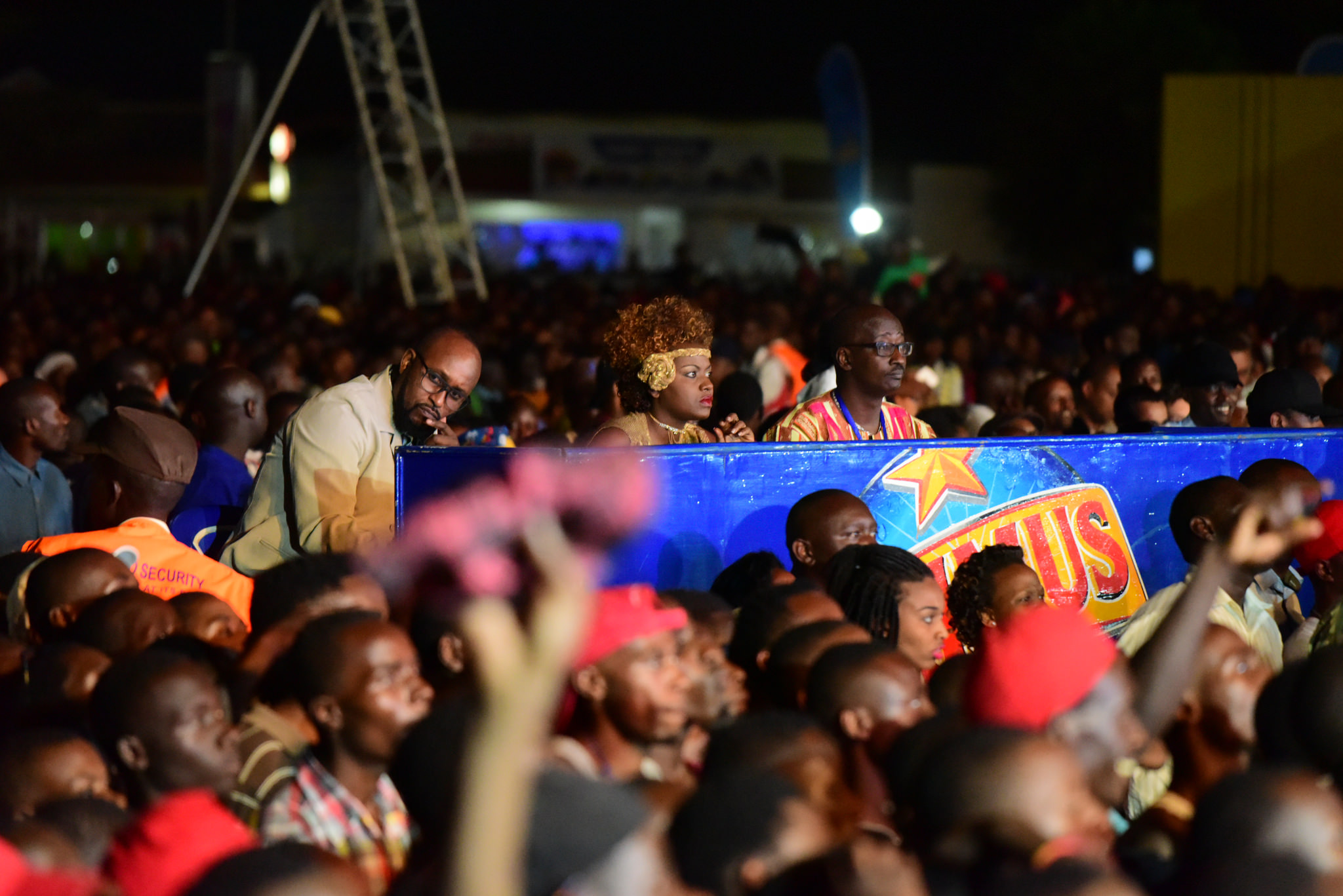 Upcoming Khalfan polled second lowest votes (29), while the rest got above 30 votes.

Even with one million francs assured as monthly facilitation for each artist, divas Charly n Nina plus upcoming RnB singer Buravan opted out of the competition.

The competition, with a top cash prize of Rwf24million, is expected to take five months starting this March 2018.

However, this duration didn’t work out for the ‘Charly n Nina’ duo who are eyeing a lucrative music deal with promoters based in Europe which is believed to be the cause of their recent breakup with their manager, Alex Muyoboke who ‘fixed’ the line to stardom in the past five years.

“It won’t be possible for us. We have already made work commitments and the deal is done. We cannot therefore be available in this competition because we shall be performing in Europe,” Nina said.

One of the new entrants Khalfan said: “I thank God for this opportunity to be part of Guma Guma, of which I didn’t expect at this age. God willing I will show my best with music which is very good.” 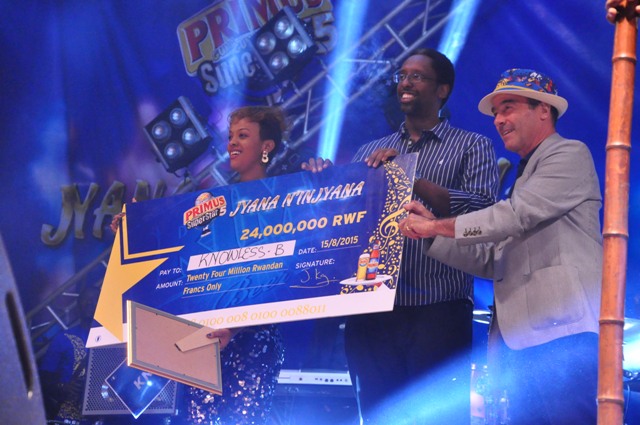 Butera Knowless receiving PGGSS dummy cheque. She is the only female artist who won the prize since Guma Guma was launched seven years ago

Age limits have been a serious blockage to some of the popular and funny artists like ‘Danny Vumbi’ and ‘Senderi International Hit’- with the latter commonly known for his creative dressing and fun during the countrywide tours.

Since inception, only one  woman Knowless Butera has managed to win this competition in its 5th edition in 2015.

The 2017 winners were Dream Boys, becoming the second group to win the music contest after Urban Boys in 2016.

Nyaruguru Thunder Strike: Tales of The Pastor Who Lost 15 of His Flock