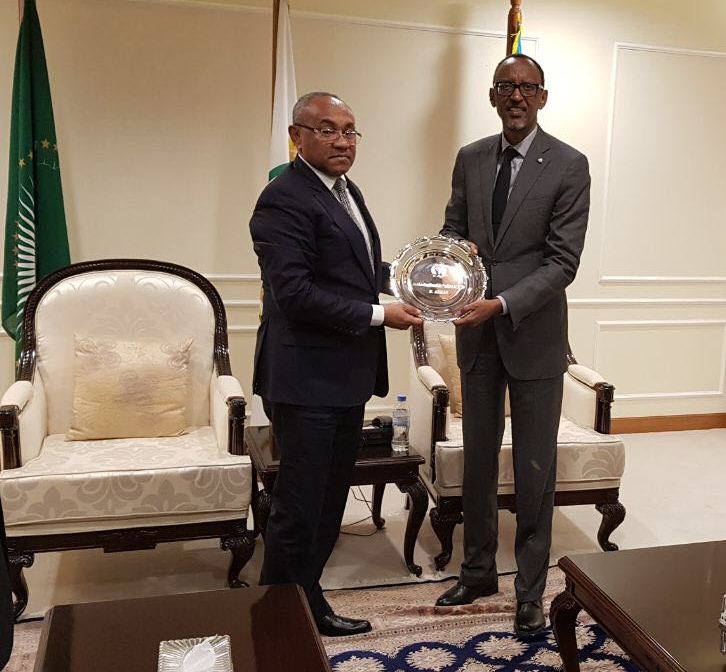 Ahmad arrived in Rwanda on Saturday for his first official visit as head of the African football’s governing body a year after his election.

Ahmad paid tribute to President Kagame’s passion and love for football, particularly commending him for his continued financial support toward the regional CECAFA Kagame Cup competition that attracts top clubs from more than 10 regional countries.

He also thanked him for the support accorded to him during the elections of the CAF Presidency last year. 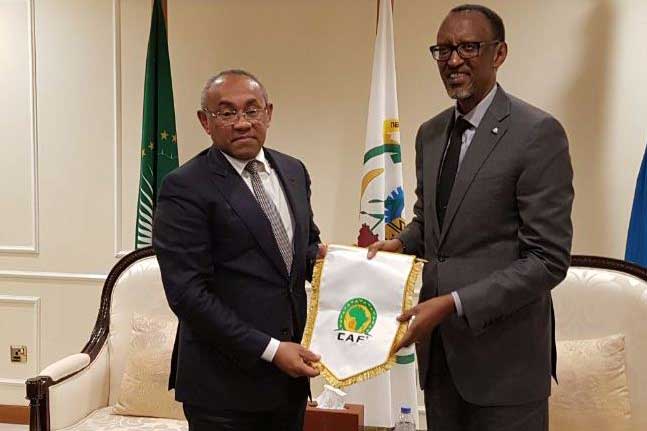 During his visit, Ahmad paid a memorable visit to the Kigali Genocide Memorial Centre on Sunday, were he had had a first-hand sense of the horrors of the past that led to the 1994 Genocide in which up to one million innocent Tutsis and moderate Hutus perished in one of the most horrible and systematically planned genocides in history. 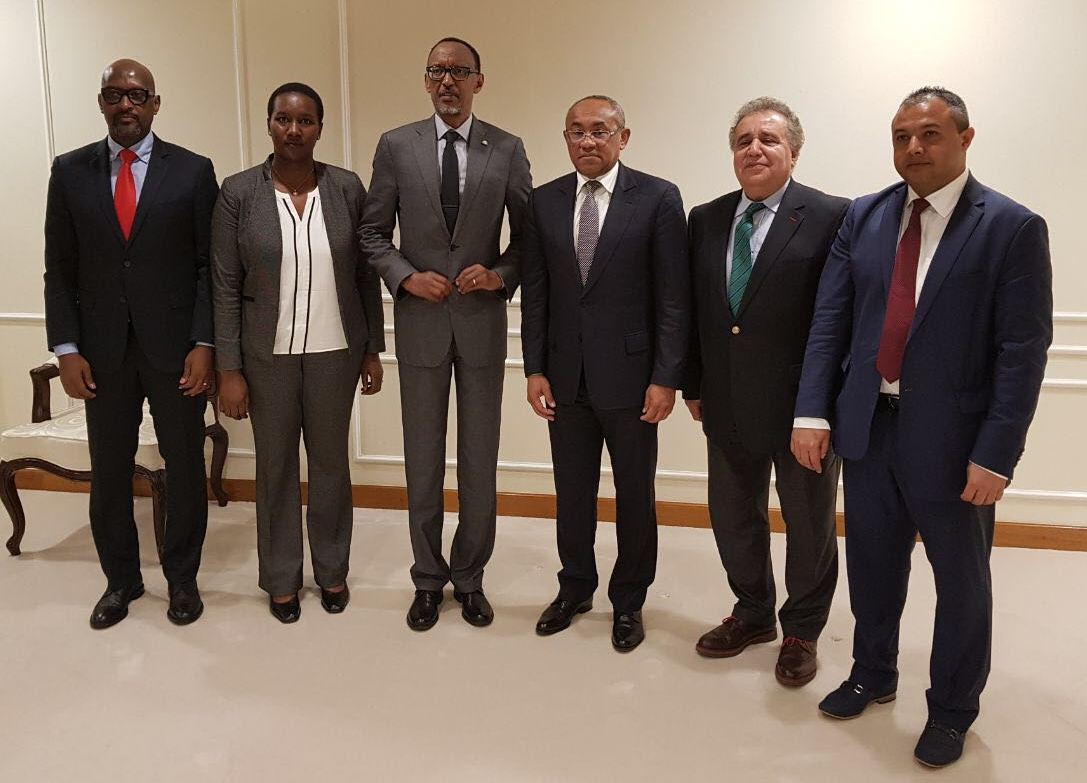 President Ahmad donated $2000 to go into the maintenance of the centre and in their campaign of continuous genocide prevention and the fight against genocidal ideology.

Rwanda Will Not Return Mistreatment Against Uganda