Rwanda Will Not Return Mistreatment Against Uganda 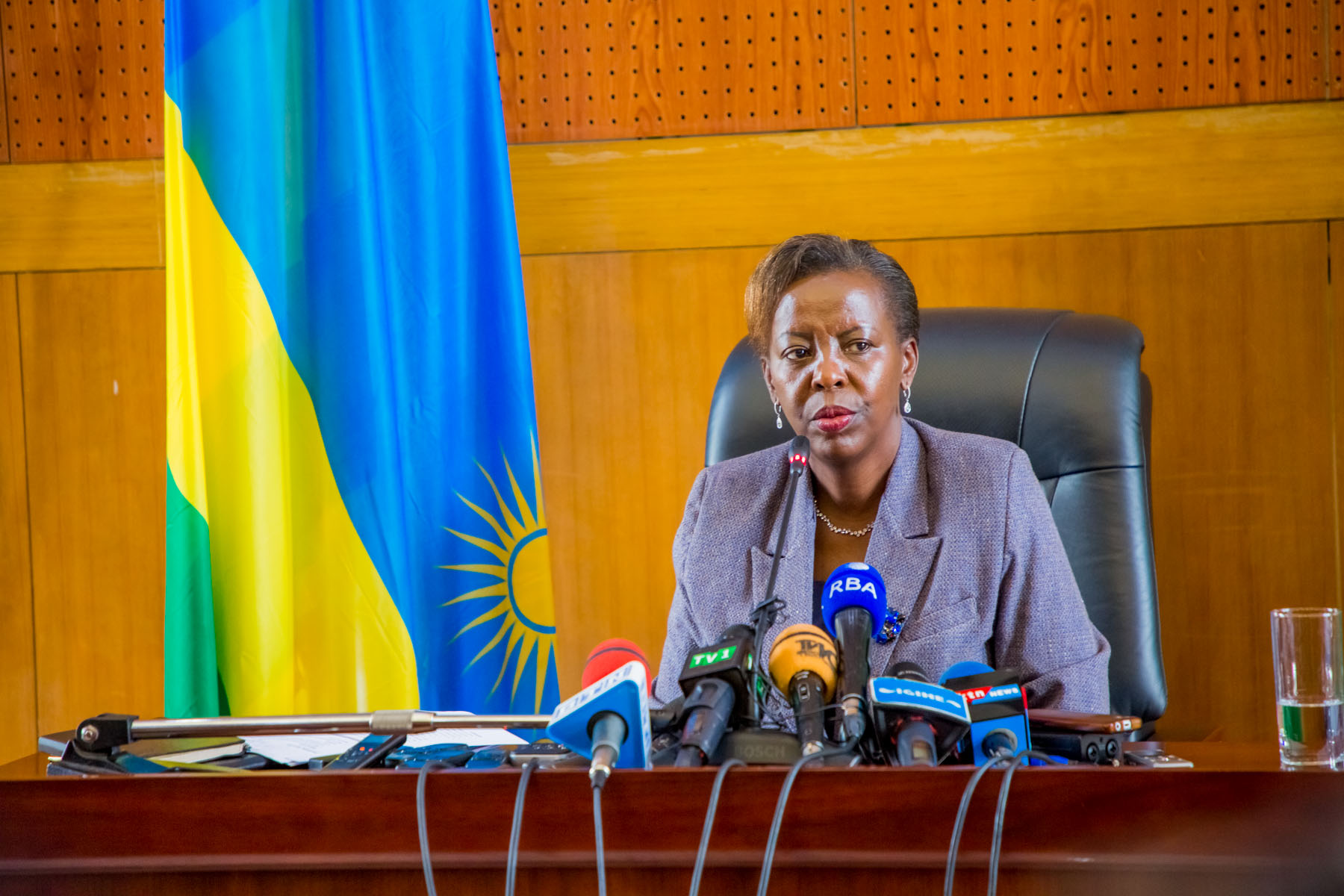 Louise Mushikiwabo, Minister of Foreign Affairs gave an answer to quite many questions on current affairs

Rwanda has taken a firm decision never to reciprocate mistreatment against Ugandan citizens in Rwanda, in response to recent incidents where Uganda has been arresting, torturing and abusing Rwandan citizens before deporting them.

Louise Mushikiwabo, Minister of Foreign Affairs of Rwanda has said that Rwanda was saddened by such behavior from its neighbor.

During a press briefing in Kigali on Tuesday, Mushikiwabo said that despite the events in the past few months, Rwanda has not reciprocated similar treatment to Ugandans in Rwanda, rather engaged Uganda in discussions to iron out the issues.

“We share a lot in common with Ugandans. We share the same blood. Rwandans cannot hurt Ugandans,” she said.

During the Press conference Mushikiwabo addressed current diplomatic issues one by one, as the media brought them to her attention.

France-Rwanda relationship is always on agenda of the media who need to get an update on this country which has never had cordial relations with Rwanda because of its alleged role in the 1994 Genocide against the Tutsi.

On Tuesday, however, Mushikiwabo said that French President Emmanuel Macron is changing the narrative.

“President Macron is signaling willingness to work on relations with Rwanda,” she said, citing his recent meeting with President Kagame.

However, Minister Mushikiwabo said that the issue has always been some French officials pushing Relations to bend on the ground of silencing Rwanda from exposing their role in the Genocide.

President Kagame met with Macron on the sidelines of the International Solar Alliance Summit (ISA) that concluded on Sunday in New Delhi – India.

The issue of Israel Migrants is also still the talk in news circles. A couple of months ago, there were media reports that African migrants in Israel protested “the Israel deal to transfer them to Rwanda.”

Rwanda refuted having any deal with Israel in that regard. Two statements were issued by Rwanda in January and February respectively with Rwanda saying its position; only to follow international rules and treaties to host migrants who are in need of a shelter.

Mushikiwabo reiterated this commitment of Rwanda and said Rwanda is ready to receive any African migrants seeking safety in Rwanda.

“We have the basics to cater for migrants,” she said.

For this particular question of migrants in Israel, she said they have held talks with the state of Israel concerning sending the migrants, but haven’t confirmed which number will come.

The question of migrants brought the media to a recent case where Congolese refugees in Kiziba camp -Western Rwanda demonstrated following decision of UN Refugee Agency to reduce their rations.

The refugees staged a confrontation against the Police.

“Any issue of refugees is complicated. Revolt in the refugee camp in Karongi was very unfortunate. Back in 2000s, Rwanda had actually offered an opportunity for them to acquire citizenship, but they declined,” Mushikiwabo said.

“The issue was mainly caused by a group of refugees who are seeking refugee status in the west while limited funds were a small part of the issue.”

Mushikiwabo further said that for anybody willing to go back home, “we are ready to facilitate them.”

The Minister also commented on a very funny matter where the recent Burundian refugees who flocked to Rwanda in thousands fleeing insecurity in Kamanyora-Democratic Republic of Congo.

It was reported that some of them refused to be registered using digital imprint citing their beliefs.

“We got an issue of a group among the refugees who do not believe in their children being vaccinated, not interested in technology (refusing electronic registration). This is something we are dealing with,” she said.

On the issue of second-hand clothes between African countries and the United States.

It has been reported that US threatened to cut business with countries that are not friendly with trade of second hand clothes.

The country for example said they will remove countries that are not willing to facilitate trade of second hand trade on the list of African Growth and Opportunity Act (AGOA).

The legislation enhances market access to the US for qualifying Sub-Saharan African (SSA) countries.

According to Minister Mushikiwabo, negotiations have been ongoing for the past one year.

“We believe there is room to reach a common understanding. We believe that East Africa should not be penalized,” she said.

Meanwhile, Minister Mushikiwabo told the media that 26 Heads of State and several other high level delegates have confirmed their participation at the upcoming extraordinary African Union Heads of State Summit due in Rwanda.

For Minister Mushikiwabo, “The AU reform is on and irreversible,” she said.

She however added that there has been some reluctance on the part of some countries, “but the progress is happening. The drive for self-financing mechanisms and prioritization of AU projects is picking up,” she said.

High on the agenda of the Extraordinary AU Summit, Mushikiwabo said, will be adopting the Continental Free Trade Area (CFTA).

President Issoufou Mahamadou of Niger is heading the CFTA policy that seeks to liberalize on trade in goods and services on the continent.

Under the CFTA, it is expected that the current slow pace of intra-African trade can change since Africa will this time, effectively address supply side constraints and weak productive capacities, infrastructural bottlenecks, trade information networks, access to finance for traders and other economic operators, trade facilitation and trade in services and free movement of people for cross-border trade.

Meanwhile, while commenting on the recent deaths of Rwandans hit by lightning strikes in some parts of the country, Minister Mushikiwabo said the government commiserates with families of the victims.