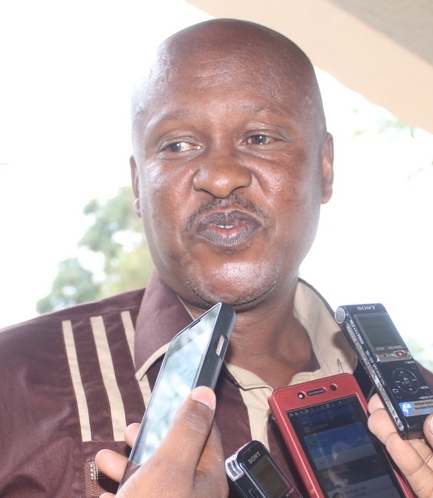 Rtd. Brig. Gen. Sekamana Jean Damascène has been elected as the President of Rwanda Football Federation.

The FERWAFA Elective General Assembly held at Lemigo Hotel on Saturday elected the new President who will serve at the helm of Rwanda Football Federation Management for the next four years, replacing Nzamwita Vincent who has been in the position since 2014.

Rtd. Brig. Gen. Sekamana garnered 45 votes out of the 53 casted to defeat Rurangirwa Louis who only managed 7 votes. One invalid vote was registered.

Addressing the General Assembly, Sekamana thanked members for the trust they have given him to govern the country’s football body.

The former SC Kiyovu president Sekamana will head the football body for the next four years and promised to work on bringing back a good relationship with stakeholders and to develop the sport, which is the most popular in the country.

He noted that, “We must work together as a group to improve the game. We need teamwork to reach our target. This way, we shall be able to take Rwandan football to a higher level.”

“We have many talents out there and it’s our responsibility to go back to our respective zones and work to ensure that we raise these kids, both boys and girls,” he said, quoting his manifesto which will rely on to consolidate with what has been done by the previous administration to take the sport to the next desired level.

The newly elected Ferwafa President Retired Brig. Gen. Sekamana and his Executive Committee will serve a four-year renewable term from 2018 to 2021.