The previous version of the story has been modified to reflect the following changes.

– In the original story, we wrote that the author was born in Ndiza, in current Muhanga district, but his real birthplace is Nyakizu in Nyaruguru district.

– CP Dr Nyamwasa’s article that was published in Jeune Afrique magazine was titled “Qui suis–je“, NOT “Les Sans Terre” as we reported earlier.

– During the liberation struggle, the RPF Inkotanyi battalion of 600 troops based at CND (current Rwanda parliament) faced such a large army force. The government army had 25,000 troops in Kigali. It means one RPF soldier had to face 40 government soldiers, known then as FAR. Across Rwanda, RPF fought with just 12,000 troops against 35,000 FAR. In other words, one RPF soldier was to face 3 ex-FAR soldiers.

Sixty years ago, a boy was born in Nyakizu, Butare Prefecture, current Nyaruguru district and his parents called him Daniel Nyamwasa.

Two years later in 1959, his family was forced out of the country with many other Rwandans of the ethnic Tutsi by the ruling regime which had hatched a plan to exterminate them.

The family fled to Burundi. News reached them in 1961, that peace had been restored, and they did not wait, rather walked back to Rwanda.

Upon crossing the border to Rwanda, they realized that to the contrary, the hunt against the Tutsi was rather intensifying. They returned to Burundi after a short while.

No one knew that such events, and others that unfolded until the 1990s would ‘inspire’ Nyamwasa to write a book that will help generations to understand the atrocities that befell Rwanda and how young refugees worked with their fathers to bring down the evil, the ruling power that was behind them.

Dr. Nyamwasa is currently Commissioner and is the Author of ‘Le Mal Rwandais’.

In 540 pages, “Le Mal Rwandais” narrates how the events of the Genocide against Tutsi unfolded from colonial era to the genocidaire regime and the audacity that characterized the Rwanda Patriotic Front (RPF) Inkotanyi during the struggle to stop the genocide.

“‘Le Mal Rwandais’ recirds consecutive events of exterminating Tutsi since 1959 to 1994 and the impunity that continued to reign,” Dr. Nyamwasa said adding that “When a government fails and decides to exterminate its own people that is ‘Le Mal Rwandais.”

The book was presented on April 14th, at Kigali Convention Centre, during a caffée literaire, a forum organized by the Commission for the Fight against the Genocide (CNLG) to bring together authors and motivate them to tell real stories of the 1994 Genocide against Tutsi.

The event was graced by the First Lady, Jeannette Kagame and other top officials including the Minister of Culture Julienne Uwacu and the Inspector General of Police CG Emmanuel Gasana.

Originally, Dr. Nyamwasa was not an author, but while in Burundi, he got an opportunity to enroll for Primary, then secondary education and then medical program at university.

He would later on join RPF Inkotanyi in the struggle to liberate Rwanda in 1990.

From the time when he was a teen, he started to understand the real threats of his community of Rwandan refugees and the inspiration to write, speak, serve fellow Rwandans suffering the lack of an identity started from there.

Most especially, the event that triggered his desire to put the pen to paper was in 1982 when Milton Obote, then President of the Republic of Uganda, decided to chase Rwandan refugees back to Rwanda. 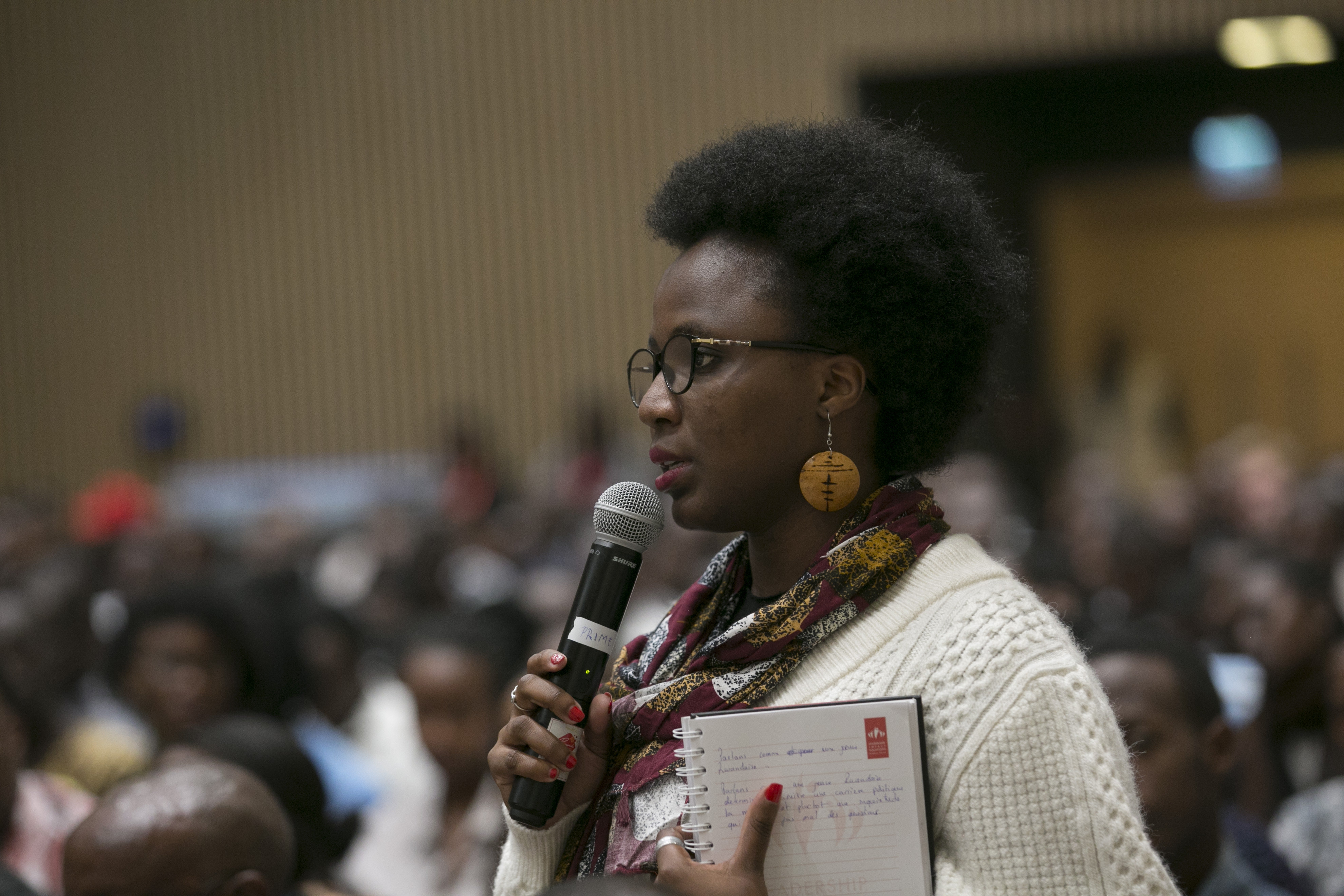 Despite being in Burundi, the understanding of Nyamwasa was that all Rwandan refugees, regardless of the host country were concerned.

“Our homeland kicks me out and the host country kicks me back,” he said adding that the sorrow and fear Rwandan refugees were feeling pushed him to write his first story “Qui suis-je” in Jeune Afrique Newspaper to literally mean “Who Am I.”

“We have been scapegoats of problems of host countries. We lived under the repression of heads of State,” Nyamwasa said.

This repression urged the Author to wonder if there was a congenital hatred between Hutu and Tutsi and departing from “Les Sans Terre” he ended up writing “Le Mal Rwandais.”

“I used to write one manuscript piece of paper, then another the following day, and so on until I had a bunch,” he said jokingly to explain how the book was not written in hustle.

The book details people and events that uprooted social bonds among Rwandans.

Of those, he cites Jean Kambanda, a Genocidal Government Prime Minister who supplied arms to the civilians to exterminate the Tutsi.

The behavior of Kambanda was one of the worst experience the author has ever heard; the cover of the book shows PM Kambanda in military attire, holding a gun.

Kambanda is currently serving life sentence in Mali over Genocide and crimes against humanity.

Other personalities whom, according to the author brought the evil to the country include former presidents of the first and second republic from Dominique Mbonyumutwa to Juvénal Habyarimana.

The author also points out colonial policies including introduction of identity cards with ethnic mentions. He also blames colonial regime for segregating Rwandans.

“Rwandans should keep in mind that when united they are invincible. Whenever they will accept to be divided they will find themselves into danger and no foreigner will come to help,” he wrote.

“Accepting a division is signing for death while once the battle starts, nobody knows who will win it.”

Researchers and academic community who attended the book launch had a comment to make.

Fred Kamugisha, a University lecturer saluted the courage and heroism of Nyamwasa in rebuilding the country.

“You have told us that in the struggle, one RPF soldier was fighting against 40 Habyarimana’s soldiers, I appreciate that heroism and as youth, we will not disappoint in our time,” Kamugisha said pledging his contribution on the country’s development struggle.

In fact,  during the liberation struggle, the RPF Inkotanyi battalion of 600 troops based at CND (current Rwanda parliament) faced such a large army force. The government army had 25,000 troops in Kigali. It means one RPF soldier had to face 40 government soldiers, known then as FAR. Across Rwanda, RPF fought with just 12,000 troops against 35,000 FAR. In other words, one RPF soldier was to face 3 ex-FAR soldiers.

Dr Jean Damascene Bizimana, Executive Secretary of CNLG also commended the author for the time he dedicated to writing “an excellent book” on the Genocide against Tutsi despite his limited time due to his responsibilities as both a medical doctor and a high ranked police officer.

“CNLG expresses gratitude for the contribution you offer the country and Rwandans, particularly youth as they will learn a lot from this book,” he said.