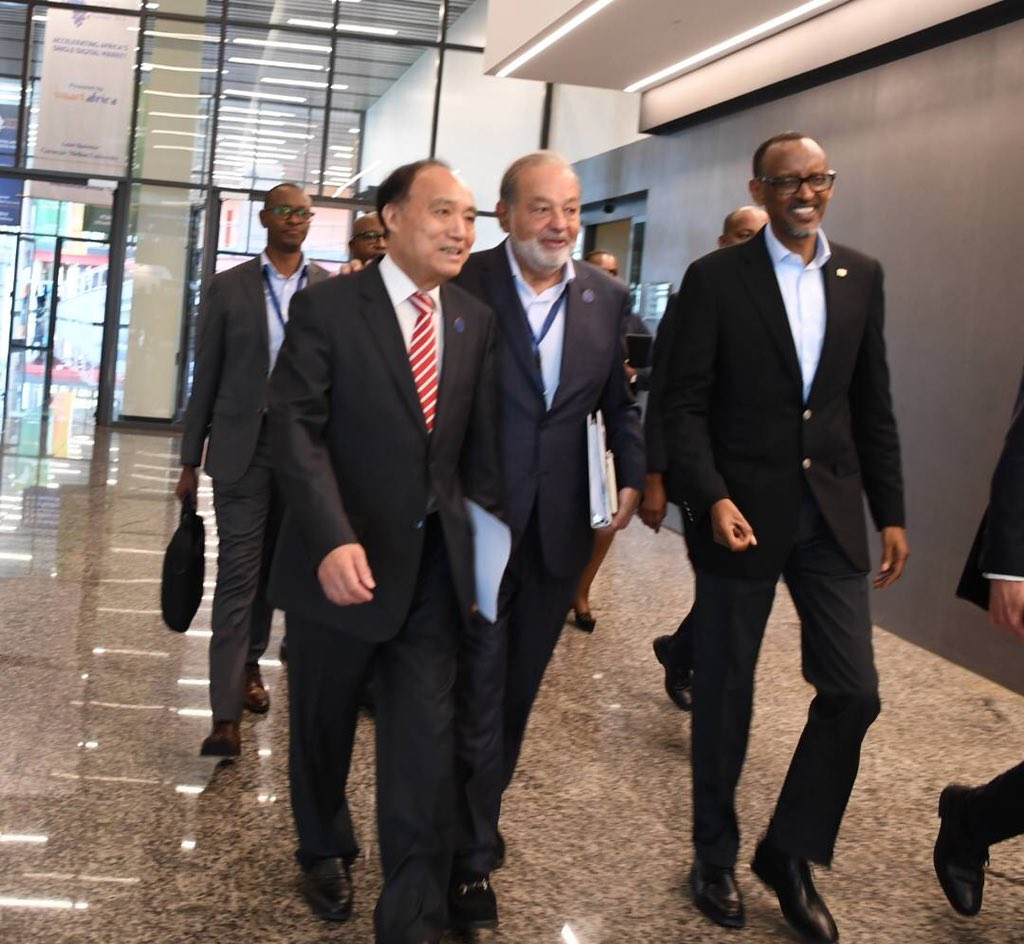 President Paul Kagame has kept his stand that Africa’s development will only happen if internet infrastructure is affordable for all.

The meeting took place on the sideline of Transform Africa summit that started in Kigali on Monday.

“Let me make a few points before we begin our session. Africa’s economic transformation requires broadband infrastructure with an emphasis on both access and affordability,” he said.

“The reality is that all other digital services whether in commerce or education or healthcare run on top of broadband.”

For Kagame, the African size and geography and settlement patterns dictates that the continent should rely on a variety of different technologies to deliver broadband including satellite, fibre optic and mobile.

“As we discuss 5G and the future of broadband let’s keep that in mind as well. It is up to us to lead the way in driving innovation both in policy and business models in order to speed up the provision of broadband where it has been slowest to reach,” he said.

This makes it a requirement to collaborate between all relevant continental institutions that also share the same mission with UNBBC. Among them, Kagame mentioned African Union and Smart Africa.

“In that respect, I am very happy to note that many of you have decided to extend your stay to participate in the Transform Africa Summit. This is going to be very helpful and productive for the summit,” Kagame said.

Also in attendance was Mats Granryd the Director-General of G.S.M.A.