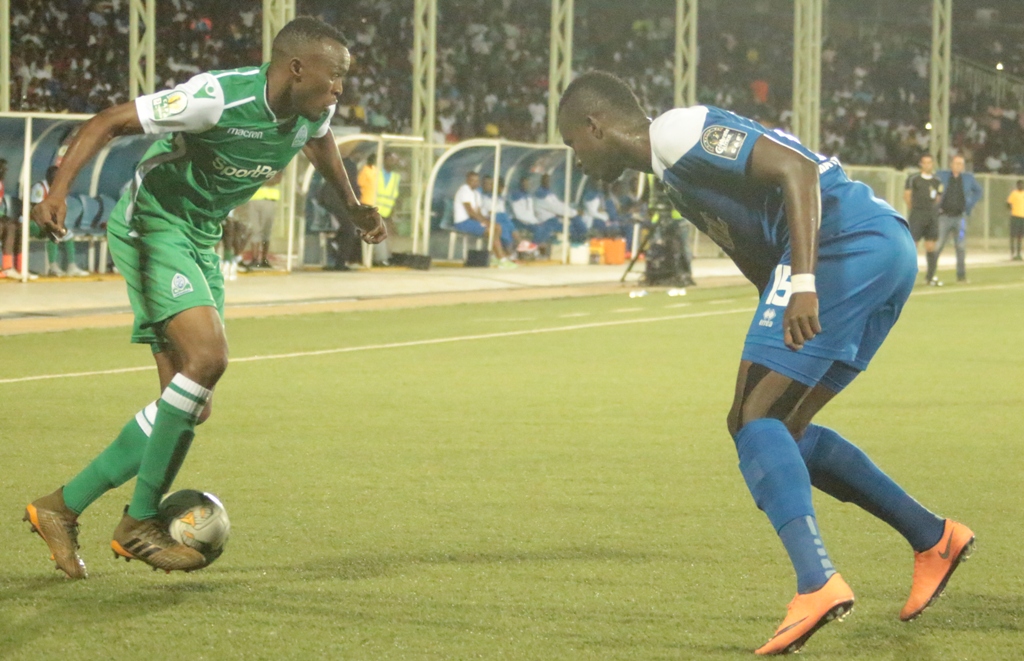 The Kenyans started the better of the two sides and opened the scoring in the tenth minute after a great passing move concluded with Meddie Kagere finding the back of the net, 1-0.

Rayon Sport, though, was not to be outdone and hit back in the 25th minute after a clinical finish from Eric Rutanga, 1-1.

The home side controlled the remainder of the first half, but their passing in the final third let them down.

Gor Mahia, on the other hand, struggled to get hold of the ball after the early goal and spent most of the opening half defending. Nonetheless, it was that stubborn defence which allowed them to go into the break locked at 1-1.

The second half failed to produce as much excitement as the first with chances on goal few and far between.

The Kenyans dominated the possession stakes in the second half, but their finishing in front of goal left a lot to be desired.

Rayon Sports lacked imagination in midfield and were unable to hold onto the ball for a long enough period to build any pressure.

Consequently, with both sides in poor form in the second stanza, the match did not see any more goals and ended all-square.

In another Group D Match, Tanzania’s Young Africans received a harsh schooling from USM Alger with the Algerian team running out comfortable 3-0 winners in their CAF Confederations Cup, Group D match at the Stade du 5 Juillet on Sundaynight.

Rayon Sports are next in action in Group D of the CAF Confederations Cup on Wednesday, May 16th away to Young Africans while Gor Mahia will host USM Alger on the same day.