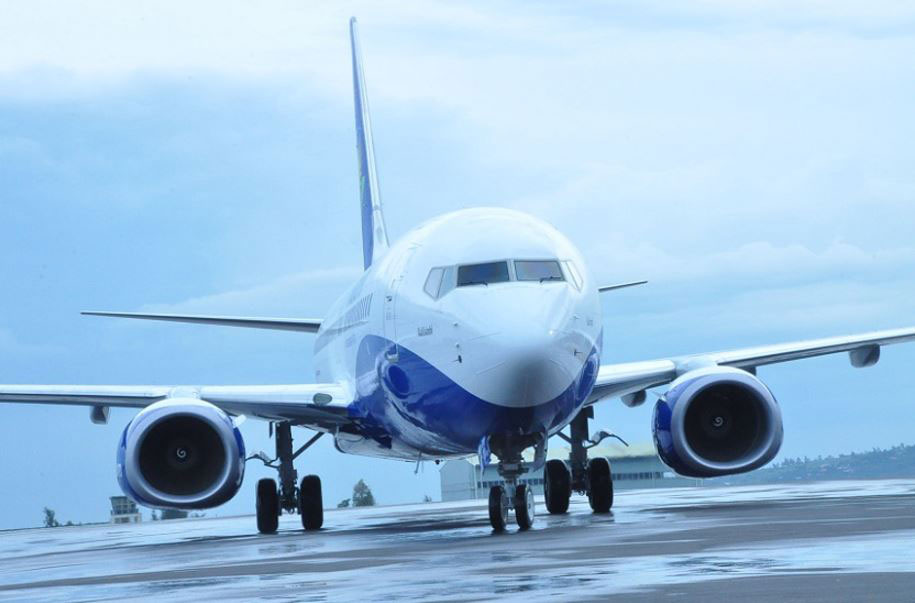 The increase, according to RwandAir officials, will be triggered by addition of 4 new destinations including; Addis Ababa, Guangzhou, TelAviv, Guinea and New York City – bringing the number of destinations to 31.

The pledge was made on Friday, August 10, 2018 when Infrastructure Minister Claver Gatete signed performance contracts with all institutions affiliated to the Ministry.

In the energy sector, Rwanda Energy Group pledged to increase the percentage of electricity access to 51 % from 45% (as of end of June this year) during 2018/19 financial year.

The increase, according to REG officials who signed the contract with minister, will connect 134,778 new households to the national grid and 68,980 using off-grid Solutions.

Water and Sanitation Corporation Limited (WASAC) which also falls under the Ministry docket, pledged to provide clean water to 335,306 new people living in Rural areas while 20,157 households in urban will get access to clean water.

To achieve its signed targets, WASAC plans to establish 4 Fecal Sludge Treatment Plants in Kigali while other 4 landfills will start at Musanze, Rubavu, Rusizi and Karongi districts during this financial year, according to its officials.

In construction sector, officials pledged to construct several stadiums including Bugesera, Ngoma and Nyagatare stadiums in Eastern Province, while Amahoro national stadium in the capital Kigali is set to be upgraded.

The 30,000 seater stadium is the country’s largest multi-purpose stadium hosting football matches, concerts, and public events. It was inaugurated in 1989.

Other activities pledged by the officials is to relocate 967 households living in High Risk Zones and resettle them in planned settlements.