President Paul Kagame has told a World Bank Financing Forum in Rwanda that Africa is on the right track to attain its investment targets, despite remaining with some distance to move.

Addressing the World Bank’s annual Development Finance Forum in Kigali on September 11, Kagame said that in Africa, there’s a chronic deficit of large scale economic funding but such forums by development partners signal there are a positive way to development.

“The three priority areas have been chosen with consideration. Housing finance, tourism and agribusiness are all expanding rapidly in our region. These industries can energize the economy as a whole particularly the service sector,” Kagame told delegates at the forum. 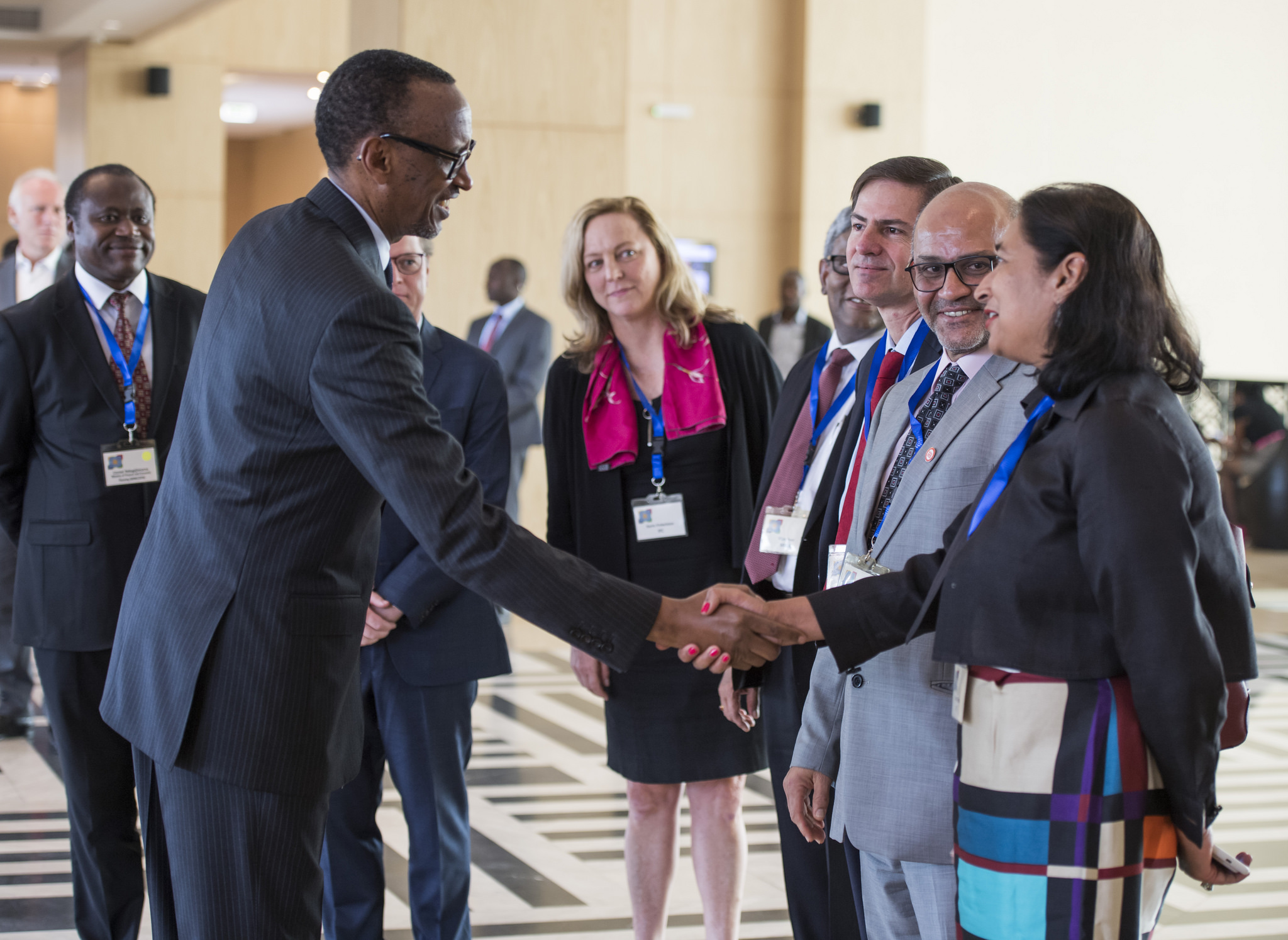 He, however, reminded that the region and the continent as whole still lack the capacity to produce high quality products.

“But despite the strong prospects we are far from tapping the full potential or even meeting existing demand for affordable high-quality products,” he said.

But President Kagame added: “It is gratifying to see such strong participation from around East Africa and even beyond joining the very substantial delegation from the World Bank Group. The focus this year is investment opportunities in the East African Community.”

“The heart of the Bank’s “Maximising Finance for Development” perspective is that public development funding is increasingly scarce and that prosperity is generated when government and business are working well together,” he added.

However, for instance, some experts in the priority areas of this year’s forum highlighted lack of political will by member States in the continent as key issues behind slow development.

“The issue is political will than resources,” Clare Akamanzi – Chief Executive Officer of Rwanda Development Board (RDB) said at an earlier panel.

For instance, Akamanzi said, if all East African member states; Rwanda, Kenya, Tanzania, Uganda, Burundi and South Sudan practically merged their combined efforts in doing business, “EAC could be number 6 in Doing Business in the World and beat USA, UK and others if it took the best practices from each member country.”

Axel van Trotsenburg, the World Bank Vice President of Development Finance (DFi), said that the Bank proved wrong those who think that the continent has no capacity to investment.

“Africa does have the absorptive capacity for private investment. Yes, we can do it together, and boost shared prosperity,” he said.

At the bank, Trotsenburg oversees strategic mobilization of resources, including for the International Development Association (IDA) and International Bank for Reconstruction and Development (IBRD), as well as a multi-billion dollar trust fund portfolio.

For him, “There are exciting opportunities to invest in agriculture, housing and tourism in Africa, and the World Bank Group stands ready to support private and public investors by putting its money where its mouth is.”

But on the Agribusiness area, Vera Songwe – Executive Secretary of the Economic Commission for Africa (ECA) said that women rights and access to land should be considered.

“Women’s land rights is crucial for the growth of Africa’s agriculture sustainably and equitably.  Women use better seeds and fertilizer,” she said.

Meanwhile, to increase a push on sustainability of public-private investments in Africa, President Kagame who is the current chairperson of the African Union and head of the body’s reform process, said that inclusion of business leaders at African Union Summits “is now routine and that is making a difference to the quality of dialogue.”

“Public-private collaboration is also the driver of recent achievements at the level of the African Union particularly the Continental Free Trade Area,” Kagame added.

This year’s forum is organized under the theme “Unlocking investment Opportunities in the East Africa Community.”