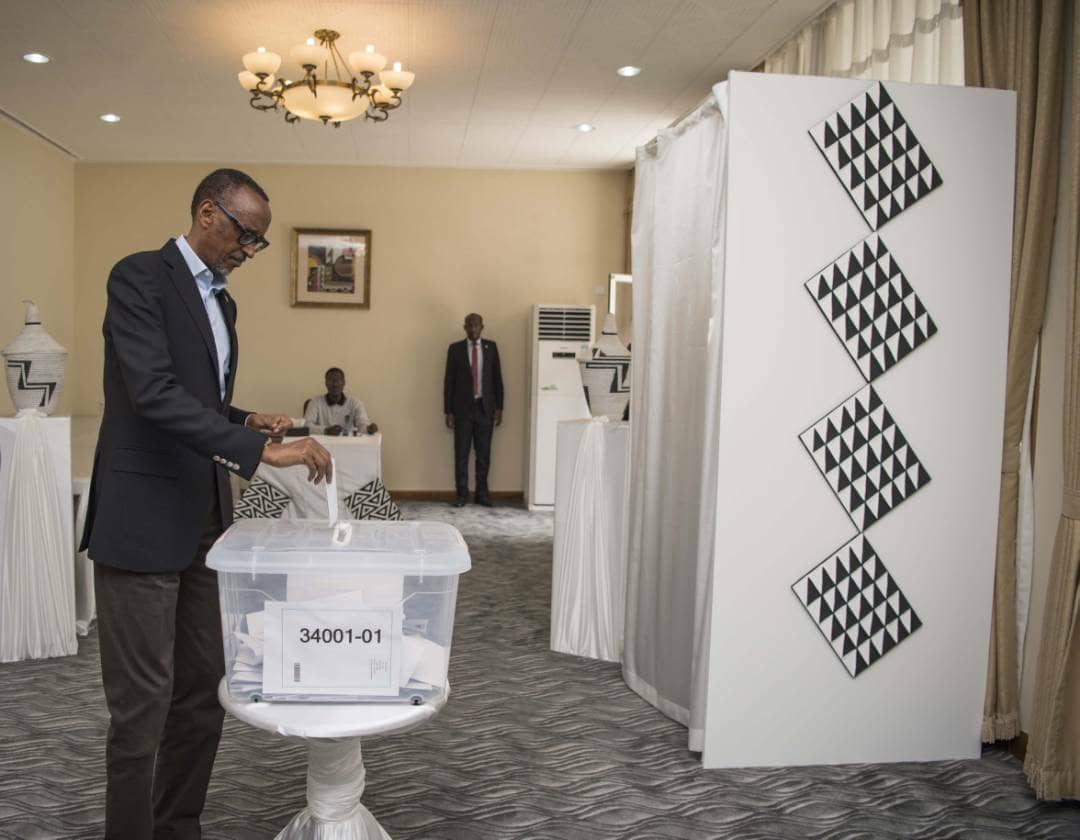 President Paul Kagame and First Lady Jeannette Kagame have joined the Rwandan Community in China in casting their vote in legislative elections.

The Head of State and the First Lady arrived in China on September 1 for the Forum on China-Africa Cooperation (FOCAC2018).

Scheduled for September 3-4, 2018, the forum’s theme is : “China and Africa: Toward an Even Stronger Community with a Shared Future through Win-Win Cooperation.”

Their stay in China coincides with the parliamentary elections.

Elections of 54 MPs who get seats through general elections are set today – September 2nd, 2018 for Diaspora voters while voters at home will vote on September 3rd, 2018.

On September 4th, 2018, Rwandans will also vote for 24 women MPs to fill the 30% quota of women representatives, and 2 MPs who will be voted to represent youth in the parliament.

As far as general election is concerned, five political parties are competing in these elections. They include the ruling party-Rwanda Patriotic Front (RPF) Inkotanyi and its coalition, the Liberal Party (PL), Socialist Democratic Party (PSD), Democratic Green Party of Rwanda(DGPR) and PS Imberakuri.

Philippe Mpayimana who was a presidential candidate in the 2017 election is among them.