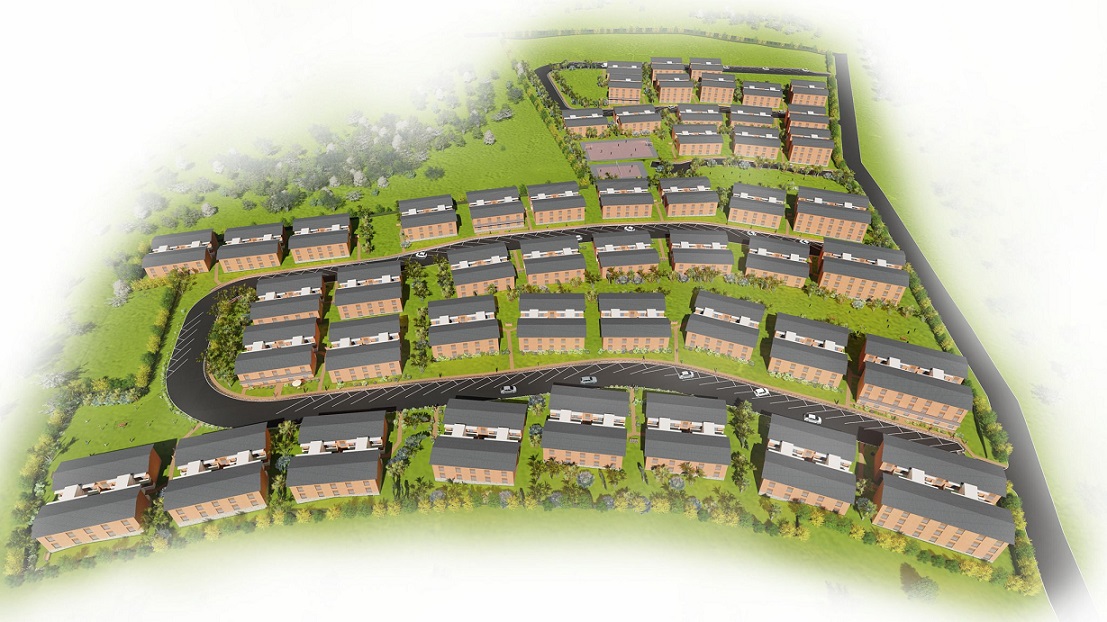 Gasabo District will appear in Court next month for an expropriation case filed against the district by residents of Kangondo I, II and Kibiraro I.

The former is a slum commonly known as ‘Bannyahe’ in Nyarutarama cell, Remera sector.

According to a letter KT Press has seen, both parties will meet in Gasabo Intermediate court located in Rusororo sector for a pre-trial hearing on November 7. 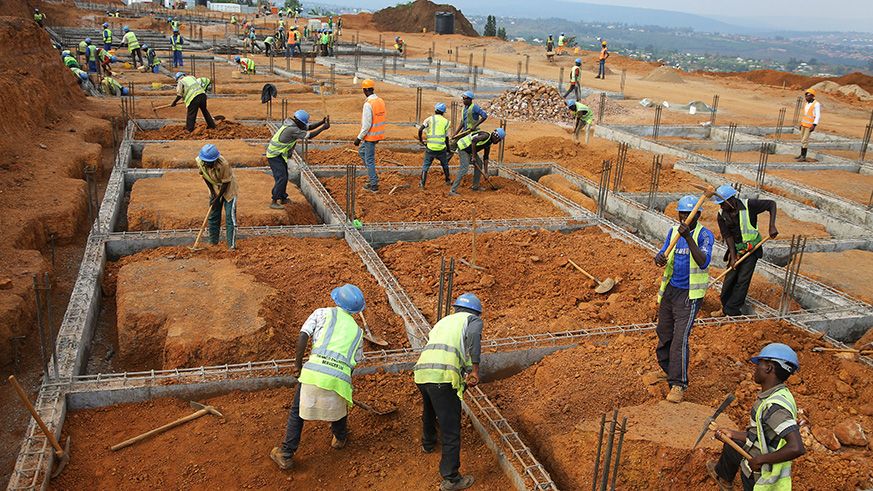 Construction of Busanza village which is proposed for Kibiraro and Kangondo slums dwellers has started. Beneficiaries however, challenged the deal

During a pre-trial hearing, parties, attorneys and the judge spell out the issues of the case. The judge encourages the parties to work toward a settlement in a civil lawsuit or establish together a time frame for management of all pre-trial activities and set a tentative date for trial.

In October last year, the City of Kigali announced a plan to relocate residents to a planned and decent neighborhood in Busanza sector, Kicukiro District. 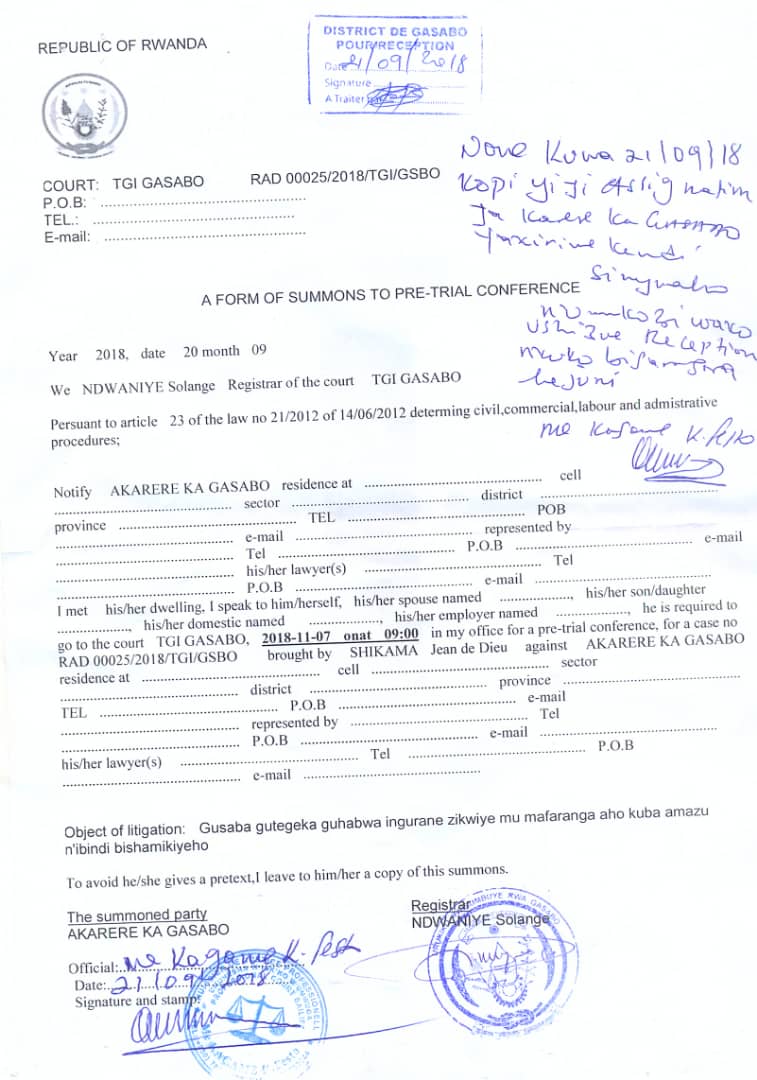 A form of summons to pre-trial conference

Residents of the slum complained about terms of relocation proposed by authorities. They want money so that they can move to the location of their choice, which, the district has refused.

In July this year, complainants filed a case in Gasabo intermediate Court requesting it to rule that the city expropriates them in monetary terms, instead of relocating them to a new location. 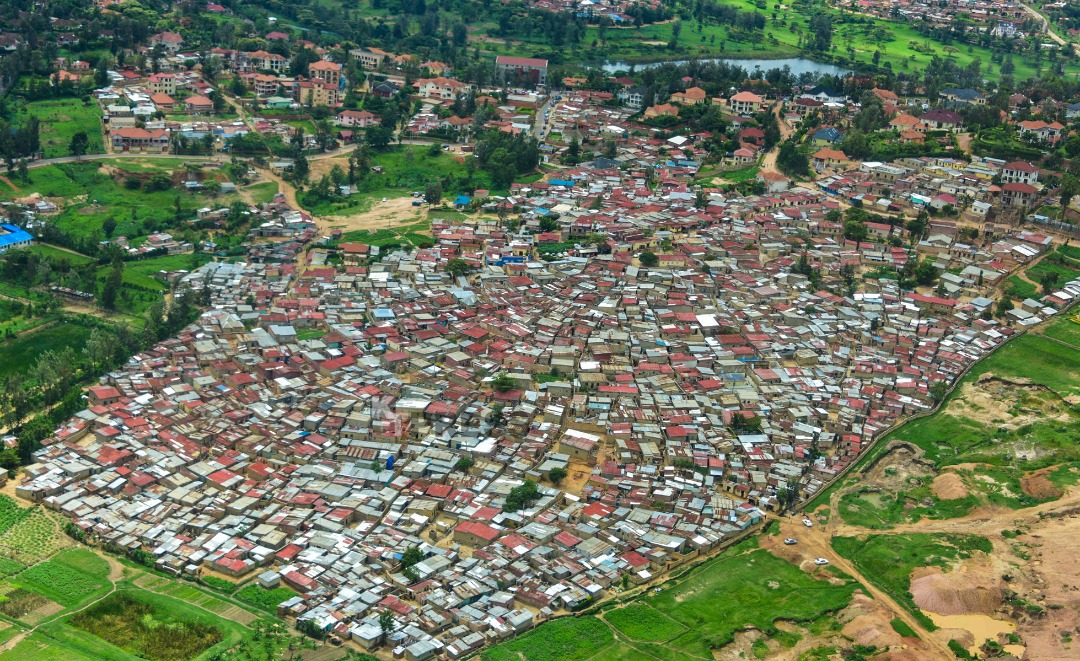 In a court case number PST RAD 00020/2018/TGI/GSBO lodged in Gasabo Intermediate Court, they also want to get paid Rwf100 million for “having been unfairly engaged into litigation.”

In addition, they want Gasabo District to add 5% of the total value of their properties “for the discomfort they caused while bringing inappropriate expropriation modalities and another 5% for expropriation delays,” and Rwf5 million for the lawyer’s pay.

These homes will be in three categories, with the first category being a one large room unit which can be partitioned according to owner’s taste and it is worth Rwf14.5 million according to Stephen Rwamurangwa, Mayor of Gasabo district.

The second category is two bedrooms and a large living room worth Rwf19.5 million while the third category of 3 bedrooms is worth Rwf35 million.

On the contrary, for residents of Kibiraro II, a neighboring village, the atmosphere is completely different. Sources told KT Press that, on September 1, they had a meeting with Gasabo District officials who promised to pay them expropriation fee.

This alone, said the residents of ‘Bannyahe’ is “total bias and discrimination,” complained a section of Kangondo residents.