Humans of Rwanda: Tales of Genocide Horrors As Told by Survivors, Rescuers

Brandon Stanton – an American author, photographer, and blogger, has been curator of a famous campaign called “Humans of…”.

He is the author of Humans of New York – a photo blog and book.

Stanton’s work involves touring around the world to tell stories of all sorts that can help change the world.

In his introductory post, Stanton writes about Rwanda’s story from the wake of 1994 genocide against Tutsi to the country’s miraculous recovery.

He writes: “On April 6th 1994, an airplane carrying the President of Rwanda was shot down over the capital city of Kigali, serving as a catalyst for genocide against the minority Tutsi population. One million people were killed over the next 100 days. It was one of the most violent episodes in human history. The stories from that time can be traumatizing to hear. Living through them is nearly unimaginable. But in the wake of this tragedy, an equally unlikely story has unfolded. It is the story of Rwanda’s recovery and reconciliation.

Rwanda has become one of Africa’s model economies. Its streets are clean and safe. Over one million tourists visit each year. If you walk through Kigali today, it’s difficult to imagine the events that occurred less than twenty-five years ago. But the stories are still there.

And you can’t listen to them without being reminded of humanity’s capacity for violence and the fragility of peace. During my week in Rwanda, I focused on the stories of people who took a moral stand during the genocide. These are members of the Hutu majority who risked their lives to shield and protect Tutsis. In Rwanda they are known as ‘The Rescuers.’ Over the next several days, I will be sharing their stories.

KT Press compiled testimonies of survivors as were originally posted by the author on his social media accounts. 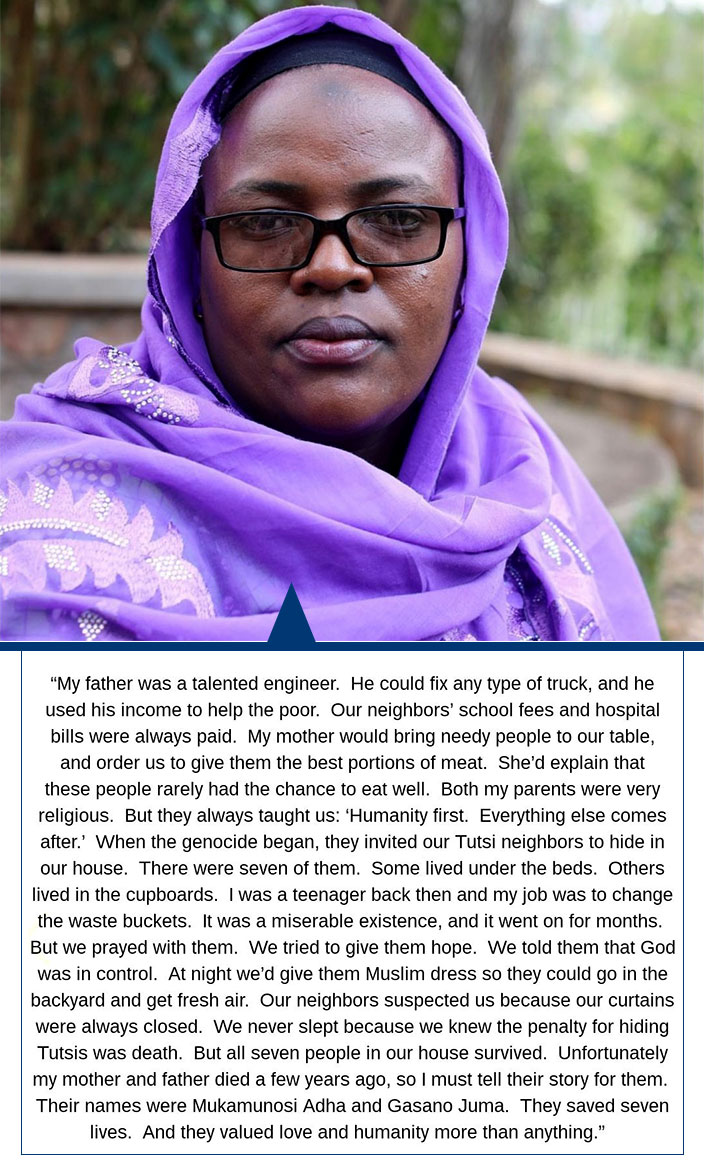