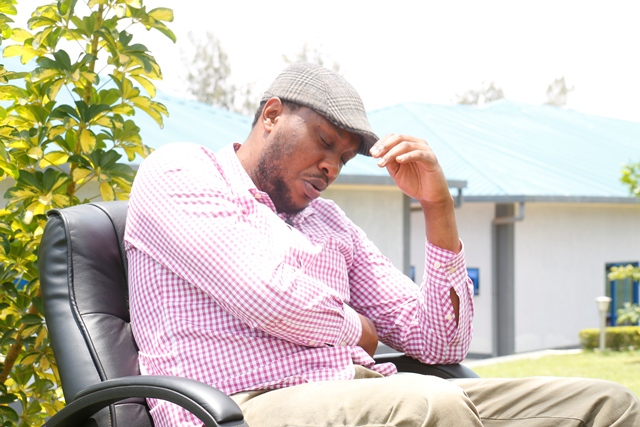 Patrick Niyigena, a 38-year-old Rwandan businessman may not dream of crossing the Rwandan border to Uganda again, after he was allegedly tortured by members of Uganda Security operatives for three days.

On Saturday, October 13, KT Press held an interview with Niyigena who had just returned home through the help of Rwandan embassy in Uganda.

He looked frail and could not stand for a minute. “My ribs were severely damaged. I was kicked several times in a safe house,” Niyigena narrated to KT Press shortly before the interview.

He narrated how it happened.

On October 7, Niyigena planned his business trip to Kenya’s capital Nairobi as has been the case for the past many years. He left Rwanda early morning on October 8 with Trinity Bus belonging to a Rwanda Public Transport company.

In his own words, enroute to Kenya, Niyigena had to make a stopover in Uganda’s capital Kampala to meet his fellow businessman who was supposed to send him some items in Nairobi.

“I reached Kampala around 2pm. I met my business partner at City Garden in Kampala where we discussed several business deals. He gave me $1400 to buy him items in Kenya,” narrated Niyigena in a soft voice.

When Niyigena departed his friend, he had to prepare another trip to Nairobi. “I had a bus ticket of 5pm, meaning I still had about two hours to board the bus. I decided to roam around Owino market in Kampala. I first had lunch before touring the market,” Niyigena told KT Press.

How he was picked

At exactly 4pm (Ugandan time), Niyigena left Owino market and headed to Trinity offices in the capital Uganda. On his way, he tapped his phone to respond to WhatsApp messages he was receiving from friends.

“As I held my phone, I saw two young men approaching me. One of them mentioned my name in Luganda. I told him the only language we could use for communication is English. He later introduced himself as a security officer and said he wanted to take me somewhere to answer a few questions,” Niyigena said.

Since he was about to board a bus to Nairobi, Niyigena first resisted to be taken. “I suggested if they could ask those questions without taking me anywhere since I was about to board the bus. They refused and started turning wild to me. They forced me into a waiting pick up vehicle and promised they will arrange my transport to Nairobi. Since I realized they were security officers, I accepted to go,” said Niyigena.

They took him to Natete – a nearby place. To Niyigena, “I thought we were going to a police station but I shockingly found the car parked at a residential house. I saw a police officer opening the gate. Inside the house were several chairs in the dining room. They told me to sit,” Niyigena said.

Back on the way to the house, Niyigena narrated, “They asked me which travel document I used to enter Uganda. I told them I entered the country using my national ID. They asked me if I had money and I said I had $2400 and UGsh30, 000. They confiscated them,” said Niyigena.

Niyigena’s fate escalated later in the evening of October 8. “At around 6pm, a different person entered the house and questioned me what I was doing in Uganda. I told him I am simply a businessman and I was traveling to Nairobi via Uganda. He threatened me and said I was just playing around with my life. He handcuffed both my legs and arms before throwing me in a dark room without a mattress. I spent the whole night there,” narrated the father of three.

It was a long night. My phone had been taken, he added. Early morning on October 9, Niyigena saw two other plain-clothed men opening his room.

“One held a bunch of injections. He said he wanted to vaccinate me against any possible disease since I was in a dark cold room. I refused and said I had received a yellow fever vaccination before traveling. He said I had to forcefully take the injection, which I no longer had control over,” said Niyigena as he pointed at his left arm where he was injected with unknown substance.

“I lost my senses after the injection. At this moment, I realized my end was coming. I can’t recall what happened later,” said Niyigena. 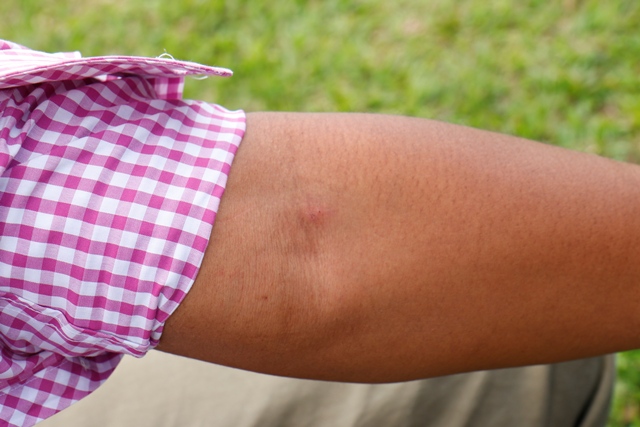 Niyigena displays a mark where he was injected

In the next morning, Niyigena woke up to several kicks in his back. “I opened my eyes in the morning due to severe pain of a man who was kicking me in the ribs. I was feeling dizzy. The injection was terrible,” he says.

After several kicks, the previous officers who had picked him dropped him at Trinity Bus Park in Kampala. When he asked about his belongings including money and travel documents, “One officer said to me that I should shut up.”

While at Trinity bus, Niyigena who had remained with nothing, requested a motorist to give him a ride to Rwandan embassy in Kampala.

“He was helpful to me. He took me to our embassy in Uganda where I was received and given breakfast. The embassy officials later took me to Old Kampala Police station for a statement.”

While there, one of the officers told Niyigena there was no doubt the men who picked him are “Kaka’s boys” – referring to Internal Security Organisation (ISO) head Col. Frank Bagyenda aka Kaka,” said Niyigena – a resident of Masaka sector, Kicukiro district in the capital Kigali.

From the Police, officials at Rwandan Embassy in Uganda provided Niyigena with travel documents back home. He arrived at the Rwandan border early morning on Saturday, October 13.

Appealing to Rwanda Government for treatment

Niyigena says he is worried his life is at danger – following unknown injection he was given. “I am scared and appeal to Rwanda government to help me get proper treatment and tests to see whether I was not intoxicated. The pain is still all over my body,” Niyigena told KT Press.

While Niyigena is haunted by what happened, he warned Rwandans travelling to Uganda to always go in groups.

“The way I was picked could not have happened if I was in a group. This is what Rwandans wishing to travel to Uganda should do,” Niyigena advised. 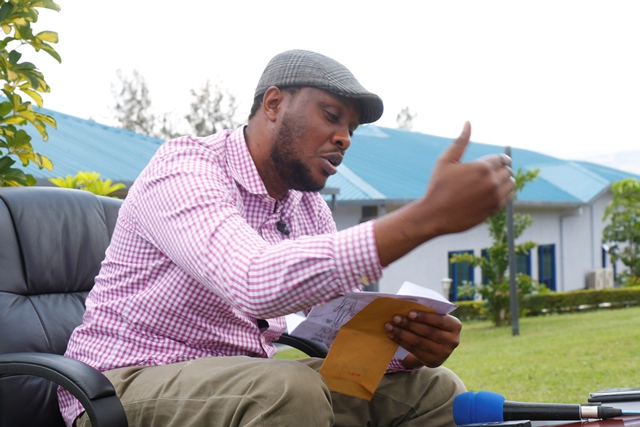 End of the road for Rwanda Youth Olympic Games Teams