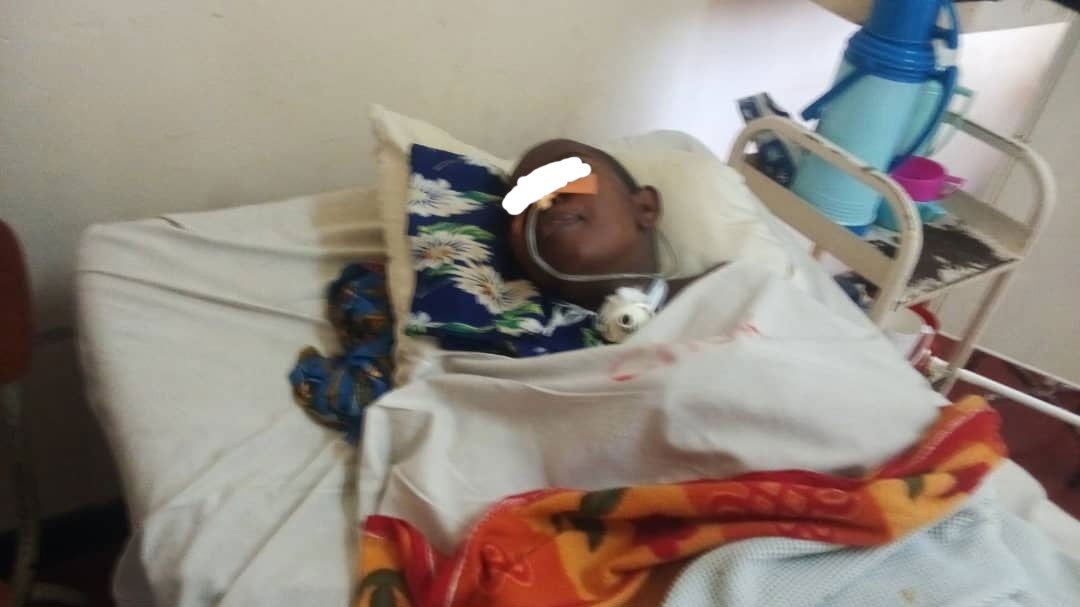 The Kacyiru primary court in Gasabo district will on November 28 rule on a case involving a Kibagabaga hospital doctor who is alleged to have mishandled a birth case which sent a mother into a coma from August 2017 to date.

Mukansanga delivered a healthy baby girl by C-section, but the family waited for her to wake up in vain. In fact, it is alleged that upon delivery, she became unconscious.

Later on Habyarimana organized a traditional naming ceremony and named his sixth child Cynthia Izabayo expecting the mother to wake up any time, but it has been over a year now. 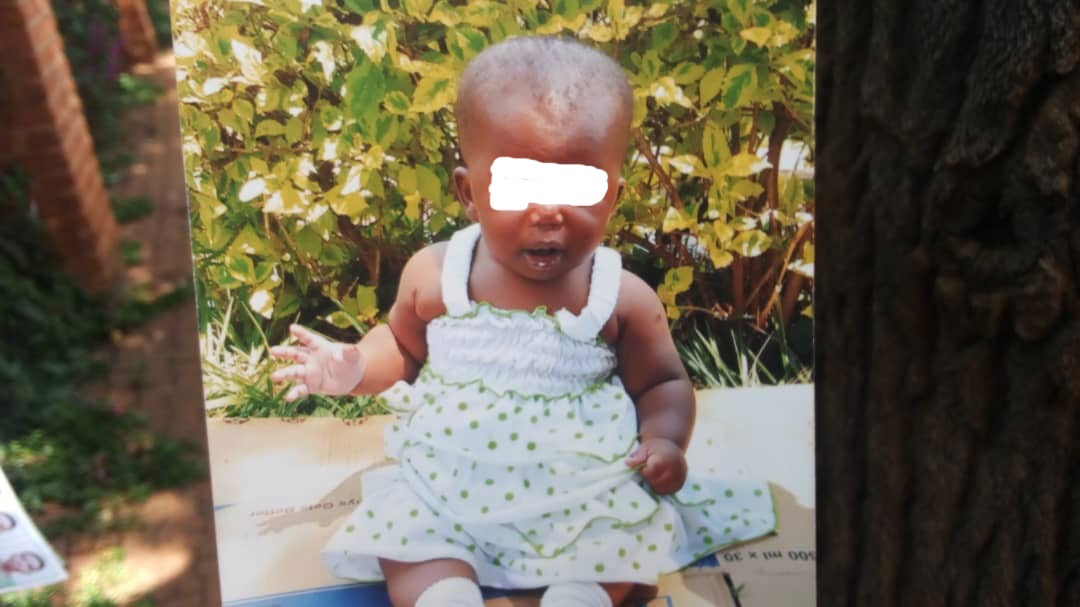 Cynthia Izabayo, the baby girl who has never breastfed. Mother is into coma since more than one year now

“It’s already one year and four months, doctors told me she fell into coma for an undetermined period of time. I happened to learn that during delivery, the doctor made mistakes in handling the anesthesia,” Habyarimana told KT Press with tears welling-up in his eyes.

On November 19, 2018, we visited Mukansanga at the Kigali University Teaching Hospital (CHUK) where Mukansanga was transferred after the allegedly anesthesia failure at Kibagabaga Hospital.

It was at CHUK where he learnt that her beloved wife would be into coma “for an unknown time.”

In the emergency room of CHUK, Mukansanga is fed and given the required medicine through tubes. You can tell that she is still alive, only when you pay attention to her heart beating. Well, you may also have an impression that she is looking at you, but she does not see. She is in coma. 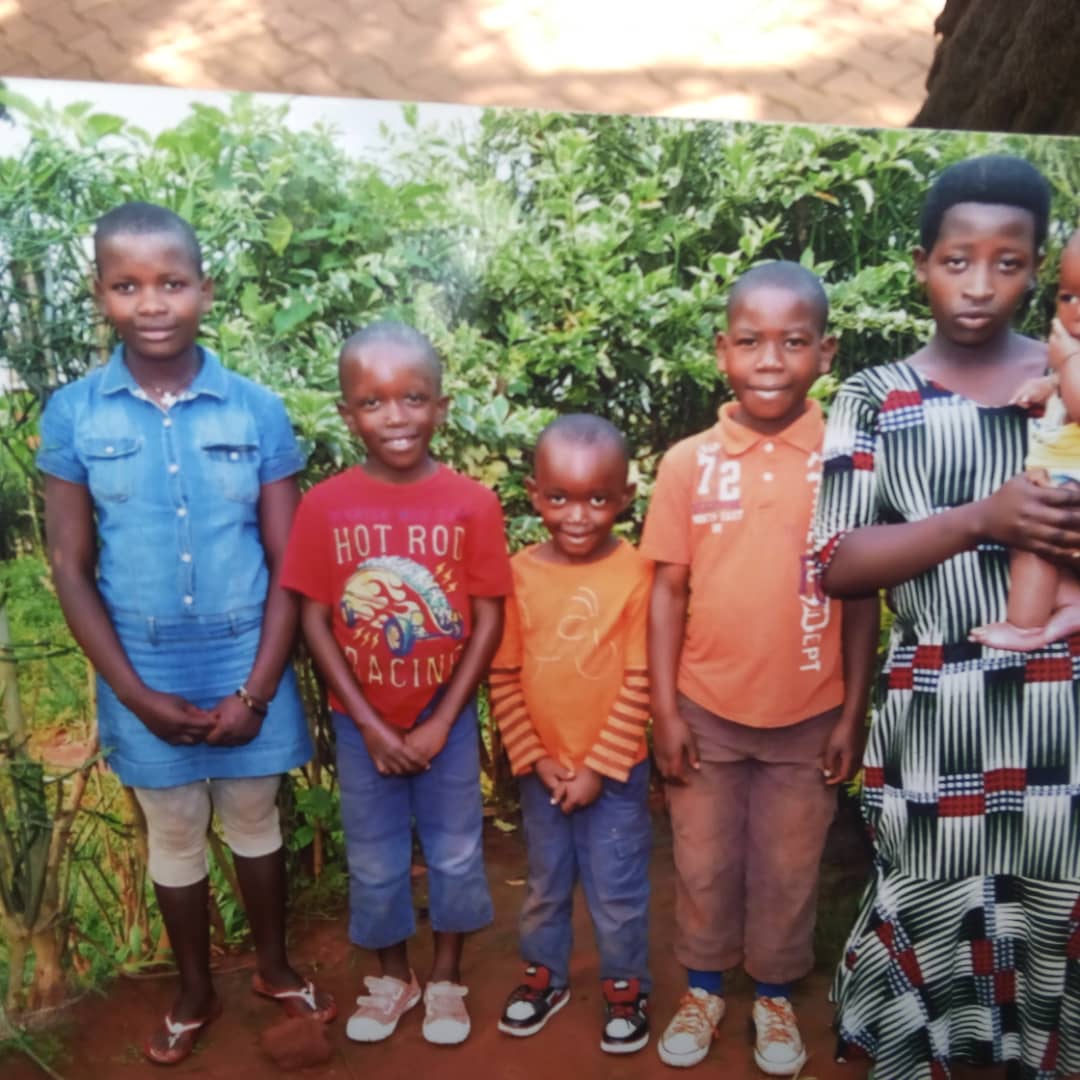 The children born to Mukansanga and Habyarimana. The eldest(Right) has become guardian of her siblings. She dropped out of school

Habyarimana, who does not have any parent nor siblings, decided to take care of her wife until God decides the patient’s fate, but in the meantime, the education of the five children is in jeopardy.

When Izabayo was born without mother’s care, her elder sister Jeannine Uwamahoro, who had just completed her Primary 6 and ready to go to high school, was obliged to drop out of school and take care of her and her siblings.

“Ever since, I sent my children to their grandmother, my mother-in-law who is in her 70s. My first born Uwamahoro was obliged to drop out of school and help her take care of other children, particularly Izabayo, the newly born,” Habyarimana told KT Press. 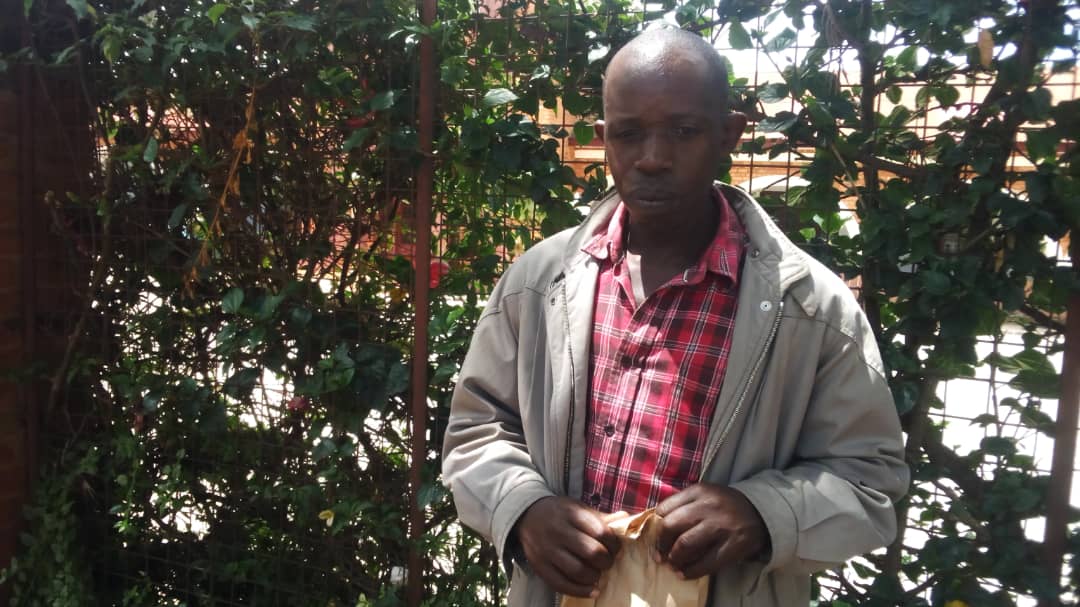 Juvenal Habyarimana, the husband to MukansangaAt one and four months, Izabayo has never heard of her mother’s voice neither seen her smile and she has never tasted breast milk. She lives on milk the government gives to stunted children.

“She does not have any chance for getting a balanced diet,” Habyarimana said adding that her mother-in-law who is looking after the grand children is in a social category where feeding six children is a burden.

Other children also have the same challenge of feeding, which also affects them at school.

They do not get enough food when they come from school because the family depends on neighbors and other good Samaritans.

Habyarimana told KT Press he has already spent around Rwf4 million, but extends his gratitude to benefactors who contributed a lot, helping him with food and some expensive medicine.

The worst time he remembers is when he had to sell off the plot he tirelessly worked for from savings he had made with her wife.

Apart from the plot, Habyarimana has almost sold off all of the family properties, including seven goats.

“If I could estimate what I have already spent on my patient, it is around Rwf4 million,” Habyarimana said though he could not detail everything he sold.

He even admits that this is little money compared to the support he got from well wishers. 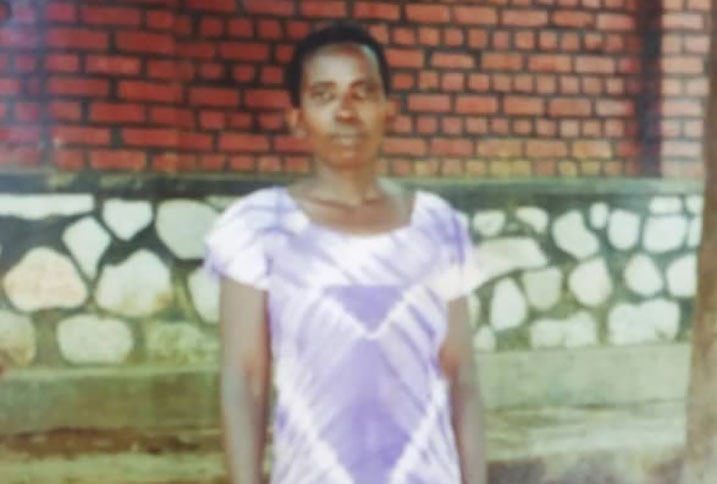 “From my heart, I thank people who continue to show compassion towards my wife and me,” he said adding that his wife cannot eat, and consequently she only takes thick soup through a catheter.

“The medical cost is high, plus all the need to survive since we are here for undetermined time,” Habyarimana said appealing to people of good will to keep helping them.

He expressed his gratitude to CHUK management for providing them with pampers and milk for the patient.

In the court hearing, Habyarimana said, “I requested that the Ministry of health and the institution which put my family in these trouble raise the medical fees and caters for my children.”