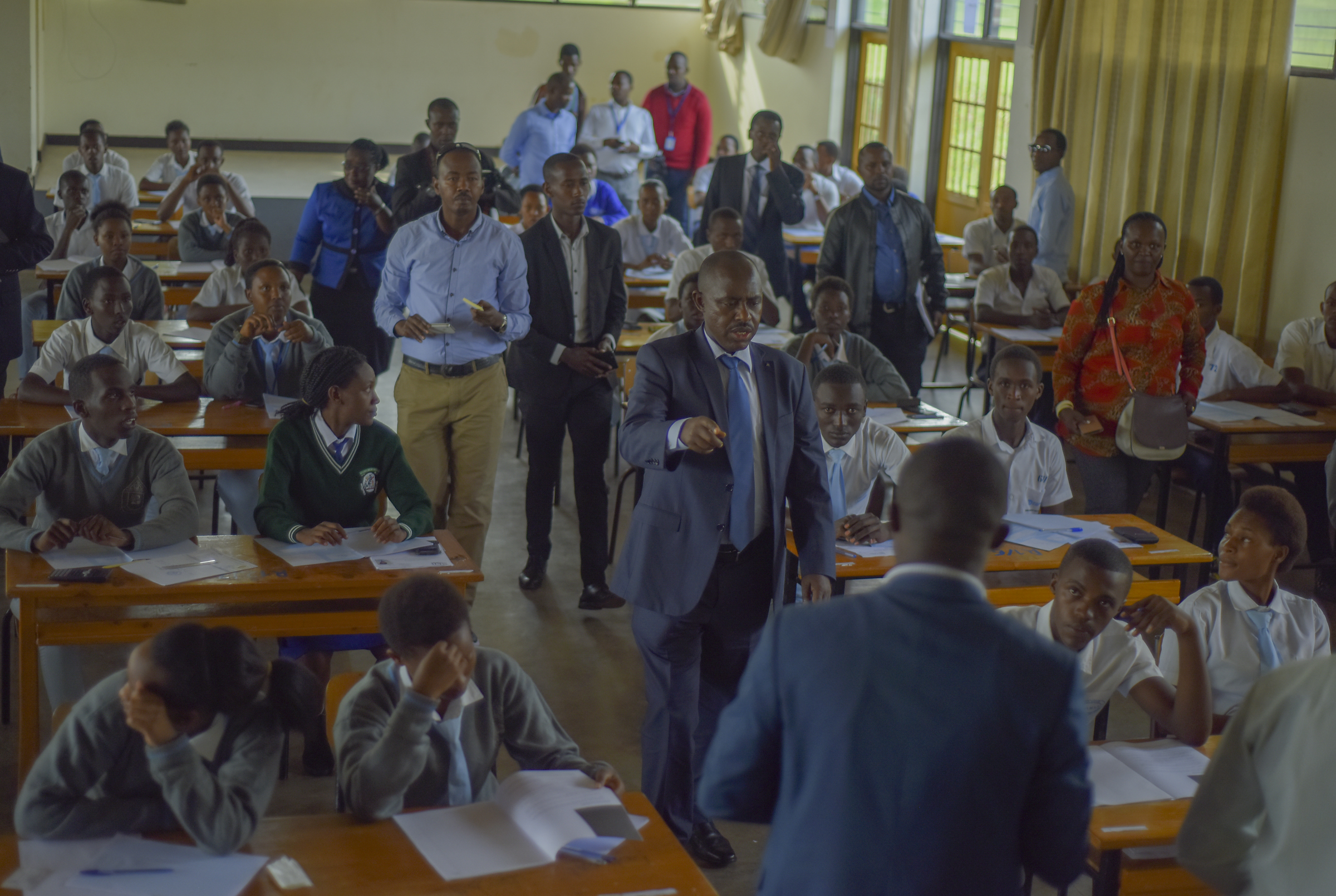 As National Exams for Ordinary Level and A Level start, the Ministry of Education has sent a warning that it may be tough against attempts to malpractices.

Apparently, Gerald Mbonabucya, Head of examination center at the school and all invigilators had not done proper checking in the sitting arrangement.

In the first examination room the Minister realized that some students were sitting the same Paper sat on the same desk.

“Go! Go!” the Minister rebuked as he pointed at Mbonabucya who turned who moved out immediately. 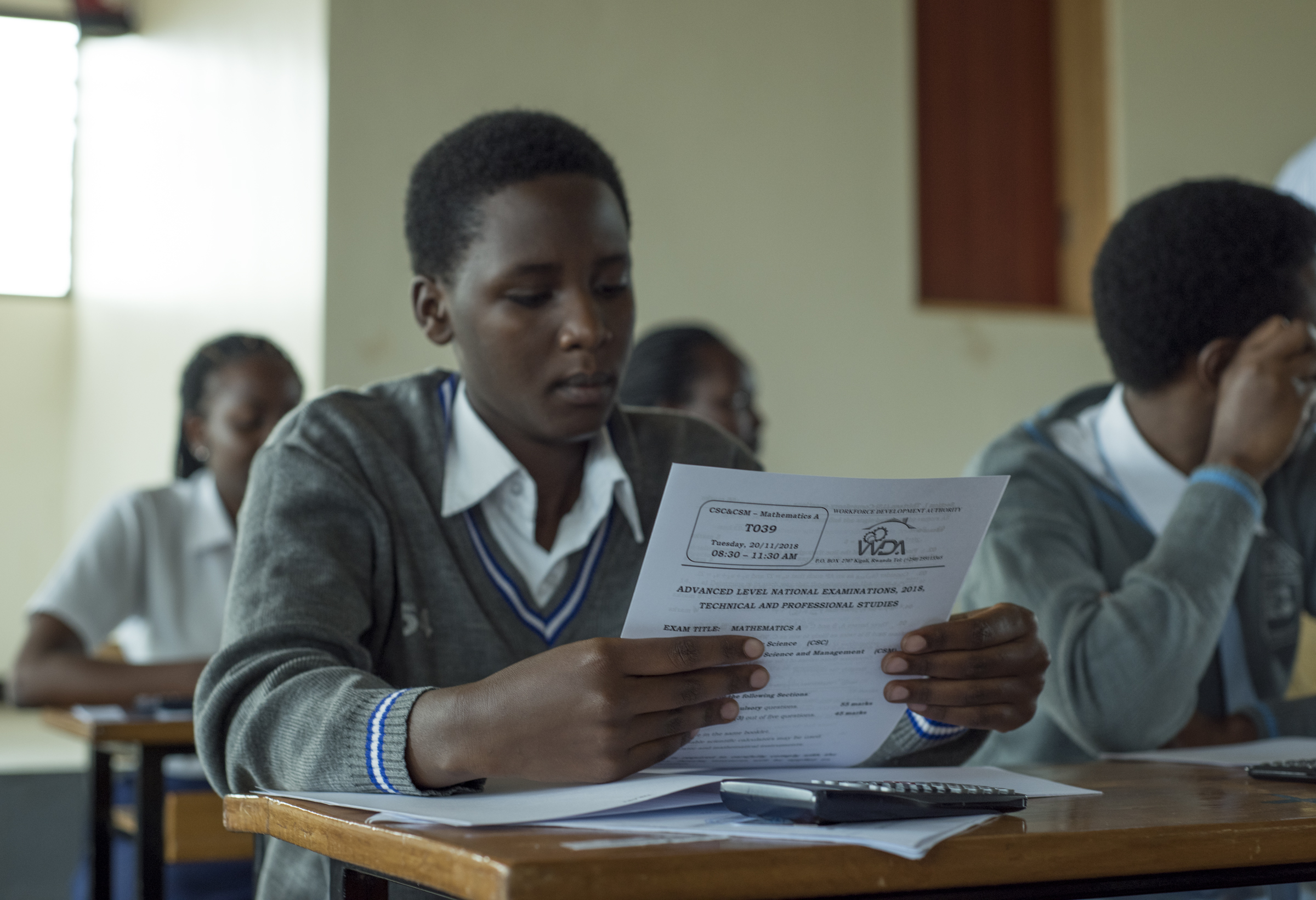 “Candidates are not supposed to sit at the same desk while writing same examination paper, there is no excuse because the room has enough seats. The head of examination center neglected proper sitting arrangement,”Mutimura said.

Meanwhile, three supervisors who didn’t have Supervisor Identity cards didn’t survive Mutimura’s anger either, as they were asked to go and bring them before the exams kicked-off.

Due to the opening skirmishes, exams which were supposed to start at 8:30am were pushed to 9: 00am at SOS Kagugu examination center. 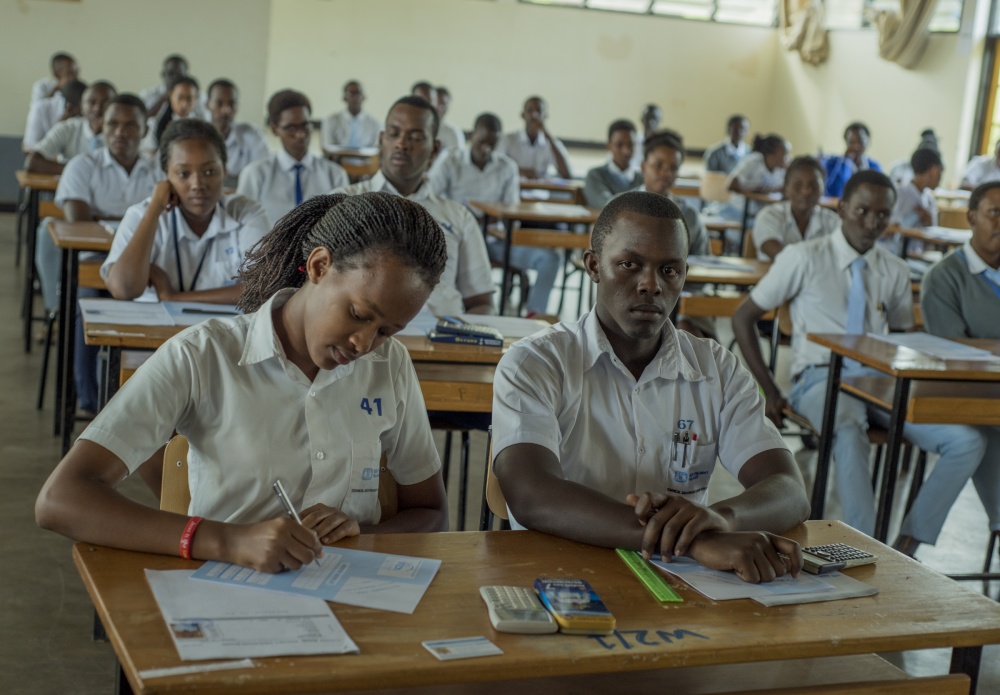 Advanced level also started today with a total of 46,668 candidates. 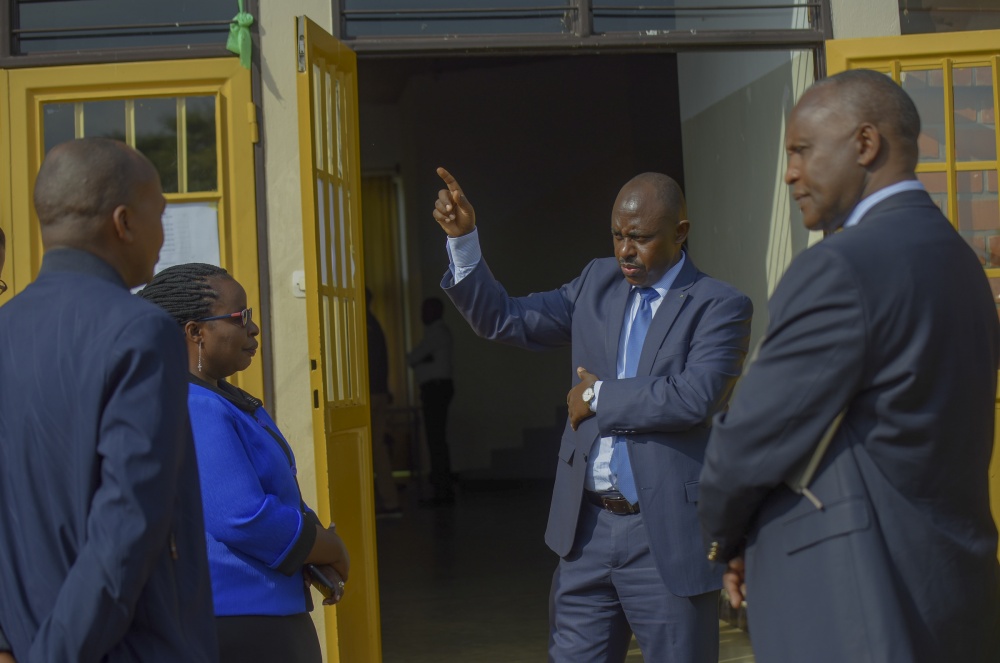