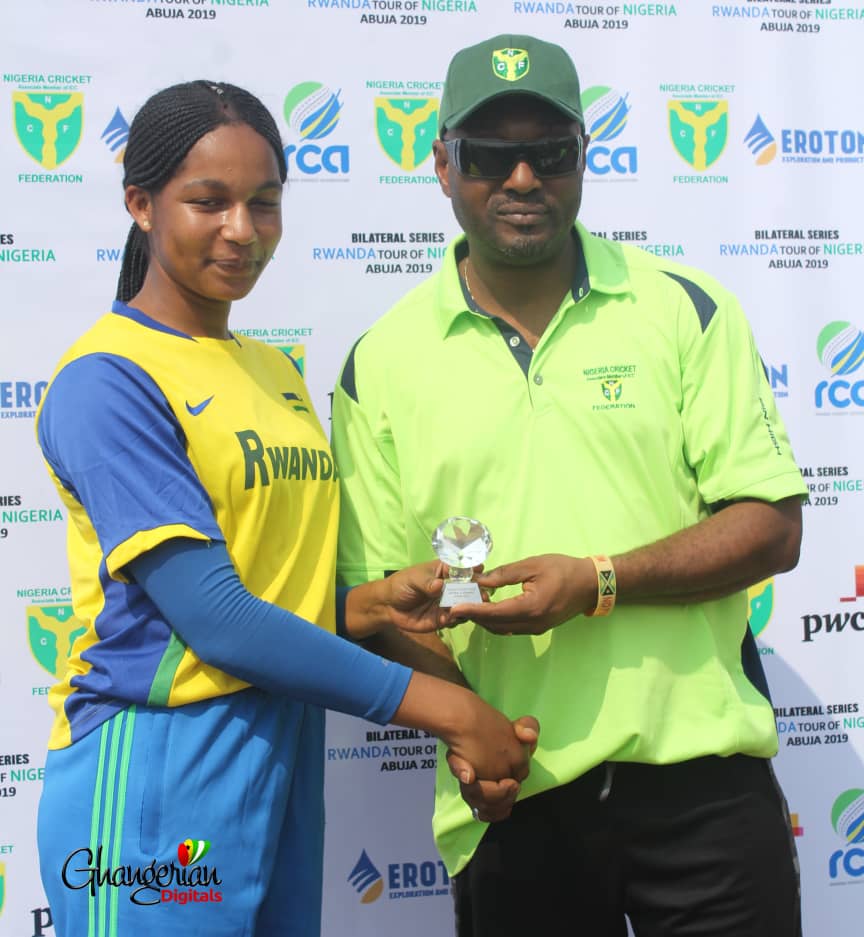 Rwanda women’s cricket team managed a 2-3 result performance over hosts Nigeria in the one-week first leg of a bilateral international friendly series which concluded on Tuesday in Abuja National Stadium.

Rwanda managed to secure two victories over their Nigerian counterparts who won the 5-match series with three victories.

In the third match played on January 28, Nigeria women team sealed another 7-wicket victory (with 14 balls remaining) before the restored some pride by beating Nigeria by 5 wickets with 17 balls remaining.

In the final match played on January 29, Rwanda registered their second victory, winning by 7 wickets with 29 balls remaining with Veronique Iriho earning the player of the match recognition.

The performance from the Rwandan women earned individual awards to Iriho Veronique who was named both the player of the series and best bowler after registering nine wickets in sixty one runs while Uwera Sarah was named the best fielder following her seven dismissals.

The national women team was expected to arrive in Kigali on Wednesday night from Abuja, Nigeria. The return leg is schedule for June 2019 in Kigali, the Rwandan capital.

Rwanda was using the bilateral series as preparation for the upcoming ICC Women’s World Cup Africa Qualifier billed for Zimbabwe later in the year where they are expected to encounter countries like Kenya, Mozambique, Namibia, Sierra Leone, Tanzania, Nigeria, Uganda and host Zimbabwe.