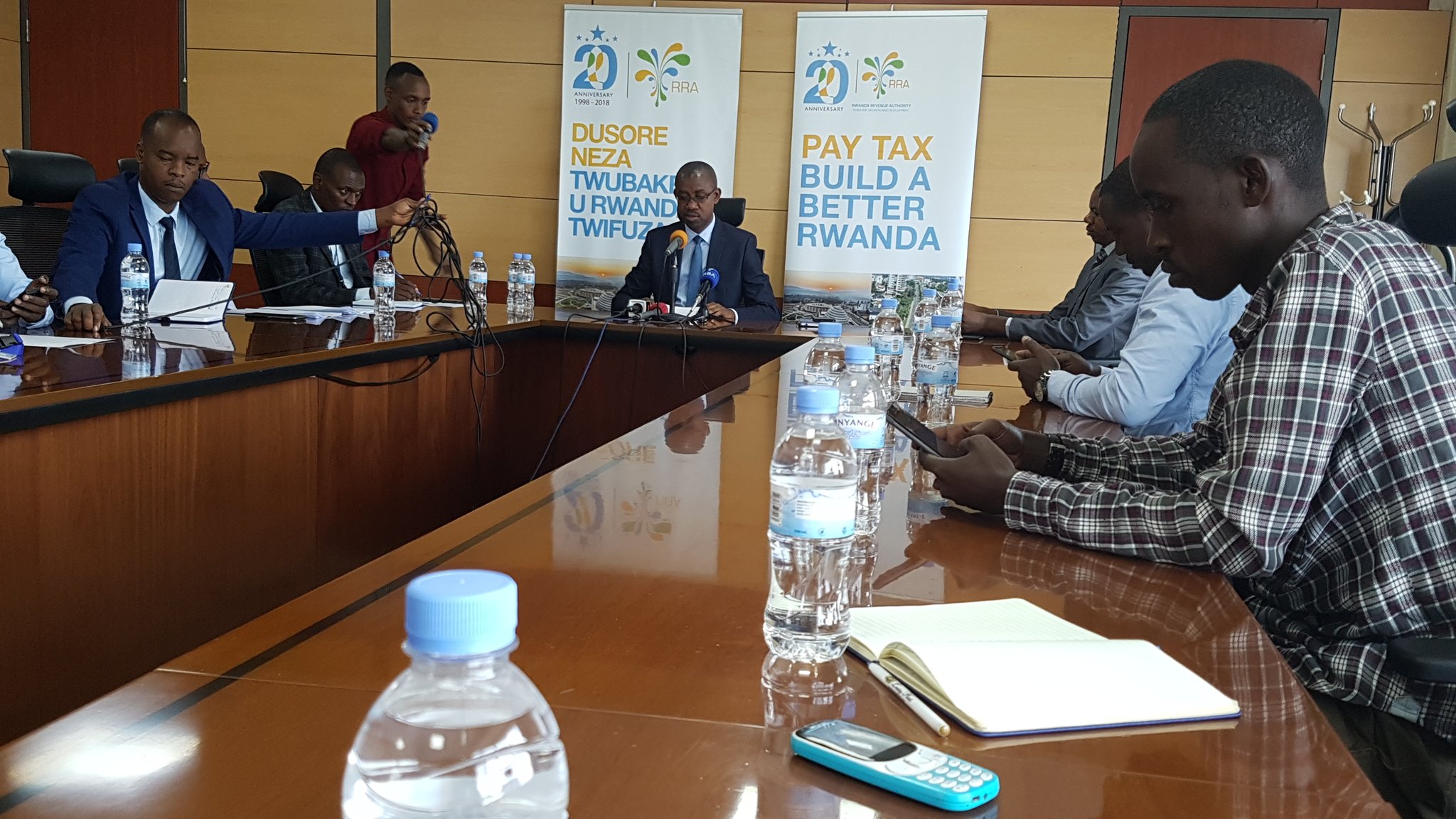 Addressing the media on Tuesday to present performance results for semester one, RRA Commissioner General Pascal Bizimana Rugemintwari said that the taxes collected were from tax and non-tax categories.

“Tax revenue collection for July-Dec 2018 was Rwf654.4 billion while the target was Rwf651.5 billion; this is an achievement of 100.4%, and an excess of Rwf2.9 billion above the target,” Rugemintwari told journalists.

According to RRA, the latest results surpassed Rwf582.9 billion collected in the first semester of 2017/18 financial year – representing an additional Rwf71.5 billion that was collected or 12.3%.

Of the revenues collected, RRA says, non-tax revenue collected amounted to Rwf11.6 billion compared to the target of Rwf8.9 billion, performing at 130.2%.

Furthermore, in the first semester of this financial year, taxes and fees collected from local government organs totaled to Rwf22.7 billion – representing 98.2% of the Rwf23.2 billion target.