The agreements were signed during the first meeting of the joint permanent commission that was attended by delegates of both countries in Rabat – Morocco on Tuesday.

This puts Morocco on the list of countries that signed the biggest number of cooperation agreements with Rwanda  in a row.

In October 2016, Morocco and Rwanda signed 21 hot deals of projects on a -3 day historic visit by Morocco’s King Mohammed VI.

Development Bank of Rwanda (BRD), a partner in this project told KT Press recently, that the project will kick start in the second quarter of this year.

First phase of the project will cost $12.4 Million and is expected to be accomplished within one year if all goes as planned.

The King himself has invested $41 million in acquisition of 76.19% shares in Cogebanque-a commercial bank that was owned by Rwandan shareholders.

The investment was made through Attijariwafa Bank, the leading bank in Morocco which is also part of King Mohammed VI‘s holding company, Société Nationale d’Investissement (SNI).

Back to the current visit to Morocco, Sezibera also met with several officials including; His Excellency Saâdeddine El Othmani, Prime Minister of the Kingdom of Morocco, in the framework of the first Joint Permanent Commission (JPC) between Rwanda and Morocco.

He also met Anass Doukkali, Morocco’s Minister of Health and Habib El Malki, President of the House of Representatives of Morocco with whom they held “Great exchange of views,” according to the Minister.

Sezibera met with Rkia Derham, Secretary of State for Foreign Trade in Ministry of Industry, Investment, Trade and Digital Economy of Morocco.

The  minister spared time to chat with the Rwandan academic community in Morocco.

“Many Rwandan students in Rabat are at the top of their classes. I encouraged them to keep it up,” Sezibera said. 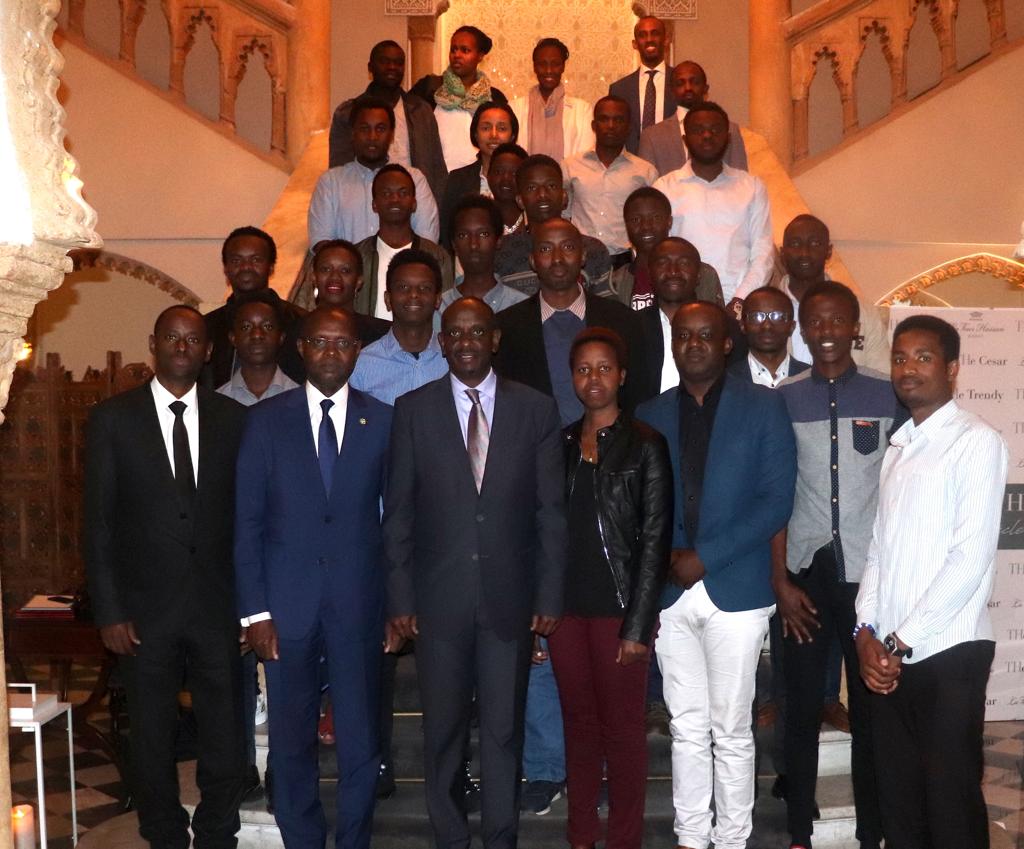