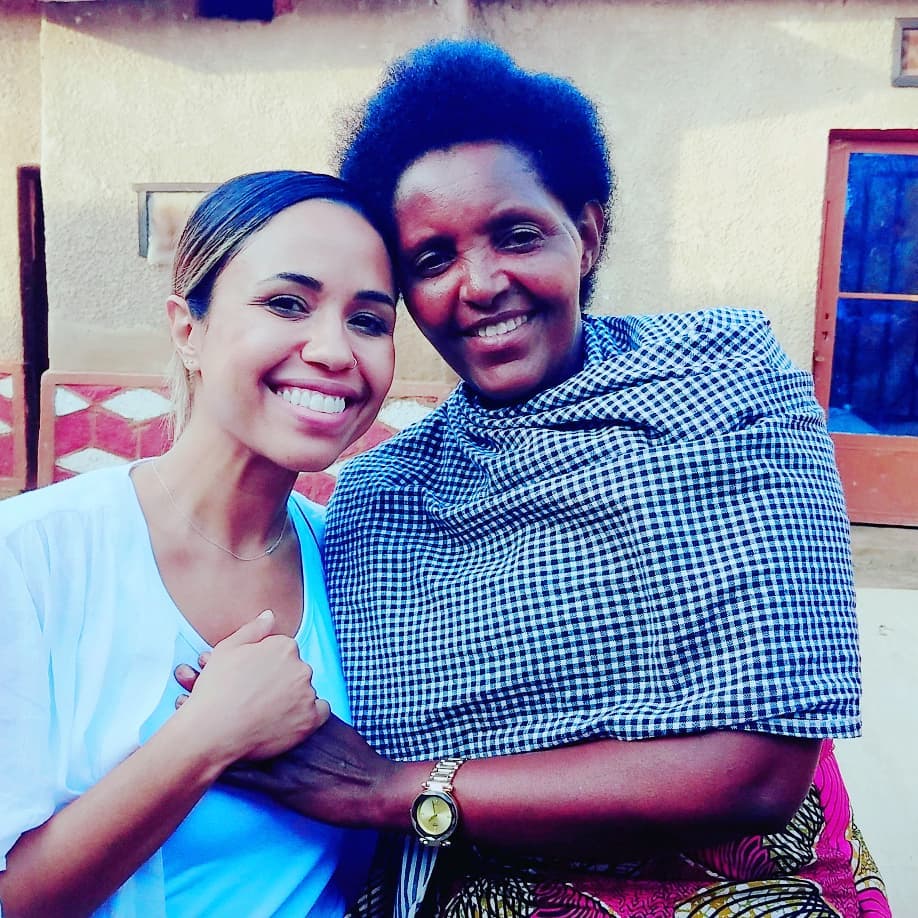 American film maker Alanna Brown(Left) is working on a new movie dubbed Trees Of Peace which will be telling a story of four Rwandan women survivors of 1994 genocide against Tutsi.

The movie showcase the struggle of four women, how they survived genocide against Tutsi in 1994, how they protected each other and how they managed to help each other to heal.

The director and writer of the movie Alanna from Los Angeles talked to women survivors to put her movie script into reality basing on true stories.

“This movie will showcase the real struggle women survivors went through in 1994 genocide against Tutsi and life after the tragedy, coming down in Rwanda helps us get the real story and image of what really went down in Rwanda,” says Alanna to the local media on april 17.

Many movies have been written, directed and produced in Hollywood telling Rwandan stories basing on hearsay facts and most of those facts are biased against 1994 genocide against Tutsi which makes them shunned in Rwanda by genocide survivors.

Answering the above observation raised by local journalists, Alanna promised to do whatever it takes to include locals to tell their stories.

“Yes we have heard that and that’s why we opted coming to Rwanda to make a research ourselves and also we plan to cast Rwandan film makers but also include superstars to boost the movie viewership and outreach,” she said.

Rwandan film makers that might be casted to appear in Trees Of Peace movie so far include Hope Azeda (CEO of Mashirika performing arts) and Carole Karemera famous for ‘Sometimes in April movie.