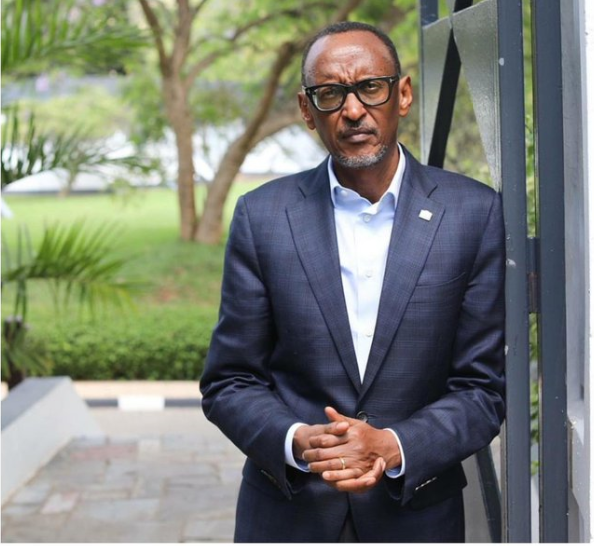 President Paul Kagame has announced his stand on cases related to humiliation of public officials including the Head of State.

The president said he supports a recent Supreme Court decision on decriminalization of offences related to humiliation of public officials including the Head of State.

A statement released by his office on Friday, April 26, quotes the President saying he “fully respects the independence of the judiciary.”

On Wednesday this week, Supreme Court ruled against some provisions in the penal law, which included those that criminalize humiliation of public authorities as well as defamation of religious rituals in the public. 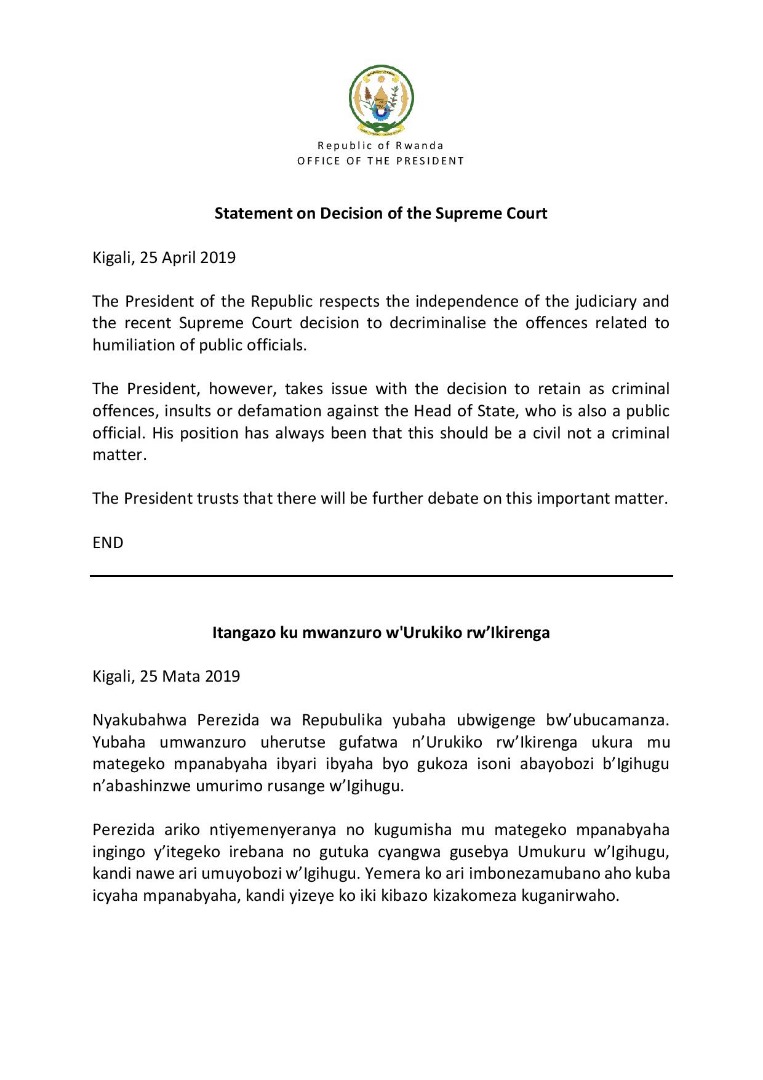 In a statement, the President, however, says he takes issue with the decision to keep the articles criminalizing defamation or insulting the President, because the Head of State is also a public official.

He said that his position has been always that such should be a civil matter.

The Supreme Court’s decision came after lawyer Richard Mugisha of Trust Law Chambers filed a case in his private capacity to challenge some provisions in the new penal law that went into force last year, including criminalizing defamation.