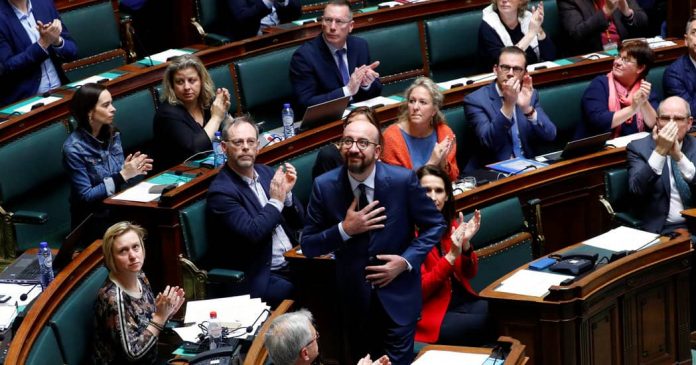 The Parliament in Belgium has adopted a draft law on genocide denial and revisionism.

During the 1994 genocide against the Tutsi in Rwanda, Belgium lost ten commandos who were murdered while on duty under United Nations Peacekeeping mission sent to Rwanda.

Belgium Prime Minister Charles Michel was in Rwanda early this month at the 25th commemoration of the genocide, where he led a delegation of Belgians to pay tribute to the fallen commandos.

While in Rwanda, the Prime Minister said parliament in his country was in the process to adopt the law before end of April.

The draft bill, passed yesterday brings Belgium closer to working with Rwanda in the fight against any form of Genocide denial around the world.

The two countries have in the past years worked collaboratively to bring to justice genocide suspects and the latter has twice now acknowledged its failure to save Rwandans during the genocide.

One of the suspect, Major Bernard Ntuyahaga, the man responsible for the death of former Rwandan Prime Minister Agathe Uwilingiyimana and ten Belgians, is yet to be extradited to Rwanda, despite court appeals to send him to Kigali, when Rwanda has promised to re-integrate the suspect.

In Rwanda, Abusing Head of State is a Civil Matter – Kagame Insists