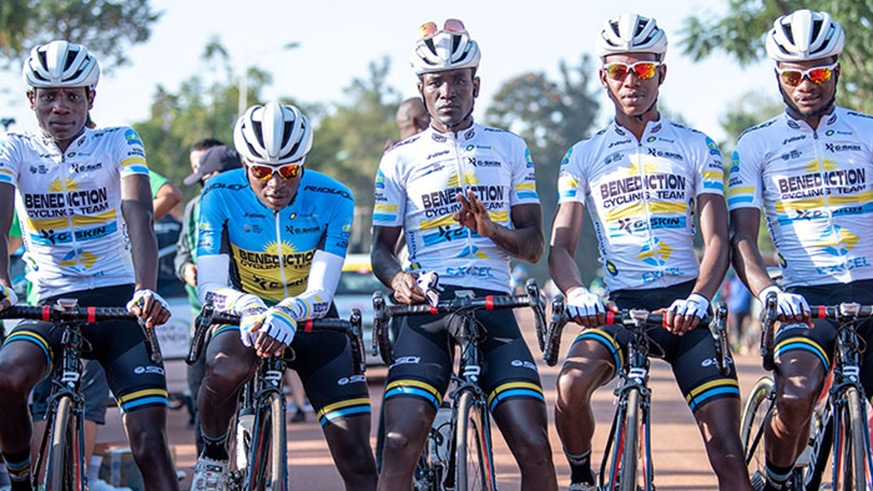 Benediction Excel Energy is invitees to this year’s edition of the Tour de Limpopo and it will be their debut since registering as a UCI continental team earlier this year.

A total of 20 teams will take part in the four-day race, with a six-man roster each team, and three-member support crew.

The competition will have four stages, flagging off in Bela-Bela on May 15, and concluding on May 18 at Peter Mokaba Stadium in Polokwane.

Addressing the media on Sunday, the team founder Munyankindi Benoit said, “This our second race after a successful 2019 Tour du Rwanda, the yellow jersey will be our main target at Tour de Limpopo,”

Benediction Excel Energy rider said, “This will be our first race outside Rwanda as Benediction Excel Cycling Clubg but we have raced in many international races before. We are looking forward racing in Tour de Limpopo more races this year,”

The team’s Sports Director Simon Huppertz also noted that, “It’s been a while since our last race, but we have been training hard, so we are ready. I expect the boys to do well at Tour de Limpopo. We are confident,”

The third stage, on May 17, will be racing from Tzaneen to Coachman’s Climb (Mt. Agatha) with a steep climb and double points for KOM. The fourth, and final, stage will come the following day from Tzaneen to Polokwane with 116km of distance where the finishing line will be at the Peter Mokaba Stadium.

The lure of UCI points is great attraction for the pro-continental teams, which will see riders competing for more than just the Yellow Jersey as they work to improve their individual and nations’ ranking on the international and African UCI ranking system.

The mix of 18 nationalities will see 64 foreign visitors on South African soil, from Belgium, Italy, Greece, Slovenia and Great Britain, to Malaysia, Brunei, Rwanda, Botswana, Reunion, Namibia and Swaziland to name a few.

The Dimension Data Continental Team will be lining up on the start line in Bela Bela. Their team of five riders will consist of Italians Samuele Battistella (20) and Alexander Konychev (20), South African Connor Brown (20), Slovenian Martin Lavric (20) and Rwandan Samuel Mugisha (21).

Battistella achieved top results at the 2018 Grand Prix Priessnitz Spa with a second place in the General Classification; Lavric was crowned the 2018 Zwift Academy winner after which he was awarded a one-year pro contract for the team’s U23 squad, and Mugisha won the 2018 Tour du Rwanda.

Team NCCS Namibia will field a six-man team, featuring a line-up of Hermann Keller, Chiponeni Kashululu, Danzel Dekoe, Johannes Hamunyela, Marckernzy Eiseb and Ryan Terry. The team has competed in a number of southern African events in the past six years, including Telkom 947, MTN Swaziland Cycle Challenge and the Cape Town Cycle Tour (where they achieved a top 10 result with Dan Craven in this year’s event). The team also completed big tours such as the Tour of Good Hope, Tour de Limpopo (2018) and the Tour de Windhoek.

Other big teams that will be competing are the Team ProTouch Sports Continental and Team TEG Continental – both UCI teams registered in South Africa for the 2019 season; and Brunei Continental Cycling Team from Brunei Darussalam.