President Paul Kagame has concluded the three day citizen outreach in the Northern and Western Provinces of the country, an event where he listened to the citizens’ concerns and gave straight forward answers.

From Burera district to Musanze district, the outreach wrapped up in Rubavu district where dominant issues remained the recurrent cases of post-harvest handling.

A cooperative of milk traders raised a case of milk export whereby they claimed that the district prohibited them from exporting milk to Goma, in the neighboring city of the Democratic Republic of Congo (DRC).

“We used to sell to Goma, which had even allowed us to buy several trucks, but the district halted our business, turning us miserable at a point that we can no longer afford uniform for our children,” one cooperative leader said.

After following up on the case, the president understood that, the cooperative was selling substandard milk which forced the district to halting their business.

Rubavu is a district dominated by trade with the neighboring DRC. Fraud is also involved in the business at some point.

Minister Gerarldine Mukeshimana of Agricuture told the president that, cooperatives were helped to promote standards of milk, but, “In Rubavu, cooperatives have been reluctant to comply.”

A multi million vegetable company complained before the president, that a loan guarantee from the Business Development Fund(BDF) that was delayed has halted their expansion.

The company representative said that they export the Netherland, but, they need Rwf 78 million from BDF, which delayed.

The president wanted to understand what happened, only to hear from BDF, that “We have been waiting for the company to bring their required contribution so that we can award the loan,” said a BDF delegate.

However, the president’s understanding, is that, the BDF just was indifferent, instead of having the company go through procedures so that they are awarded the loan.

Aware that this was the last day of the outreach, citizen came from near and far. A lady from Kicukiro district, city of Kigali, complained about a case of the cell entity which “confiscated her two cows on allegation that they invaded neighbor’s crops.”

“They may accidentally invade the farm, but the solution should not be confiscating her cows,” the president said while directing the Minister of Agriculture to recover her cows.

A woman from Rubavu district told the president, that her 3 storied building has developed cracks following a maize mini factory that was build adjacent to her plot and the president directed the district mayor to solve this problem of a potential investor.

The outreach was memorable for a Congolese woman who said, her Rwandan husband abandoned her and left her with three children in Rubavu, but she has been struggling to secure citizenship for her children.

“Why not give them citizenship while they are Rwandans? Actually, if you want, you can also apply for Rwandan citizenship,” Kagame told the lady, putting a smile to her face.

The President directed the Rwanda Defence Force and the Ministry of justice, to solve a problem of a serving military officer who allegedly sold all belongings of the family in a divorce process.

This came after the wife had raised the case and said; “I am stranded with my children because he sold off the family house.”

After experience of the two previous visits, the president was direct to task the district mayors and other officials to solve problems which rotated around civil matters.

Besides this, the three day citizen outreach was dominated by issues of post-harvest handling.

From the concerns of the citizens, apparently the country has plenty of milk, but in most cases, the milk collection centers are not in good terms with farmers.

The blame game is that, farmers are bringing substandard milk, while farmers say; the milk collection centers just refuse their products, turning them miserable.

This outreach was an eye-opener for leaders in different capacities. The issues that were raised obliged the president to follow up, put to big task the leaders to explain them what went wrong. He noted that leaders are being absent mind, not the citizen and he told them to be pro-active. 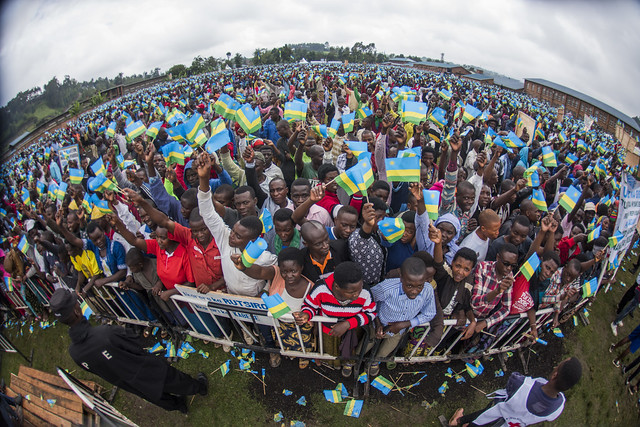