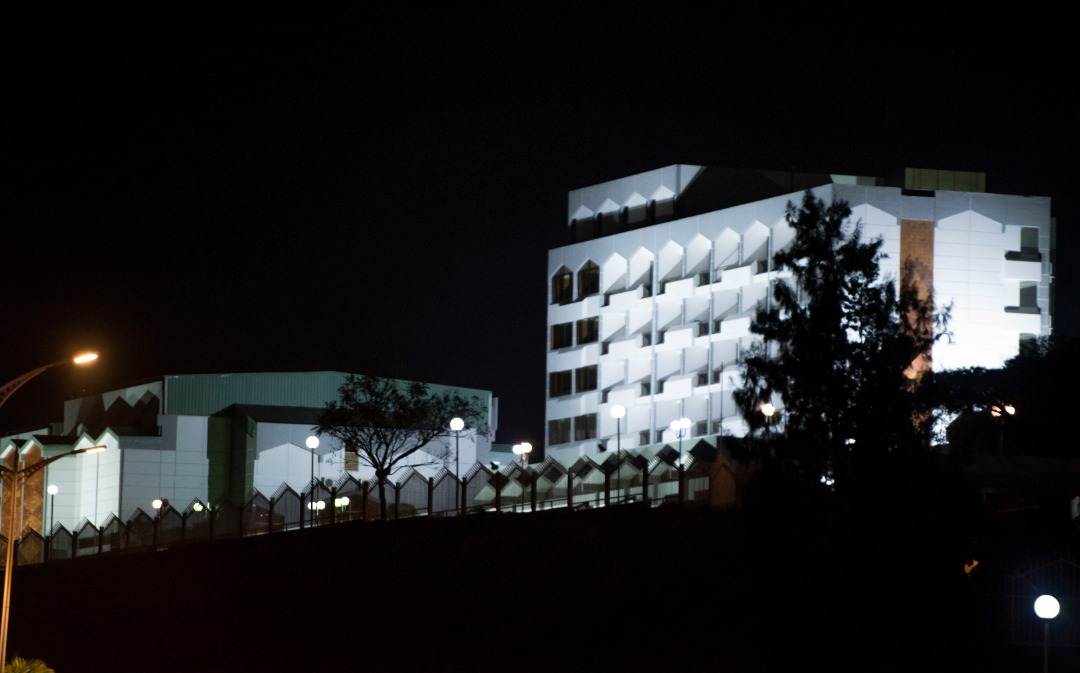 Parliamentary building at nightIn almost every corner of Rwanda’s capital Kigali, one can see a white building on top of the Kimihurura hill. At night, glittering lights are seen all over this outstanding building.

During the day, its whiteness overlooks the entire surrounding buildings – apart from the iconic Kigali Convention Center – just a walkable distance from the building’s compound.

For over a month now, this building has become another icon – with city dwellers jokingly nicknaming it Rwanda’s ‘new White House.’

“We finally have our own White House,” jokes Emmanuel Ngaramba, a cab driver.

For the past twenty five years, this building has never been painted in glittering white colours. Well, at a certain period of time, the building is repainted, but the same colors it had during the time of liberation were maintained.

Many have insinuated that the new look reflects Rwanda’s recovery for the Genocide – referring to the building as the first home to the 600 Rwanda Patriotic Army (RPA) soldiers under the 3rd battalion that not only protected its politicians deployed at the building, but also saved thousands of Tutsi who were being killed at the time.

On July 3, a film documentary named “The 600” will be premiered to give Rwandans a glimpse on how the little-known story of a surrounded battalion that started the counterattack to end the Rwandan Genocide against the Tutsi in 1994 made it – sparking the current freedom and security Rwandans enjoy. 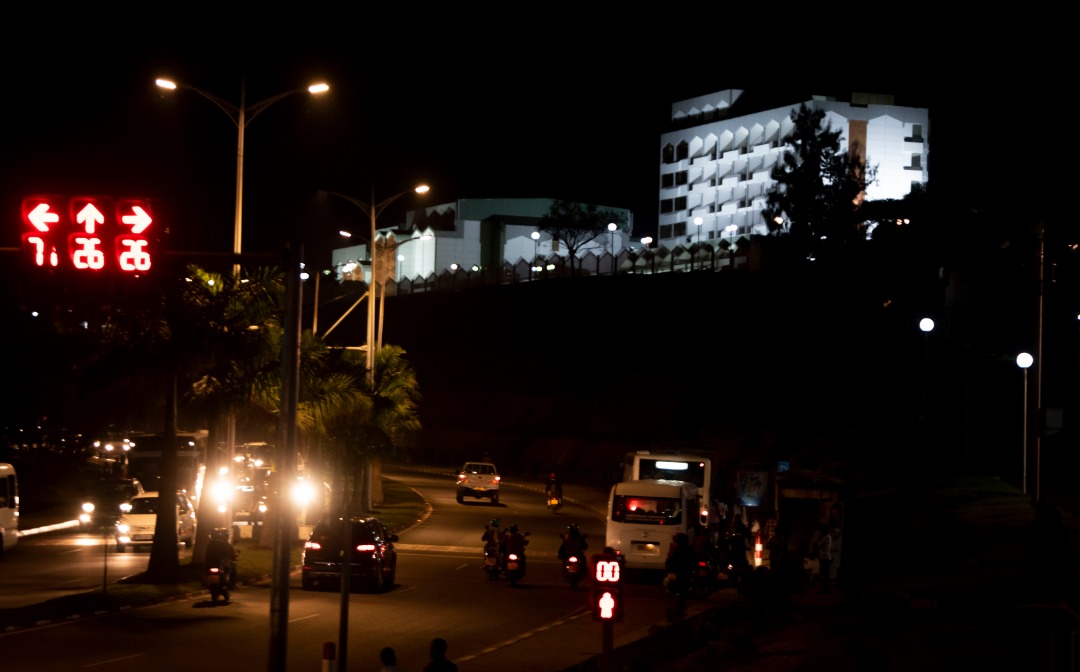 According to its Executive Producer, Richard Hall, “The 600 is an important, inspirational story that not only honors self-sacrifice and courage but also honors the memory of those who died in the Genocide against the Tutsi in 1994.”

“It also makes a connection between the RPA soldiers and the civilians they were trying to save, in one of the most desperate military missions of all time in stopping this genocide,” Hall added in a brief Twitter thread unveiled ahead of the premiere day.

A flashback on how 600 RPA soldiers arrived at the building

According to available records, on December 28, 1993, a battalion of 600-well trained soldiers embarked on buses from Mulindi – RPF headquarters near the border with Uganda, as they were escorted by the UN Assistance Mission in Rwanda (Unamir) to Kigali.

The soldiers were part of the RPA wing of the Rwanda Patriotic Front (RPF- Inkotanyi) which invaded Rwanda in 1990.

Following successful battle field with the then government, a truce was agreed to create a Broad-Based Transitional Government (BBTG).

RPF would, according to the truce, be represented at 40 per cent – leaving the rest to the former government.

It never happened. Under the command of current Rwandan Ambassador to China Lt. Gen. Charles Kayonga who held the rank of Lieutenant Colonel at the time, the force started receiving heavy gunfire mainly from Garde Presidentielle – the elite battalion that guarded former President Juvenal Habyarimana.

The other firing, according to available records, would come from Kanombe where heavy artillery was stationed – a short distance from Kigali International Airport in the current Kicukiro district.

This, according to records from Rwanda Defence Force, culminated into serious bombings of the current parliamentary building which was RPA base at the time.

Today, a monument of a 12.7 mm anti-aircraft gun lives at the rooftop of Rwanda’s parliamentary building.

The gun, according to RDF archives, was so helpful in neutralizing direct firing that were coming from the above positions occupied by the former army. 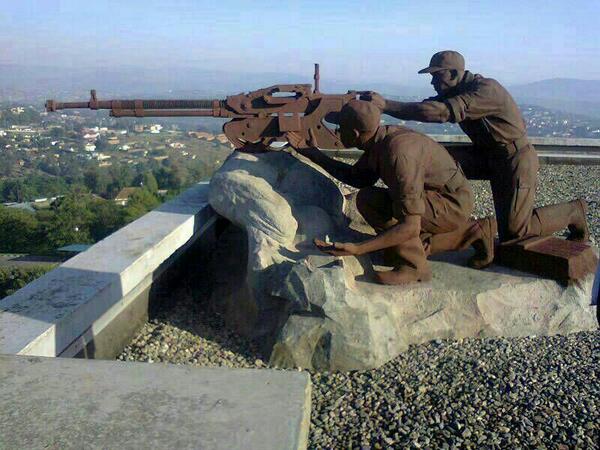 At the monument stands soldiers, among them one Maj. David Rwabinumi – the soldier who operated the gun day and night. There has been little efforts by Maj.(Rtd) Rwabinumi, to speak to the media to provide hands-on experience on the life at the rooftop of the building.

Perhaps he will provide details in the 600Film.

Meanwhile, the firing had started before the transitional government took oath, when a plane carrying former President Juvenal Habyarimana was shot down on April 6.

Massive genocide against the Tutsi kicked off – claiming more than a million lives.

The 3rd battalion faced severe attack – prompting it to change its initial mission of protecting RPF politicians, but to help stop the genocide.

At the time, thousands of Tutsi started marching towards the Parliamentary building to seek refuge at the hands of RPA.

Many of those who walked to the parliament survived under the RPA protection.

Clementine Ishimwe was 20 years old when her parents marched to the parliament to seek RPF protection.

Speaking to KT Press, she recounted the fateful night of April 6. “We heard massive gunfire that night. My father came and told us that the plane carrying former President Habyarimana had been shot down. We thought it was our end,” she says.

Later that night, Ishimwe recalls, their father ordered them to prepare for a walkable distance from the current Sonatubes area in Kicukiro district to the Parliament.

“We walked deep in the night until we arrived at the Parliament. RPA soldiers would then keep us in surrounding houses before transporting us to Byumba which was their base. That’s how my family survived,” Ishimwe told KT Press.

To her, Rwanda’s parliamentary building lives in her mind every day. “I love that building. But more interestingly, its current white colours speak a lot about liberation. I love the colour. It symbolizes peace. The building saved us from killers. We can’t thank RPA soldiers enough,” says Ishimwe.

While officials at the Parliament told KT Press that the current paintings at the building were not done in line with the 25th Liberation Day celebration on July 4, the white colour – which means safety, purity and cleanliness, reflects what Rwanda is regarded today on the global scene.

Despite changing the color, the bullet holes will remain, to serve as an unforgettable symbol of liberation. Generations, especially descendants of the 600 soldiers and all those who survived from it will look at them and say “Long live Rwanda, long live liberators.”