Six Suspects Named in the Murder of Mozambique Diaspora Head

New details revealing a racket (criminal gang) of people suspected to be behind the murder of Louis Baziga, the head of the Rwanda Community in Mozambique have emerged, confirming earlier reports that the murder could be linked to anti-Rwandan government elements.

Fresh details obtained by KT Press from reliable sources implicate six individuals in the cold-blooded murder of Baziga, who was shot dead by assailants who blocked his car before spraying it with bullets in Matola area of the Mozambican capital Maputo. 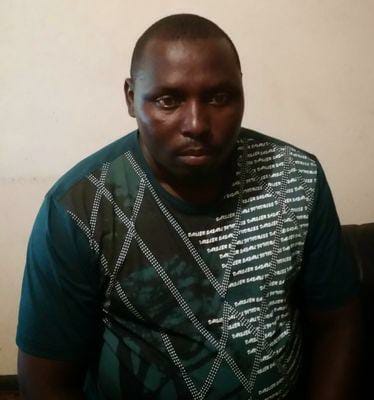 Among the suspects is Eric-Thierry Gahomera, the honorary consul of Burundi in Mozambique who is suspected to have conspired with several other individuals including Revocat Karemangingo, a former Rwandan army member (Ex-Far) who is a prominent businessman in the Southern African country.

Others are Diomède Tuganeyezu, also an Ex-FAR and businessman who along with Ndagijimana and Karemangingo had wrangles with Baziga over a Pentecostal church they had established.

KT Press understands that there are recordings of Tuganeyezu from 2016 instructing killers to take out Baziga in the first attempt on his life.

“Tuganeyezu is the “ring leader “. The trio were all involved in a case with Baziga. The other suspect is Alphonse Rugira alias Monaco, also an Ex-FAR and Eric-Thierry Gahomera, the honorary consul of Burundi to Mozambique,” the source said.

Rugira is a young brother of genocide convict Colonel Anatole Nsengiyumva, who was the commander of Military Operations for the Gisenyi. Nsengiyumva was sentenced to 15 years by the International Criminal Tribunal of Rwanda (ICTR).

Sources say Gahomera was entangled in the division of the Rwandan community in Mozambique, siding with the part that opposes the Rwandan government.

Others include Karemangingo’s cousins only identified as Lambert and his elder brother Alexis, who also live in Mozambique. Also suspected to be involved is John Hakizimana, a pastor also thought to be affiliated to RNC.

The gang had been having issues with Baziga since 2014 and before, with sources confirming that Baziga, having denounced his refugee status and responded to government programmes pitting him against the group which is involved in anti-government activities.

“He had established a church with the group since 2000 but his decision to regularise his Rwandan citizenship and acquire passports left them bitter,” the source said.

“John Hakizimana and Diomède Tuganeyezu have been directly involved in clandestine operations to eliminate Baziga along with Revocat Karemangingo and Benjamin Ndagijimana. They had been plotting since 2016 but one of the assassins hired tipped off Baziga,” the source further said.

The source further said that Ndagijimana and Karemangingo used their influence to push the court to exonerate them during a court case that pitted Baziga against them. At the time, Baziga, travelled to Rwanda briefly when his life was in danger before returning to the country, well knowing that his enemies would target him.

The involvement of the Burundian diplomat has left members of the Rwandan diaspora baffled by the interest he had in Baziga’s death.

Correction:
In the previous edition of our story, we erroneously published a wrong photo and attributed to Benjamin Ndagijimana alias Ndagije. We have since learnt that it is not him. We express regret for any inconveniences it may have caused to the owner of the photo.

Imihigo: Are Rwandan Leaders Working on the Same Pace as Kagame?