According to the World Economic Forum, the government of Rwanda is the seventh most efficient government, globally.

Central to this performance are Imihigo, or performance contracts. No one is exempted from them, not even the head of state.

This year’s declarations of Imihigo has been delayed. President Kagame informed his government that he was concerned Imihigo was increasingly becoming less centred on the stated needs of the ordinary people.

He directed the entire government from top to bottom, to rethink their approach, before the next Imihigo. 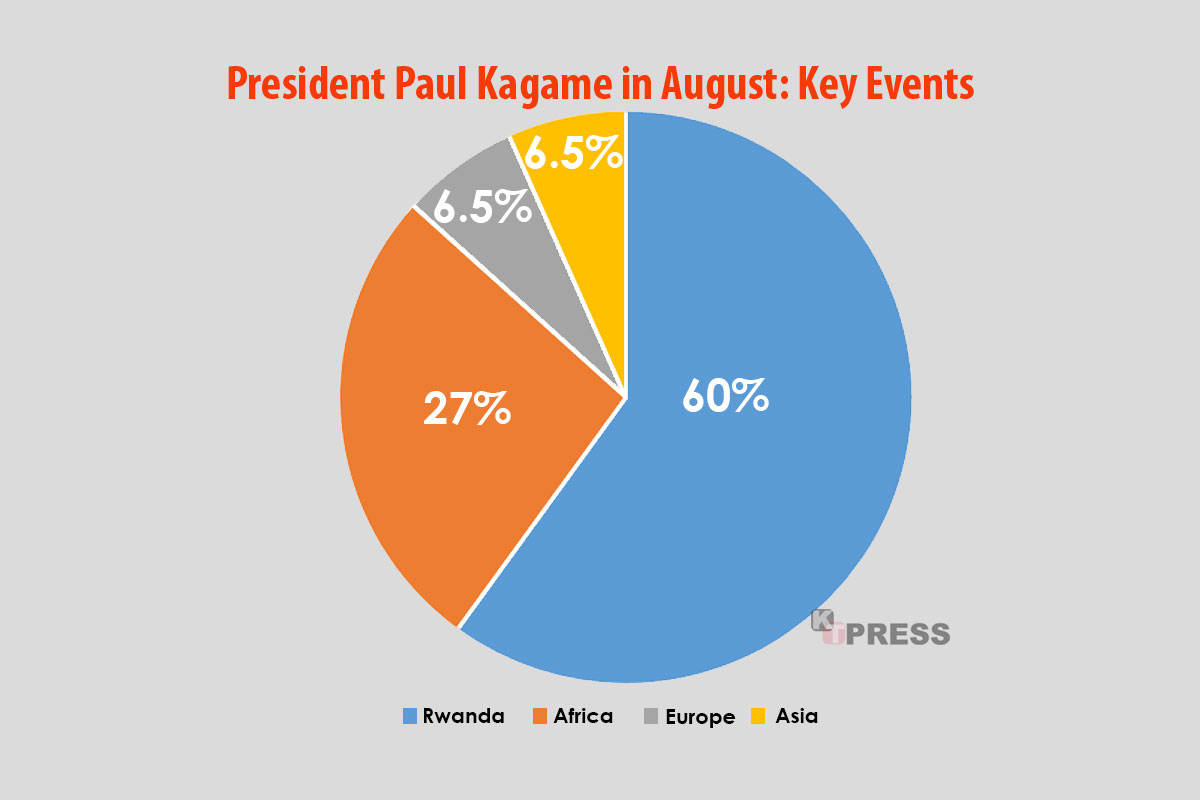 Imihigo starts with the family, family members commit to achieving specific targets for the family.

This is repeated by everyone in a position of leadership, from the lowest rung of local government to the Head of State. Each according to their responsibilities.

As Head of State, President Kagame is answerable to the entire nation, and it seems that those working below him have a lot to do to keep pace with him.

President Kagame’s pace is exceptional – that he even surprises many at events some would never expect him to attend.

A case was in January this year, when he left Davos, Switzerland in the middle of the night, because of a key event he wanted to grace back home.

The President was attending World Economic Forum in Davos but had in mind that a crucial event back home – the inaugural of the University of Global Health Equity (UGHE), located in Burera district – Northern Rwanda, was necessary.

Following the January event, President has been busy both home and outside the country.

As the signing of Imihigo remains on hold, KT Press takes you through how President has been spending his time this month.

His August schedule kicked off with a visit to Musanze district in Northern Province – home to volcanoes Mountains – the country’s home to rare mountain Gorillas. 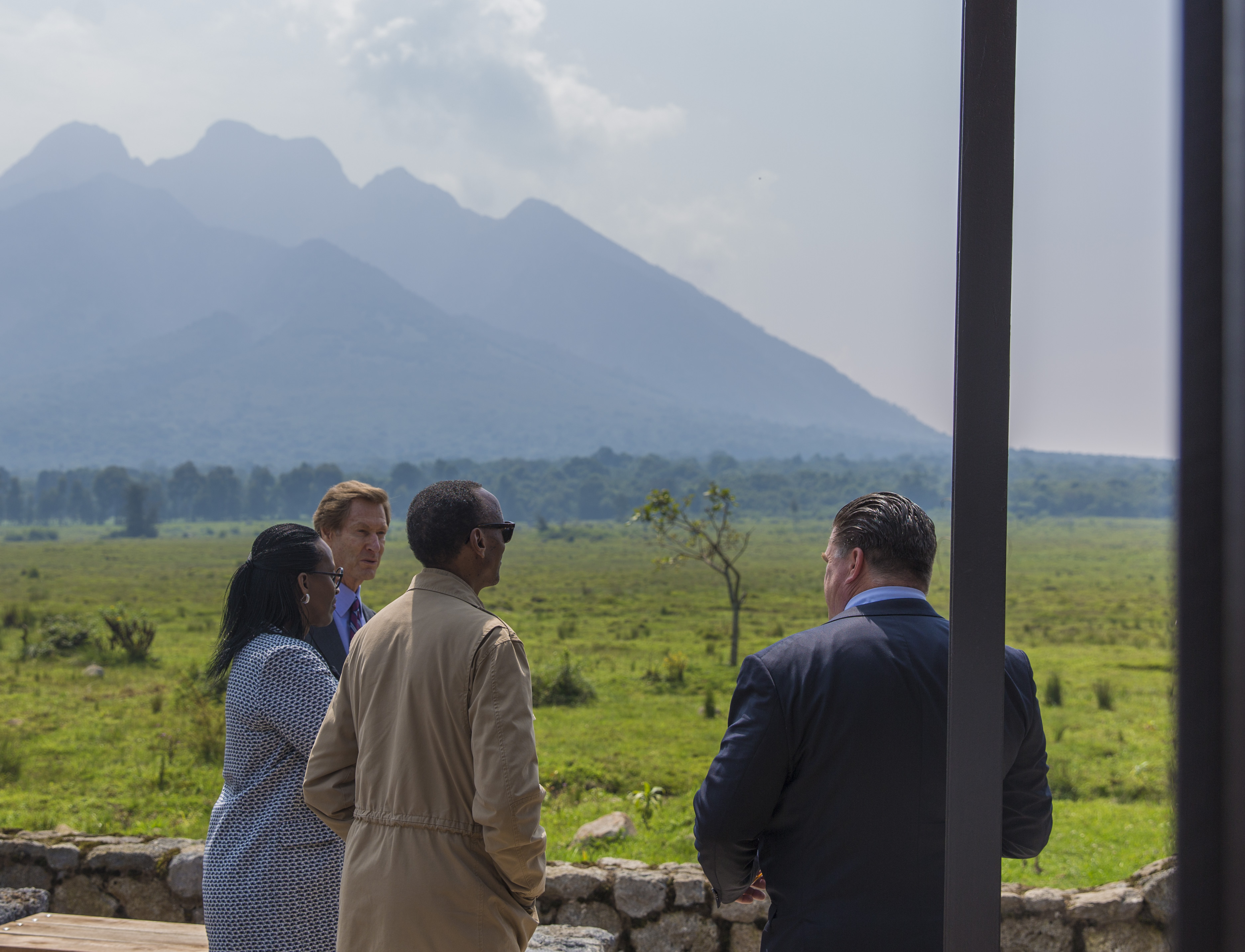 Kagame’s visit to the district was to unveil Singita Kwitonda Lodge and Kataza House – one of the most luxurious hotels Rwanda has ever had.

Located in Kinigi sector, Singita Kwitonda Lodge and Kataza House is set within a landscape of wetlands and lush meadows with magnificent views of the Sabyinyo, Gahinga and Muhabura volcanoes. 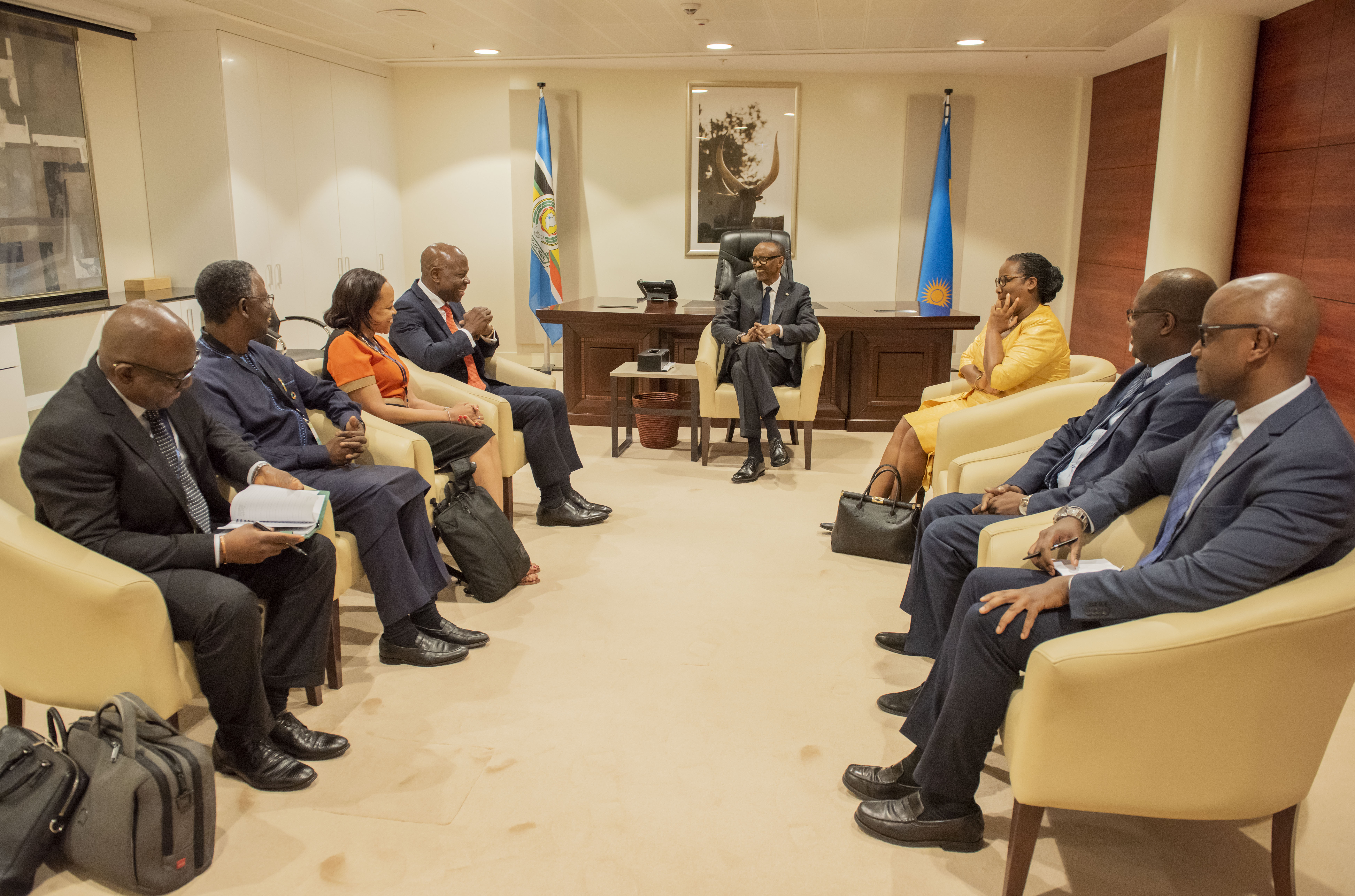 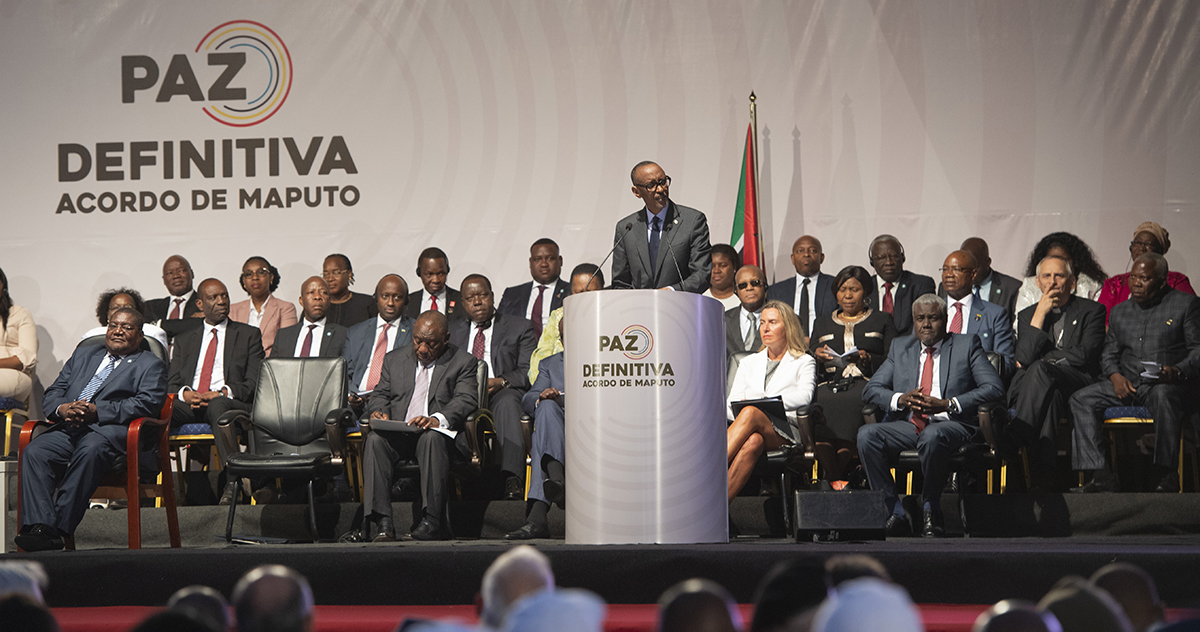 The next morning, President Kagame travelled to Maputo, Mozambique, to witness the signing of peace and reconciliation agreement between the Government of Mozambique and Mozambican National Resistance (Renamo) – the main opposition party.

On August 7, President Paul Kagame who is also the Chairman of the board of the Sustainable Development Goals (SDGs) Centre for Africa, arrived in the Zambian capital Lusaka, where he joined his counterpart President Edgar Lungu for the launch of the SDGs Sub-Regional Centre for Southern Africa. 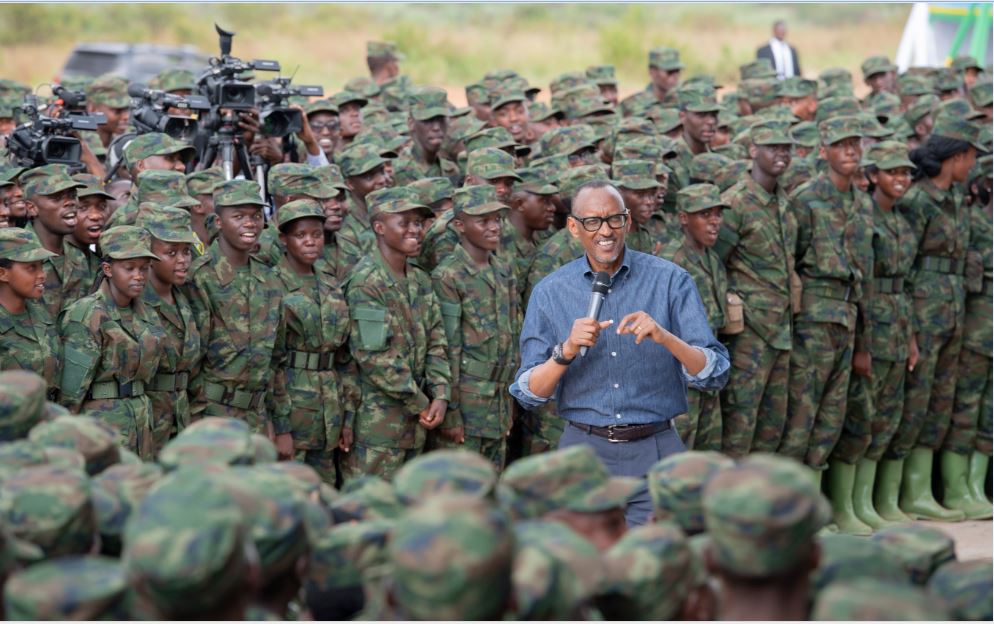 Back home the next day, the President officiated the closing ceremony of 698 young people who completed the 12th Itorero Indangamirwa exercise at Gabiro Combat Training Centre in Gatsibo district, Eastern Province. 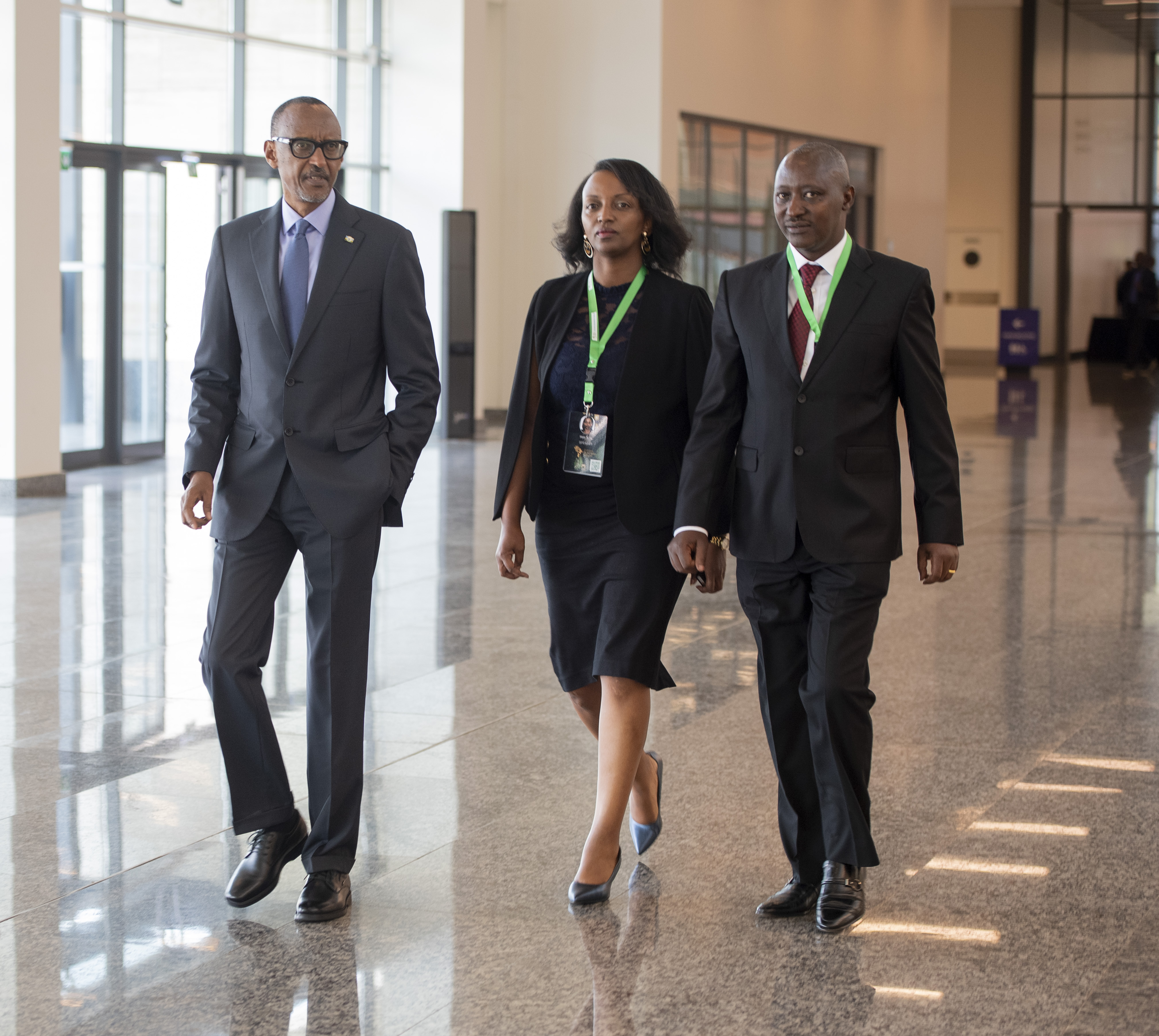 The forum, which he addressed, was convened to discuss how the African private sector can contribute to the Africa Continental Free Trade Area – a continental single market launched early last month. 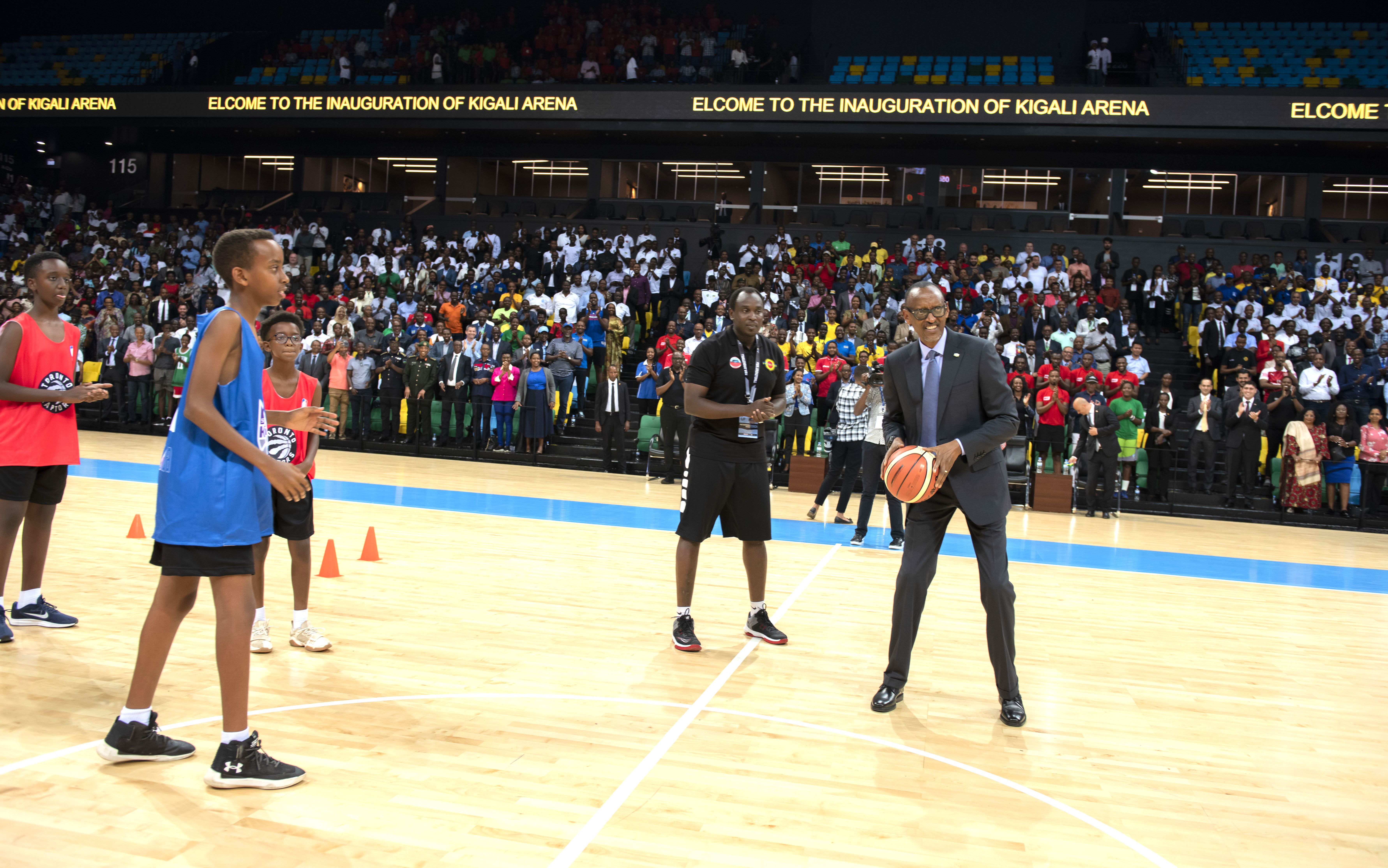 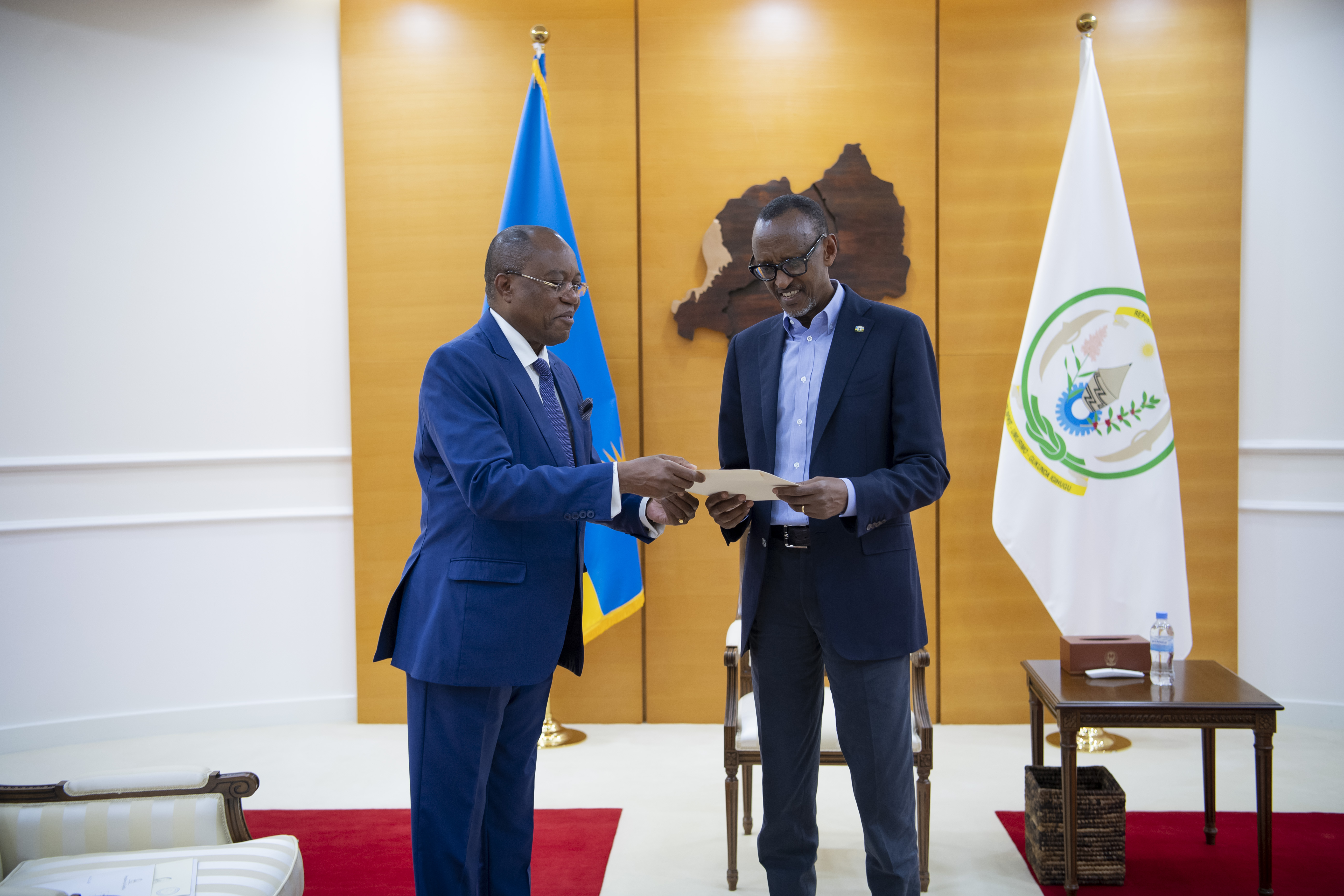 On August 13, Kagame received Angolan Minister of Foreign Affairs, Manuel Domingos Augusto at his office in the capital Kigali. 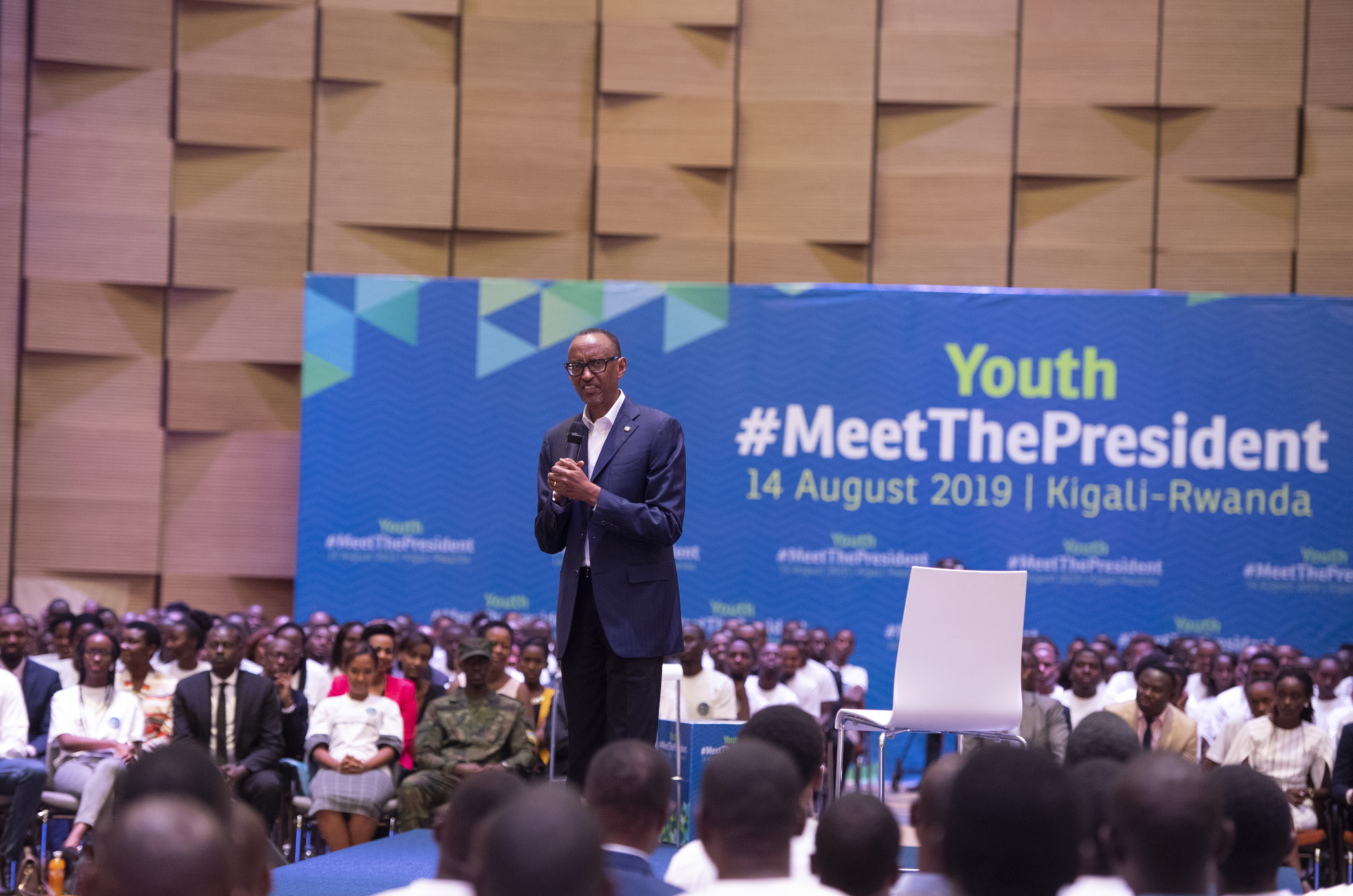 The following day, Kagame met and held candid discussions with over 2000 youth under the ‘Meet the President’ session at Intare Conference Arena in Rusororo sector, Gasabo district in the capital Kigali. 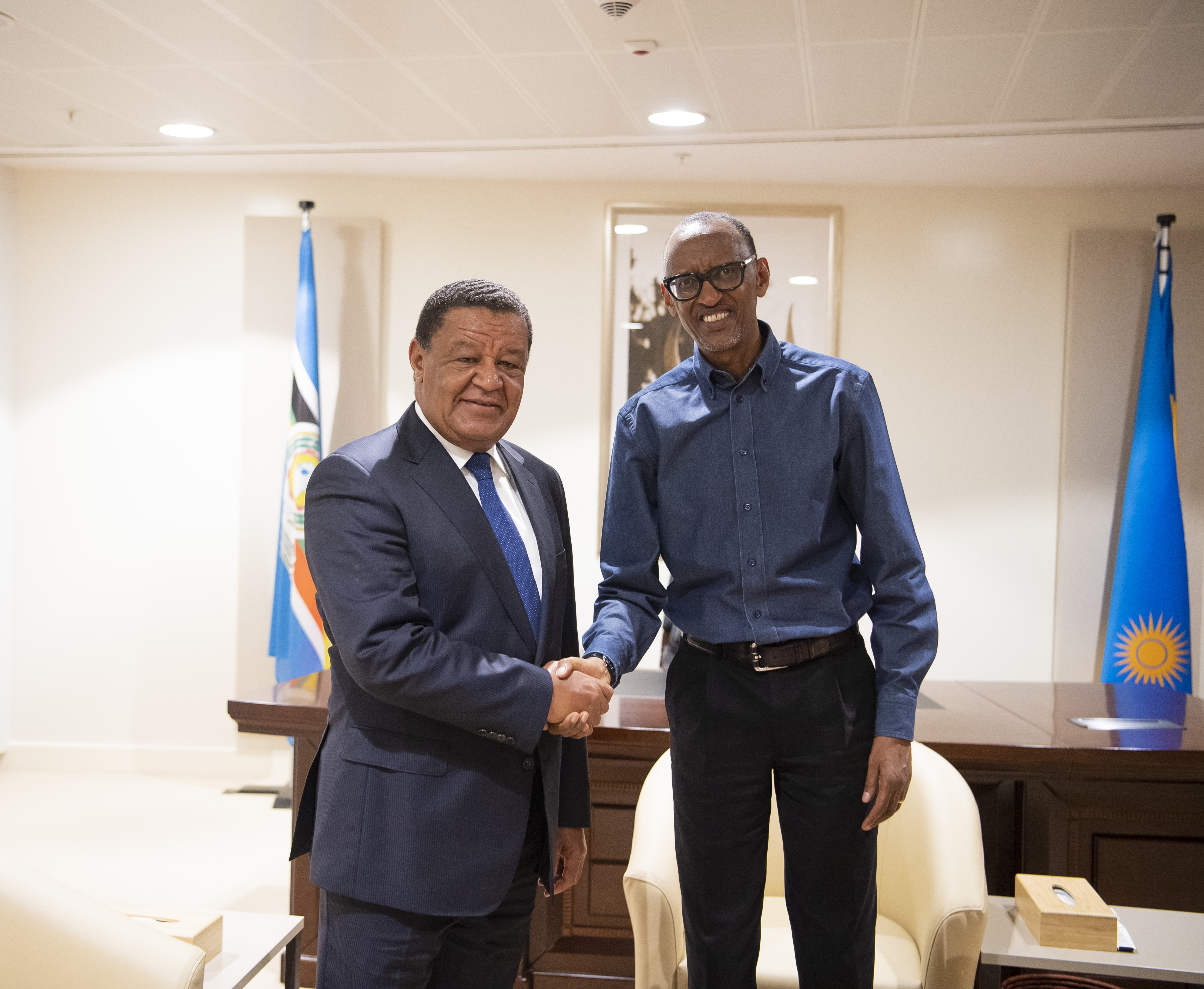 Kagame received at his office Jenny Ohlsson – the outgoing Swedish Ambassador to Rwanda, who bade farewell to the President as she wound up her duties to Rwanda. 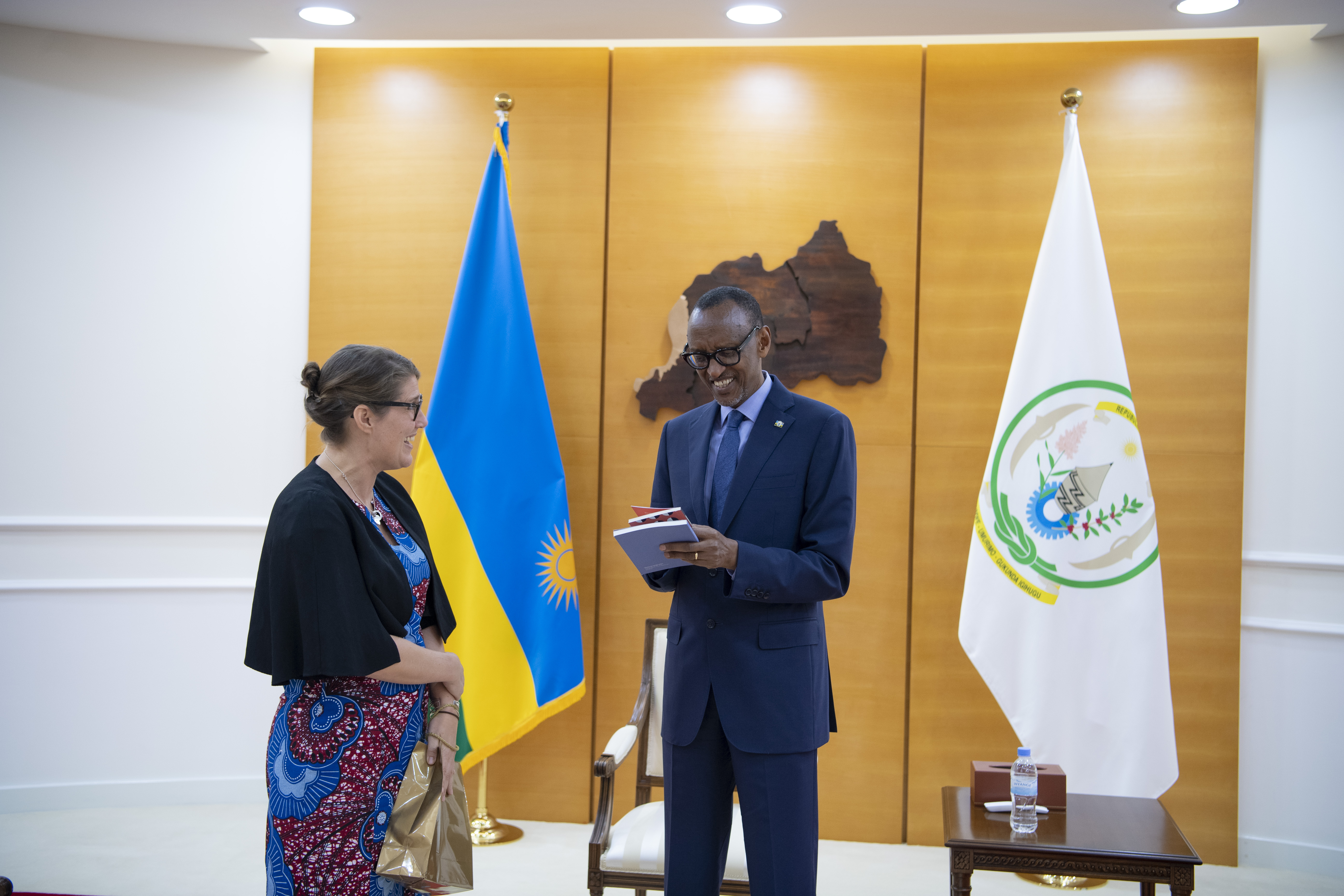 From 19-21 August, President Paul Kagame and First Lady Jeannette Kagame were in Windhoek, the capital of Namibia for a State Visit.

From Namibia on August 21, President Kagame headed to Luanda, Angola to attend a quadripartite summit.

The summit, concluded with the signing of a Memorandum of Understanding to resolve the ongoing tensions between Rwanda and Uganda, with the hope of fully restoring ties. 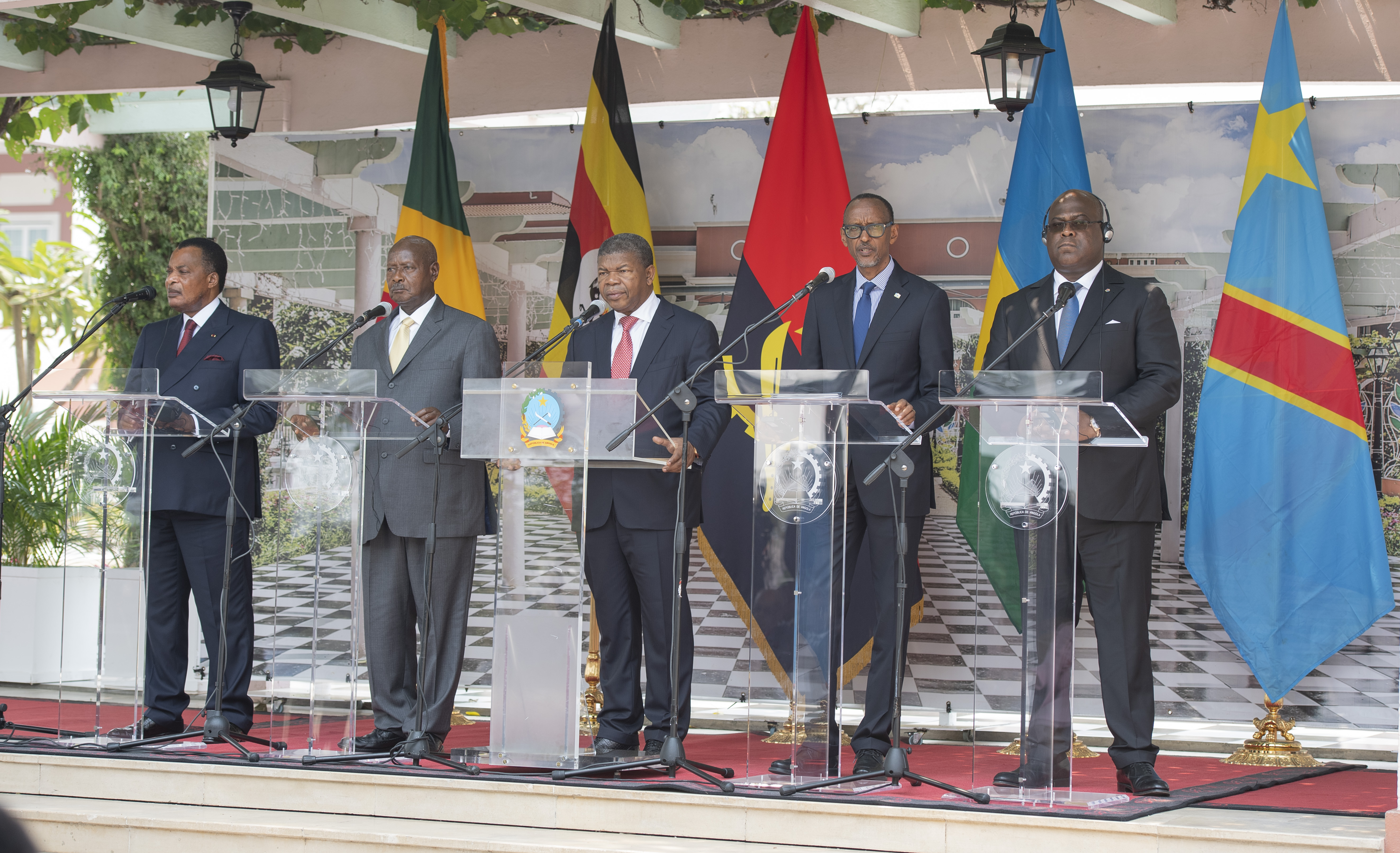 In Angola, Kagame met Uganda’s President Yoweri Museveni under the auspices of President João Lourenço of Angola, in the presence of President Félix Tshisekedi of Democratic Republic of Congo (DRC) and President Dennis Sassou Nguesso of Congo Republic. 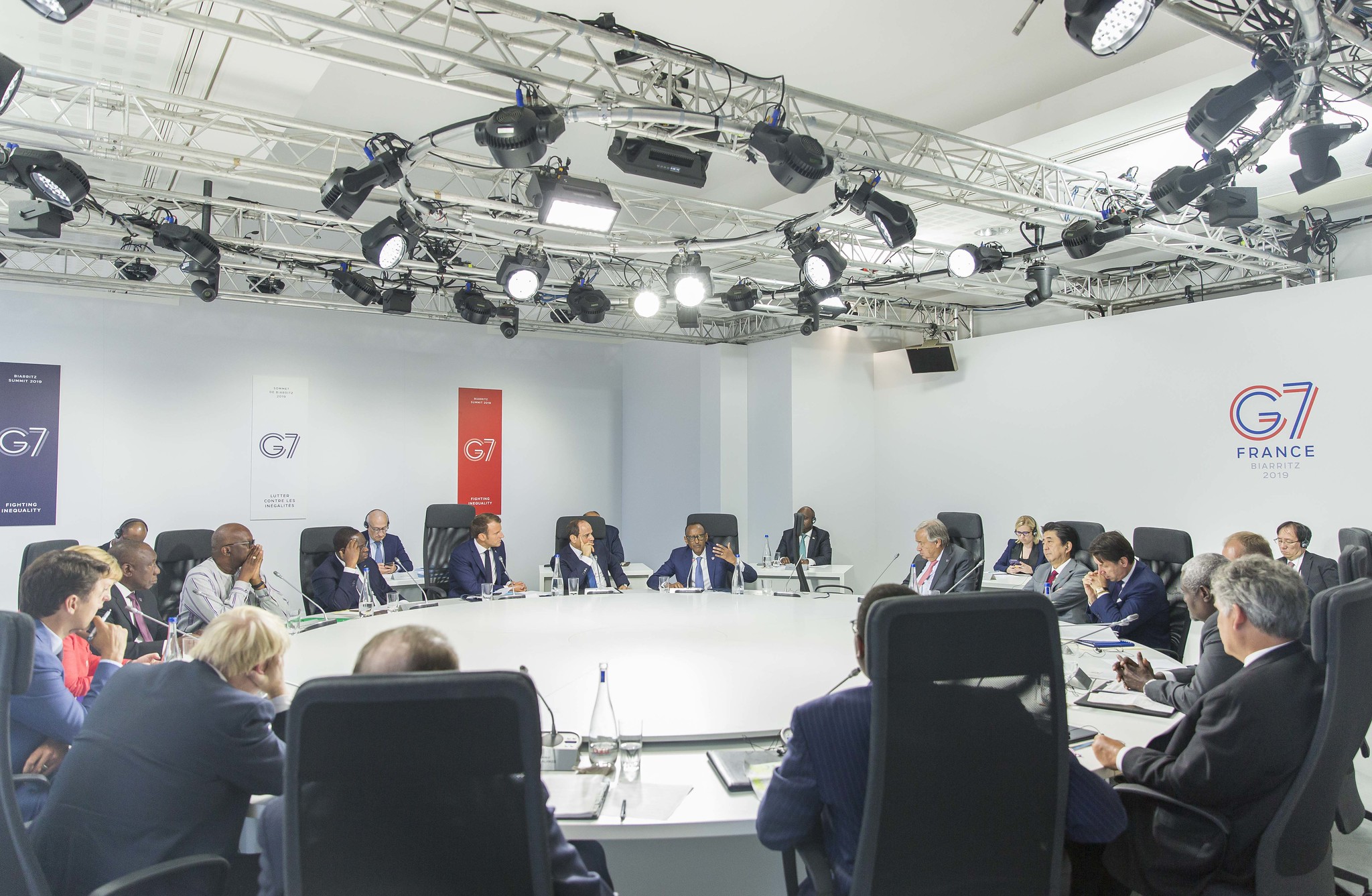 From 25-26 this month, President Paul Kagame was in the Coastal city of Biarritz, France, attending this year’s G7 summit.

For the first time, Rwanda and other four African countries were invited to the Group of Seven (G7) summit, consisting of Canada, France, Germany, Italy, Japan, the United Kingdom, and the United States.

From Wednesday to Friday this month, President Kagame is attending the 7th Tokyo International Conference on African Development (TICAD) in Yokohama.