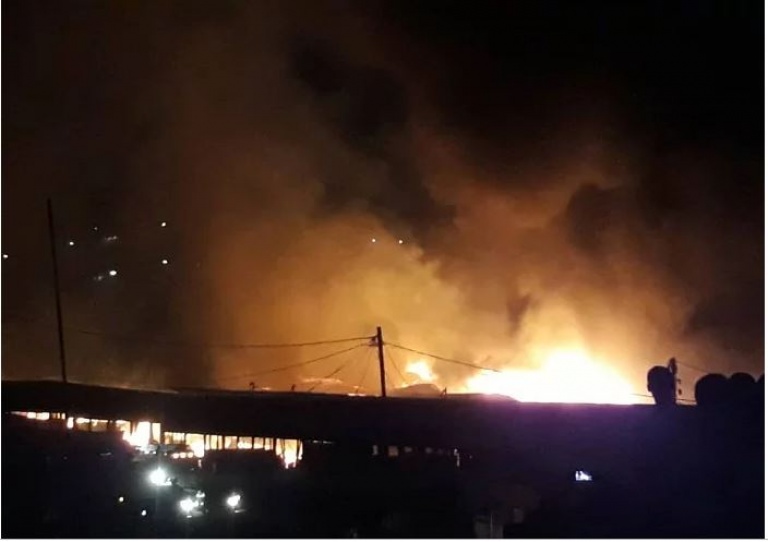 Hundreds of traders in Kigali city will restart from ash following a series of massive fire outbreaks that gutted their shops within the last two months making Rwf3.8 billion loss.

The incident started on June 3, when Gisozi furniture market from Gisozi sector, Gasabo district, allegedly the biggest of the country caught fire leaving the owners jobless.

Traders announced to have lost properties worth Rwf80Million.

In the same circumstance, same month – June 27, another fire swept a big part of the same market, but the damages were far bigger than in the previous incident with a loss of Rwf2 billion.

As if this was not enough, on July 13, the incident relocated to Kimironko, and still, the target was furniture market.

While traders were preparing to go for lunch after a busy morning, they stood in wonder watching helplessly as fire gutted their small and medium enterprises.

Frank Mazimpaka, one of the victims told KT Press that the damage was estimated to Rwf1.5 billion.

The latest fire outbreak was in Nyabugogo on August 5 and iy razed goods worth Rwf250 million and the cause of the incident remain unknown though traders reported faded wiring system in the market.

“I left my restaurant in good condition at around 12:00am, soon as I reached home, I got a call that my business was set on fire,” Immaculée Uwizeyimana one of the victims told KT Press.

“It will take me time to recover. I have lost properties worth Rwf10 million in the incident.”

Deputy Commissioner General of Police Juvenal Marizamunda said that some of the fire incidents are preventable, but the poor electrical connection and negligence of security measure by business owners are other major issues nowadays.

In bid to increase firefighting equipment, Marizamunda said that currently there is a plan to purchase one firefighting truck in each financial year adding to the existing eight trucks that are stationed in all four provinces and Kigali city.

“It’s extremely costly to purchase the fire equipment but we are focusing on more preventive measures. For example, every commercial building must have a hydrant and trained staff,” Marizamunda told KT Press after fire outbreak in Kimironko.

More worrying, of all the victims of fire accidents 98% had not insured their business, risking no compensation.