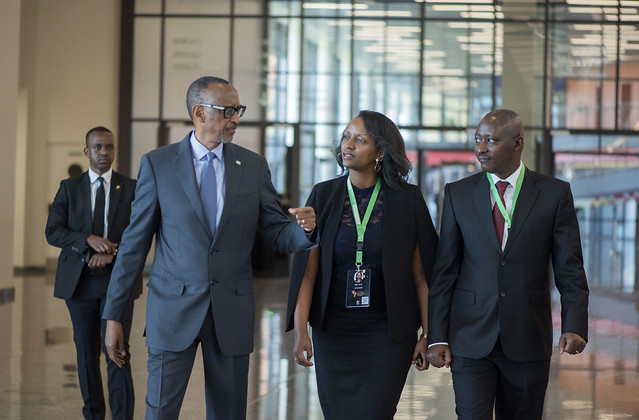 President Paul Kagame says the African Continental Free Trade Area (AfCFTA) should ease free movement of people as it will for goods because goods cannot move on their own if people cannot move freely.

President Kagame made the observation on Friday at the inaugural Private Sector Federation (PSF) Golden Business Forum which brought together over 600 members of the business community from Rwanda and 22 other countries under the theme “Unlocking Intra-Africa Trade”.

The Head of State said the pace of regional and continental integration has accelerated significantly in recent years, citing the AfCFTA under which African countries will begin trading in July 2020 as one of the key milestones of integration on the continent, adding that they should ease free movement.

“The Protocol on the Free Movement of People has been signed, and the ratification process is underway. Once in effect, Africans will no longer require visas to travel within Africa, among other valuable rights,”

He noted that African countries have to understand that even with most restrictions on movement of people and visas, people have been moving.

“They move across borders whether you give them visas or not. Some of these people are brothers and sisters, only that they live on opposite side of what is known as the border,”

“It is up to us the leaders to really make it easy for all of us because in the end we benefit without exception,” President Kagame said. 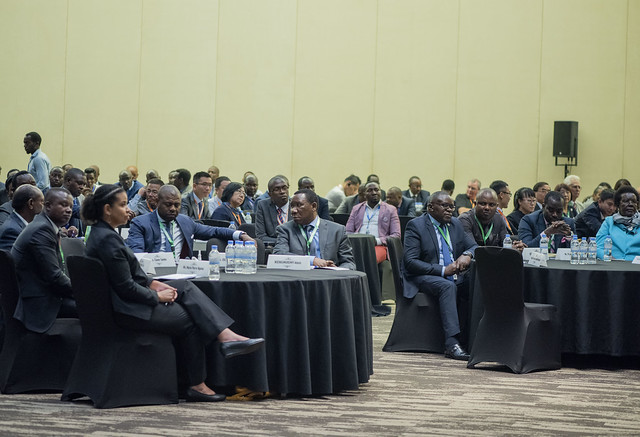 The Head of State observed that the adoption of the Single African Air Transport Market (SAATM) will eliminate internal barriers for African airlines.

“These agreements are set to remake African economies for the better, generating new opportunities for the firms who are ready to take full advantage. Of course, we expect that African companies will be in the lead, showing the way,” he said.

President Kagame said that the progress at the continental level complements what the East African Community has been doing, adding that the countries are working to build shared railway, infrastructure and power transmission.

He said that the Single Customs Territory, and the associated digital applications, have enhanced trade facilitation, adding that these measures, among others, have already resulted in increased trade volumes within the region and boosted revenues. 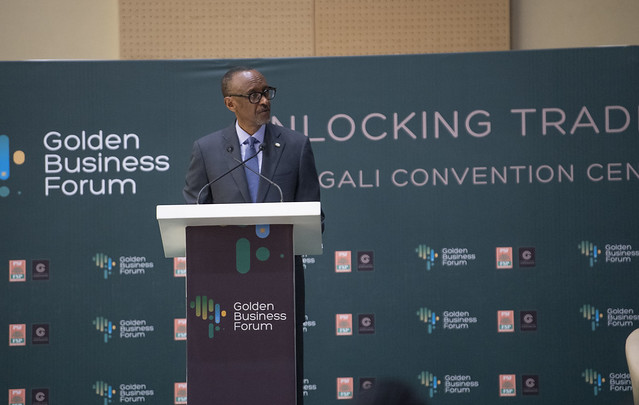 He said that today the private sector is expected to play a central role in Africa’s transformation and development, a task which in the past has been left to governments and NGOs.

“Business was rarely included in the conversation, even though the business people were always a significant part of that development,” he said.

On trade, President Kagame said that over the past 15 years, African countries have been among the strongest performers on the World Bank’s Doing Business but pointed out that the continent’s continued growth requires global linkages, especially through business-to-business relationships.

“The more we trade with each other, within Africa, the more we will be able to export to the rest of the world, as well, but it increases the understanding of each other and creates a good relationship among our neighbors. Definitely, there is direct correlation,” he said.

Referring to statistics by the Economic Commission for Africa (ECA), the PSF Chairman Robert Bapfakulera said AfCFTA has the potential to boost intra-Africa trade by 52 per cent once African countries eliminate import duties and non-tariff barriers.

“According to economists, the AfCFTA will make Africa the world’s largest free trade area with Gross Domestic Product worth about $2.4 trillion. Africa’s population is expected to grow to about 2.6 billion by 2050, making it the world’s largest market,”

“So a free tariff access to markets will encourage service providers and manufacturers to leverage the economies of scale,” he said.

Mr Bapfakulera said African private sectors and business leaders are ready to take advantage of the AfCFTA and the business opportunities it will offer.

The business forum, which will be taking place annually, got a boost from President Kagame who said that he would be attending it whether he is still in office or out of office.

The Head of State urged people to attend the ongoing Rwanda International Trade Fair (RITF) commonly known as the Expo which ends this Sunday.