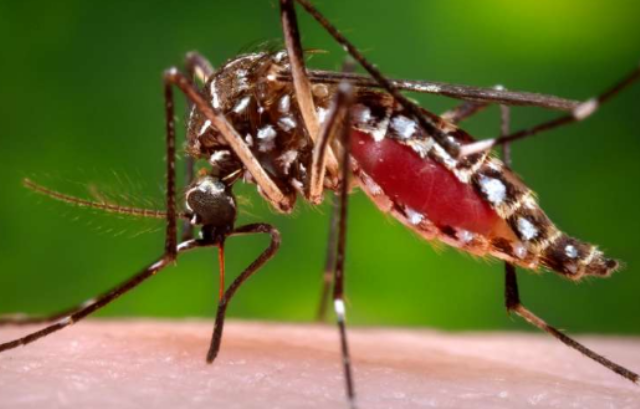 An outbreak of dengue fever – a mosquito-borne viral disease has attracted the attention of the East African Legislative Assembly (EALA) and responsible officials from regional health Affairs, demanding an immediate solution to contain transmission.

Rwanda says it is on high alert as the outbreak could enter the country after being discovered in Kenya and Tanzania.  Unlike other dangerous epidemics, dengue fever is caused by mosquitos’ vector known as ‘Aedes aegypti’.

According to World Health Organization (WHO), dengue fever signs and symptoms include high fever (40°C/104°F), severe headache, pain behind the eyes, muscle and joint pains, nausea, vomiting and swollen glands.

Other serious symptoms are in-bleeding and pain behind the eyes.

There is no specific treatment for dengue fever, but early detection and access to proper medical care lowers death rates below 1% according to the World Health Organisation (WHO).

Dengue fever has been detected in Kenya and Tanzanian shorelines, and the condition that attracted the attention of EAC member states to convene, discuss the preparedness of containing its exposures from other member states where it has not been detected.

This fever has reportedly killed three people in Dar es Salaam and one in Dodoma – Tanzania while 100 people have been detected in Mombasa, Kenya.

Patients who are already infected with the dengue virus can transmit the infection for 4–5 days via Aedes mosquitoes, according to WHO.

Dengue virus outbreak finds other killer epidemics – Ebola that has claimed thousands in neighbouring countries including, Democratic Republic of Congo (DRC) and Uganda.

Dr José Nyamusore, Head of Epidemiology and surveillance Division at Rwanda Biomedical Centre told KT Press that, “dengue fever has not been detected in Rwanda, but we are discussing possible ways of stopping it from crossing borders, just like we contained Ebola.”

“It is not a serious disease like Ebola, but it also has dangerous health impacts that would result into death, it is caused by mosquitoes, and its early signs are; severe fever and flu, severe dengue could cause death,” Dr Nyamusore said.

Available figures indicate that a total of  252 dengue virus patients were hospitalized in Dar es Salaam while other 55 were admitted at health facilities in the Tanga region in April this year.

At a three-day meeting that started on Friday last week, EALA and health experts from the region have been discussing sustainable interventions to combat transmission of dengue and Ebola virus.

“Unlike malaria vectors that bite at night and can be controlled by sleeping under bed nets, Aedes aegypti – the main vector that spreads dengue fever – bites during the day. Sleeping under bed nets would, therefore, have minimal impact on the control of the diseases,” Dr Nyamusore told KT Press.

“In Rwanda, policies that prevent the spread of malaria have been in place for many years, including, insecticide spraying, sleeping under treated bednets and indoor and outdoor spraying of homes, the best way to prevent mosquito bites.” Dr Nyamusore said.