Rwanda and Uganda have vowed to take necessary steps to implement the provisions of the Memorandum of Understanding (MoU) signed on August 21, 2019, in Luanda, Angola aimed at resolving tensions between the two countries.

The first meeting to form the AdHoc Commission to follow up on the implementation convened in Kigali on Monday, with delegations from both sides led by the Ministers of Foreign Affairs as well as other high ranking officials.

The Minister of Local Government Prof. Anastase Shyaka, the Minister of Justice and Attorney General Johnston Busingye and the Secretary-General of the National Intelligence and Security Services (NISS) Maj. Gen Joseph Nzabamwita were also part of the Rwandan team.

Also on the Rwandan delegation was Rwanda’s High Commissioner to Uganda, Maj. Gen Frank Mugambage, and Anaclet Kalibata, the Director-General of External Intelligence and Security Services while the Ugandan delegation was also composed of the Minister of Internal Affairs Maj. Gen J.J Odongo, Attorney General William Byaruhanga and the High Commissioner to Rwanda Olive Wonekha.

Minister Nduhungirehe noted that the Luanda MoU is an important milestone towards sustainable peace and security in the region but emphasised the need to implement it fully and addressing the outstanding concerns in whole. 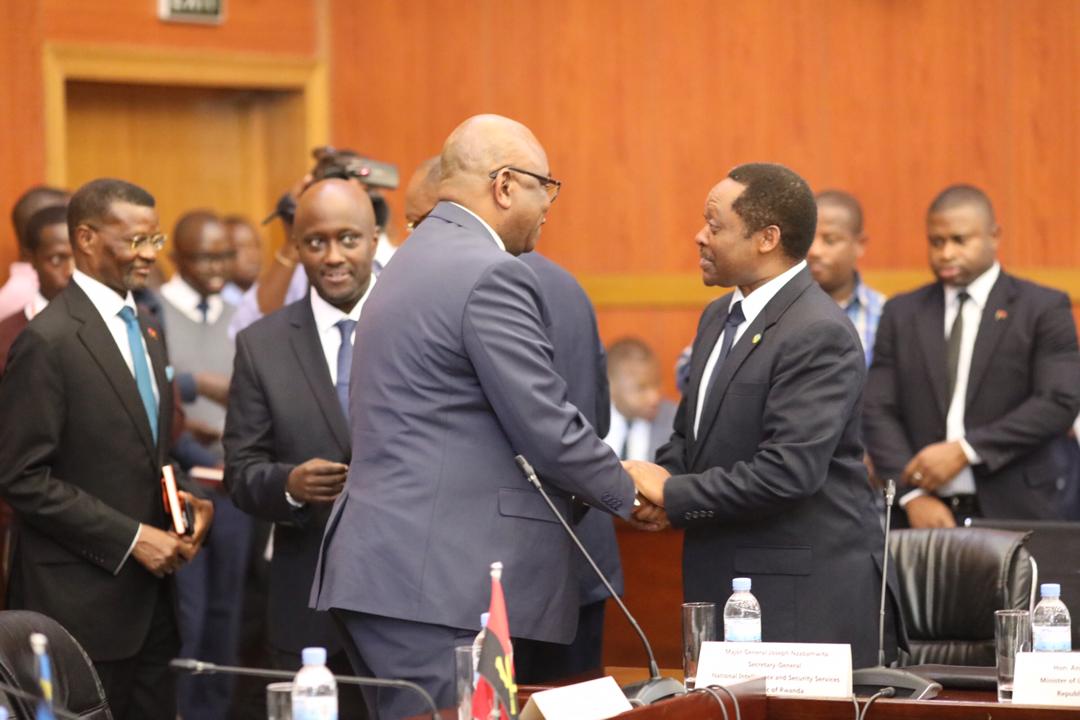 “As neighbours and partner states of the EAC, we share a common vision of peace, security and economic integration and we are bound by the protocols we signed, especially the protocol on peace and security and the common market protocol which provides for free movement of people, goods services and capital as well as the right of residence and establishment,” Minister Nduhungirehe said.

Nduhungirehe reiterated the key concerns that led to the deterioration of ties between Rwanda and Uganda, indicating that these must be addressed for the two countries to progress and restore good neighbourliness.

“Nonetheless, there are concerns that continue to hinder our bilateral relationship and good neighbourliness. Those concerns include active support provided to elements hostile to Rwanda, the arbitrary arrest, detention and torture of innocent Rwandans in Uganda and acts of economic sabotage,”

“The Luanda MoU was entered into so that these concerns are addressed,” Minister Nduhungirehe said, adding that Rwanda remains committed to doing her part.

On his part, Minister Kutesa recalled the historical ties between Rwanda and Uganda, dating back before colonialism, indicating that the two countries have coexisted for many centuries and whenever ties between the two neighbours are not good, the socio-economic co-existence of the people is impacted.

“The people of our two countries, more than anybody else, are anxious and need to see progress. Therefore we should consider immediate steps to normalise relations,”

“I wish to reaffirm that Uganda is committed to a peaceful and friendly co-existence with Rwanda. It is our expectation that this meeting will launch the process of the normalisation of relations in a tangible way,” Minister Kutesa said, adding that meeting in Kigali and the establishment of the Ad Hoc Commission should be viewed as part of an important process towards the implementation of the Luanda MoU. 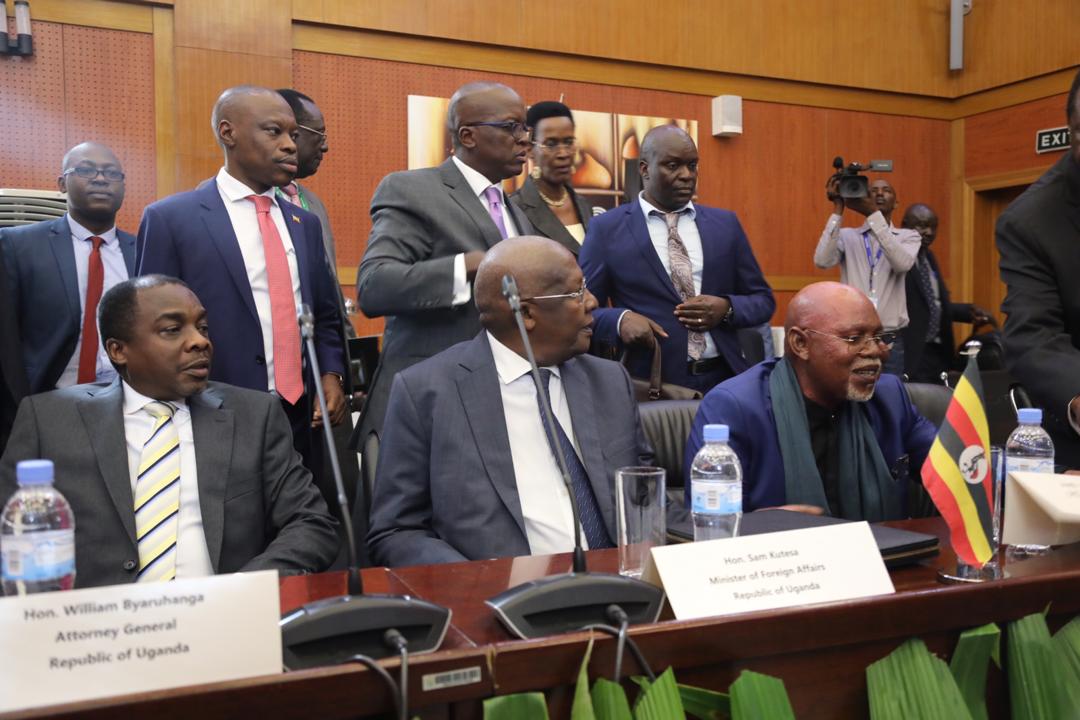 Also present in the meeting was Angolan Minister of External Relations Manuel Domingos Augusto and the DR Congo Deputy Prime Minister and Minister of Interior, Security and Customary Affairs, Gilbert Kakonde Malamba who attended as facilitators.

The Angolan Minister, speaking on behalf of President João Lourenço of Angola, who initiated the reconciliation process, said that he is optimistic that the talks in Kigali will lay a firm foundation for Rwanda and Uganda to begin the rapprochement process to fully restore ties between the two countries.

“The understanding between Rwanda and Uganda is very important because it goes beyond bilateral relations. We know the importance of these two countries in the peace and stability of our region and continent,” he said, adding that the entire world is watching to see what comes out of the meeting in Kigali.

“Let us be ready to show the world that we are capable of not only beefing up peace and stability in our countries but most importantly maintaining it and using it for our development and cooperation on the framework of regional integration and for the development of our continent,” Augusto said, adding that meeting in Kigali should produce the expected results.

“It is our duty to see that Uganda and Rwanda address the existing issues between them. As good neighbours, we cannot sit back and watch as the neighbour’s house burns,” he said.

The AdHoc Commission which will be established in Kigali will follow and set the momentum for the implementation of the MoU.

Presidents Paul Kagame and Uganda’s Yoweri Museveni under the support of President Lourenço signed the MoU in the presence of President Tshisekedi and President Dennis Sassou Nguesso of the Republic of Congo.

The MoU is expected to pave the way for the normalisation of relations.

The MoU set out the terms the two countries will follow in the reconciliation process, including both parties undertaking to respect the sovereignty of each other. 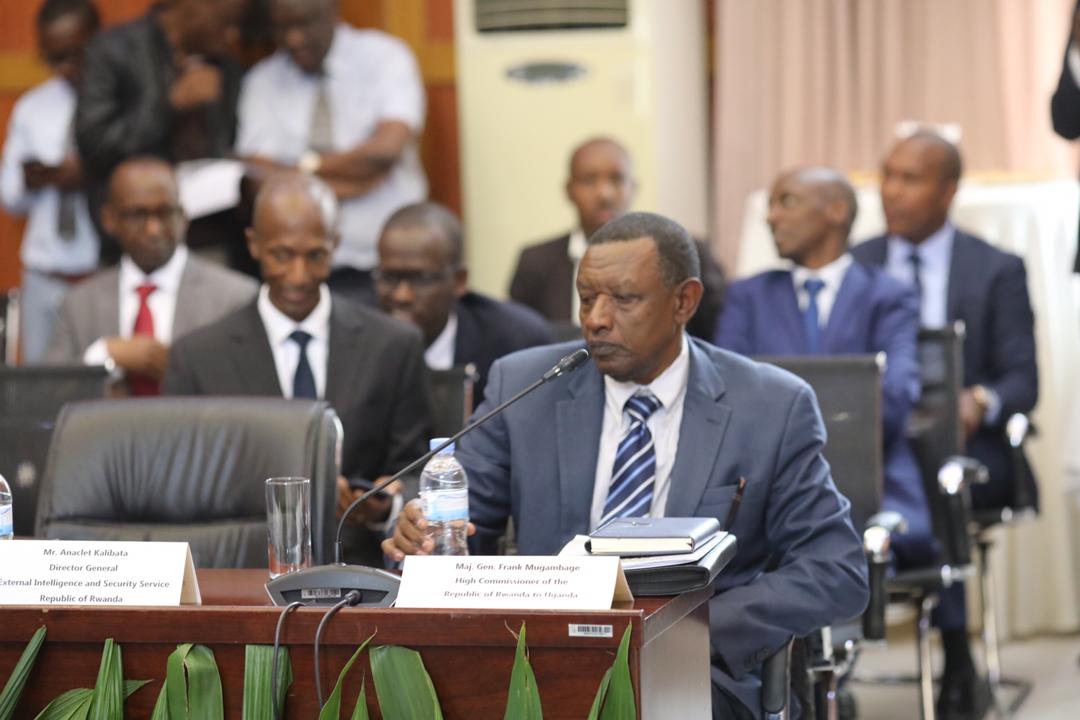 Among other things, both countries were expected to refrain from actions conducive to destabilisation or subversion in the territory of the other party and neighbouring countries, thereby eliminating all factors that may create such perception, as well as that of acts such as the financing, training and infiltration of destabilisation forces.

The MoU also stipulates that both countries will resume the cross-border movement of people and trade as soon as possible, for the development and improvement of the lives of their populations. 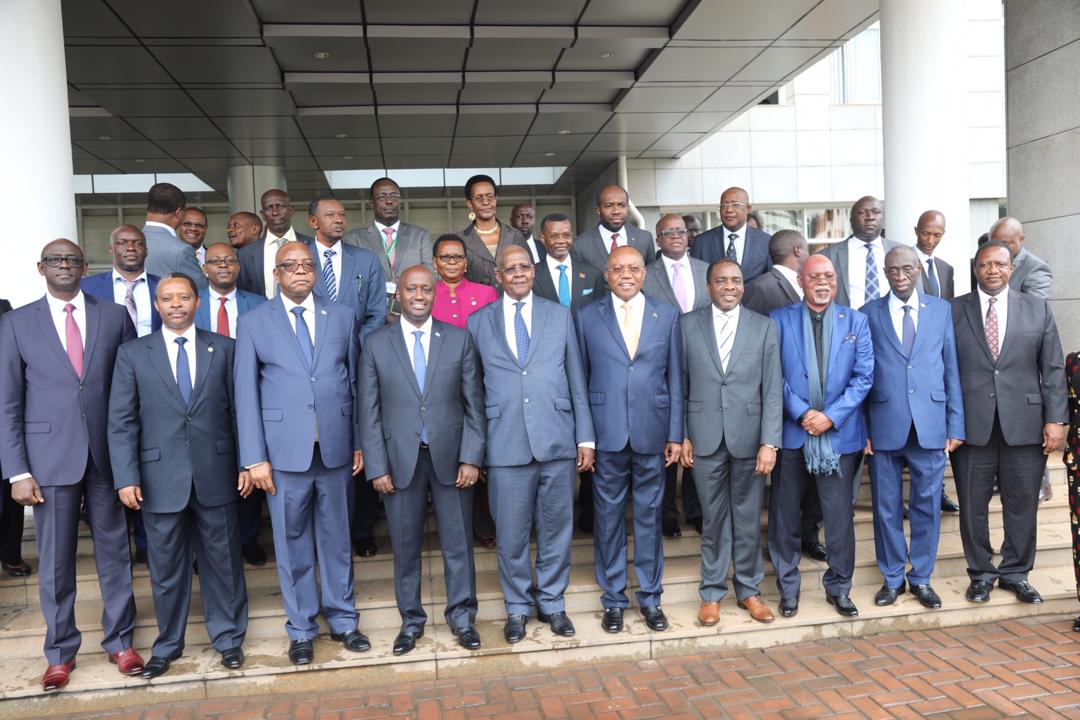 The signing of the MoU was followed by more tensions including blocking of news sites, while more Rwandans continued to be illegally dumped on borders with Uganda.

Relations between Rwanda and Uganda have been affected over the last two or so years, with Rwanda particularly accusing Kampala of arbitrarily arresting and torturing Rwandans in Uganda, expelling hundreds, supporting groups fighting the Rwandan government and economic sabotage.

Gearing up to today’s meeting, Uganda continued to expel Rwandans from Uganda in droves from detention centres where they have been held without trial, something Rwanda has constantly protested.

Rwanda has maintained that the only way to normalise relations would be for Uganda to address the raised concerns.