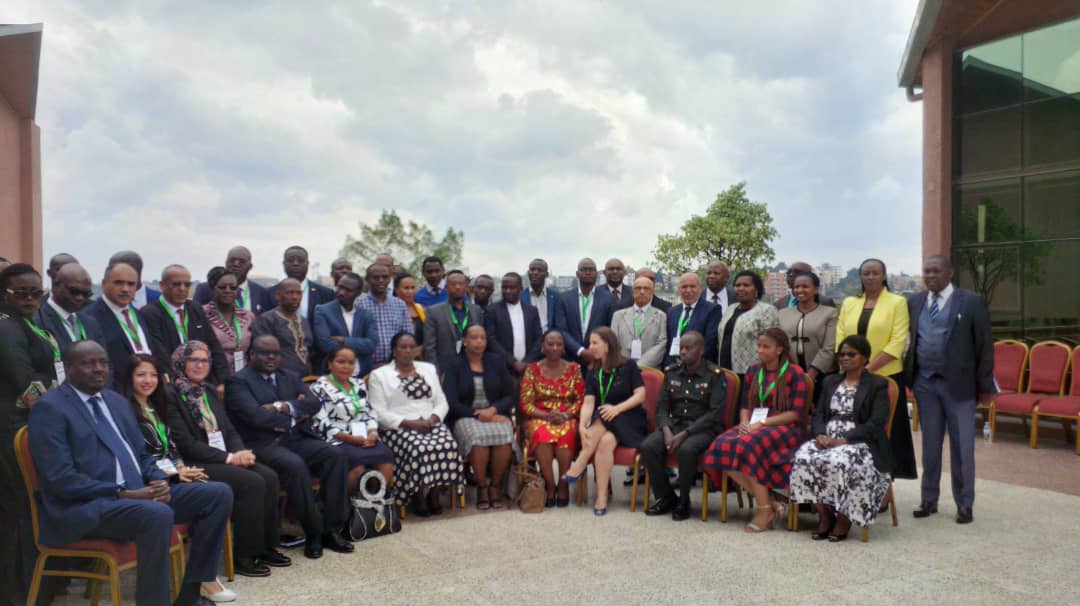 With little fanfare, the Association for the Prevention of Torture has just concluded a three day conference, during which it launched a “toolkit” it hopes will make the world a better place.

The conference, the Association’s Africa region meeting, was held at a midrange hotel in the Rwandan capital of Kigali. It brought together thirteen anti-torture organisations from across the continent. We heard virtually nothing of what was discussed, the media was personae non gratae, locked out of even the session on Media and Communications.

What we do know, apart from the reason for media exclusion, to allow delegates to speak freely, is that a “toolkit” was launched to help these delegates, back in their respective countries.

“We’ve brought together thirteen NPM (National Prevention Mechanisms) from Africa, to discuss how they can be better structured, good governance structures, how they can conduct their activities in an effective way, and how they can interact with each other” said, Director of Regional Programmes, Audrey Olivier Muralt.

“We launched a tool, which is online, called the NPM toolkit. It’s basically trying to respond to the questions that NPMs around the world are asking us, asking for support, asking for advice, mostly when they are starting. That is why we have created a tool, and is available in English, and French, and will soon be in Portuguese, which can help all these NPMs, we cannot be there with them all the time.”

The toolkit brings together around 400 publications into one online guide. According to Muralt, this comes at an opportune moment for Africa in particular. “In Africa, some NPMs are starting now to function, so we are really trying to anticipate questions.”

And it is not just the Africa region that attention of the organisation is urgently needed.

“The areas of concern we have, is torture is still happening” said Muralt, “the committee for the prevention of torture in Europe, just released their annual report, and in a third of the countries in Europe, torture is still happening, mostly when people are held by the police, during interrogation…This can be avoided, we know that, we need to implement the measures against it, and this is the responsibility of all to make sure that people are aware of their rights, and their rights are respected fully…”

The concerns in Africa, expressed by the delegates include, overcrowding in prisons, lack of access to basic services, like health, even water, for detainees, use of excessive force during arrest, and detention, over use of drugs.

Despite the grim picture however, Muralt is optimistic, even upbeat.

“Over the past decade, there have been measures trying to solve these problems. Ten years ago, these preventive mechanisms did not exist. We have taken a huge step forward in recognising the problem, and putting in measures to prevent. Today, there is a real community of practitioners and things are starting to change.”

It was no coincidence that the conference was held in Rwanda.

“Rwanda is a country where we have been working for the past few years, mostly with the Human Rights Commission, and with the Ministry of Justice. We receive good cooperation from the two entities. We are adopting a preventive approach based on dialogue. We are strengthening the capacity of the National Human Rights Commission of Rwanda”, said Muralt.

“We have a Memorandum of Understanding with Rwanda, which allows us to organise this type of workshop, which is a lot of work, in terms of logistics, we need to have a very strong partner to help us, so Rwanda was always a good choice.”

The appreciation is reciprocated by the Rwanda Human Rights Commission. “This is an important meeting” said the organisation’s Vice President, Silas Sinyigaya, “it will help to strengthen NPM in countries which have ratified the convention against torture. We at the Rwanda Human Rights Commission are charged with the responsibility of preventing torture, and this toolkit will add to our capacity. In fact, after the conference, we shall have time to work with the association, while they are still in Rwanda, to learn where we still need to improve.”

The Association for the Prevention of Torture, fortuitously abbreviated to APT, was founded in 1977 by Swiss Banker, Jean-Jacques Gautier, guided by his Christian beliefs.

The organisation works with countries which have signed and ratified the Optional Protocol Convention against Torture (OPCAT). Once a state has ratified the convention, it enters into an obligation to set up an independent National Preventive Mechanism (NPM). It is with these NPMs that APT works, while encouraging all states to adopt OPCAT. Rwanda is one of the still few states to ratify the convention.

Like APT, OPCAT works with states to prevention rather than reaction, and cooperation with national authorities, rather than an adversarial relationship with them.

“In terms of our capacity building” says Muralt, “our approach is to facilitate. What we want is for people to share knowledge, and actually, to be honest, we learn much from them than they do from us. We don’t impose, we share the tools, and the knowledge, and the people can take them and have ownership.”

“We used to have a regional office for Latin America, it was open for ten years, and the main objectives was really to contribute to the establishment of national mechanisms on that continent, and we closed it, because people didn’t need us any more. The type of support we used to do, the training, the capacity building, they had all the tools, and the knowledge necessary, and the skills, and they were connected amongst themselves. And we operate on request.”

Muralt seems determined not to be downhearted by the continued prevalence of torture. She does not find it sad that in the Twenty-first Century, this is still a reality for so many. “I don’t think it’s said” she demurs, “on the contrary, people are interested in prevention. Fourty years ago, when we were created, this idea was considered as crazy, utopia, thinking that states would really want someone from outside to go and check the place of detention? No way, this is not going to happen. Now people believe in it, they want to change, and have better understanding of the issues. On contrary, I am very glad.”