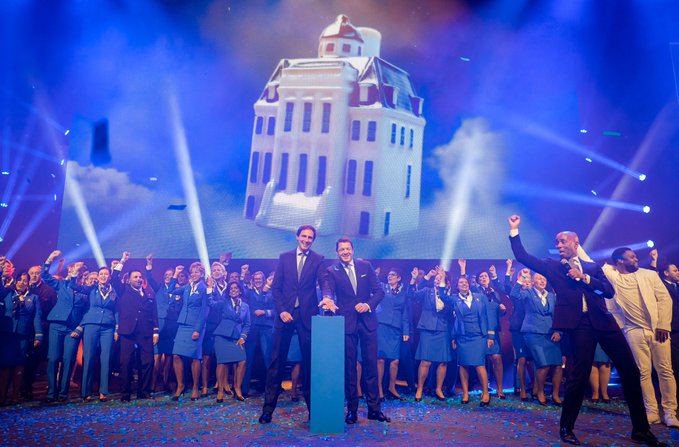 The airline was officially founded 100 years ago on the 7th of October 1919, by eight Dutch businessmen.

In September of that year, Queen Wilhelmina of the Netherlands granted the proposed airline the title of “Royal”.

The first flight of a KLM aircraft did not occur until later in 1920.

KLM’s first flight carried two journalists and newspapers from London to Amsterdam on the 17th of May 1920.

The jubilee celebration held in Kigali this Friday evening, featured awarding its local loyal customers and travel agents as part of the global series of celebrations to mark the KLM anniversary in countries of operation.

“We chose to conclude these celebrations in Kigali for our East Africa operations because there has been growth of our flight from one to seven per week and a steady clientele, said Arthur Diefenthaler, the Air France KLM General Manager East Africa. 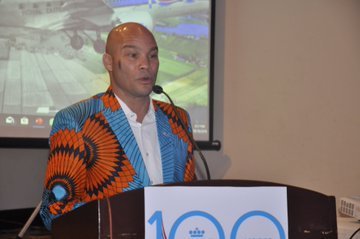 Among the steady clientele awarded as platinum KLM flyers for the last nine years in Rwanda, include individuals like; Eric Katabarwa, Dr Albert Butare, Albert Nsengiyumva, travel agents like Satguru, international tours and travel, and corporate like US and Swedish embassies, GiZ Rwanda, Rwandair and motor engine Africa.

GM Diefenthaler, said that in Rwanda, KLM has survived in business because of its loyal clients in Rwanda and KLM operations are expected to increase with the anticipated construction and completion of the Bugesera international airport.

“The first impression of visit Rwanda starts at the airport and we have seen how much investment has been made in Rwanda of which we anticipate to be part of in the next years,” GM said.

Gatete said that Rwanda is aware of the challenges in aviation but as government they have made aviation a priority sector that contributes to its economy and GDP by 13% through aviation tourism.

“We assure you and other airlines of a conducive business atmosphere that is why we have signed 94 bilateral air service agreements… but in this sector we see KLM as an inspiration for us to create momentum for an upward trajectory into the future,” Gatete said. 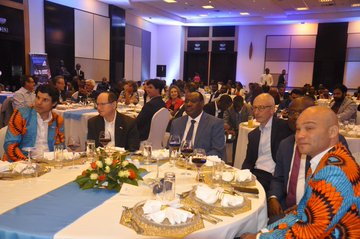 The Dutch ambassador to Rwanda, Matthijs Wolters called for more innovation from KLM but said that they don’t regret, instead are proud of KLM making a choice of investing in Rwanda nine years ago because of the conducive policies in Rwanda compared to the region, have made it easy to survive in business.

Global aviation statistics show that globally on-schedule flight passengers were 4.1million and the aviation industry contributed $2.7trillion to the global economy with positive impact on jobs.