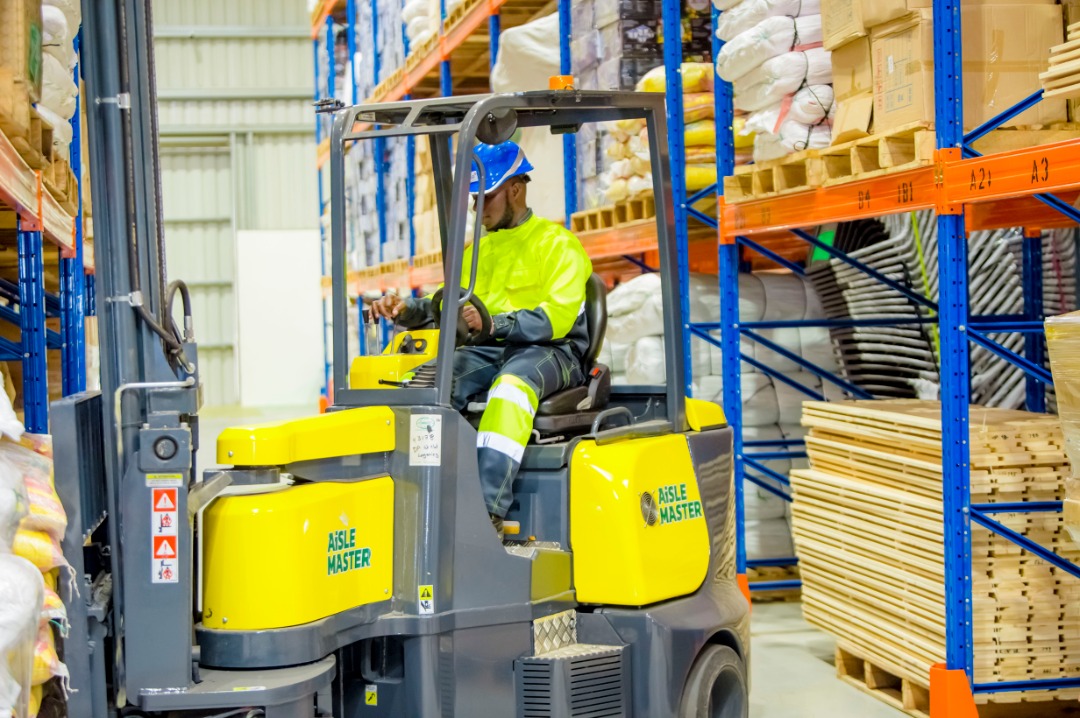 The Head of State made the observation while officiating at the launch of the first phase of the first inland dry port in the country, located in Masaka Sector, Kicukiro district. 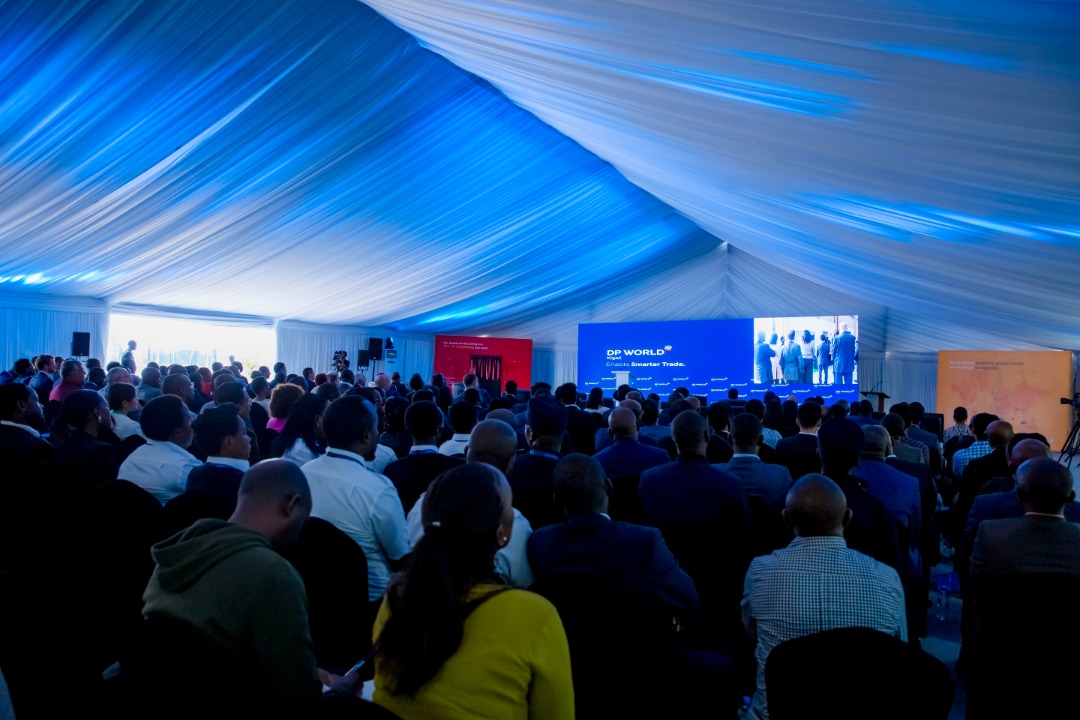 He said that the launch of the $35m dry port facility has been a story that has been unfolding for a couple of years after the introduction of the idea to the government of Rwanda by Sultan Ahmed bin Sulayem, the Chairman and CEO of DP World, a Dubai-based global logistics company.

“We are very happy to see that it has materialized. We are also happy to be associated with DP World, a partner in the development of the inland dry port which is already easing trade,” President Kagame said.

“Following our tour, I was impressed by the operations here. This is a high-tech operation that offers real time cargo tracking for customers and I congratulate DP world on completing this first phase which has already demonstrated significant reduction in truck turnaround time,” he added. 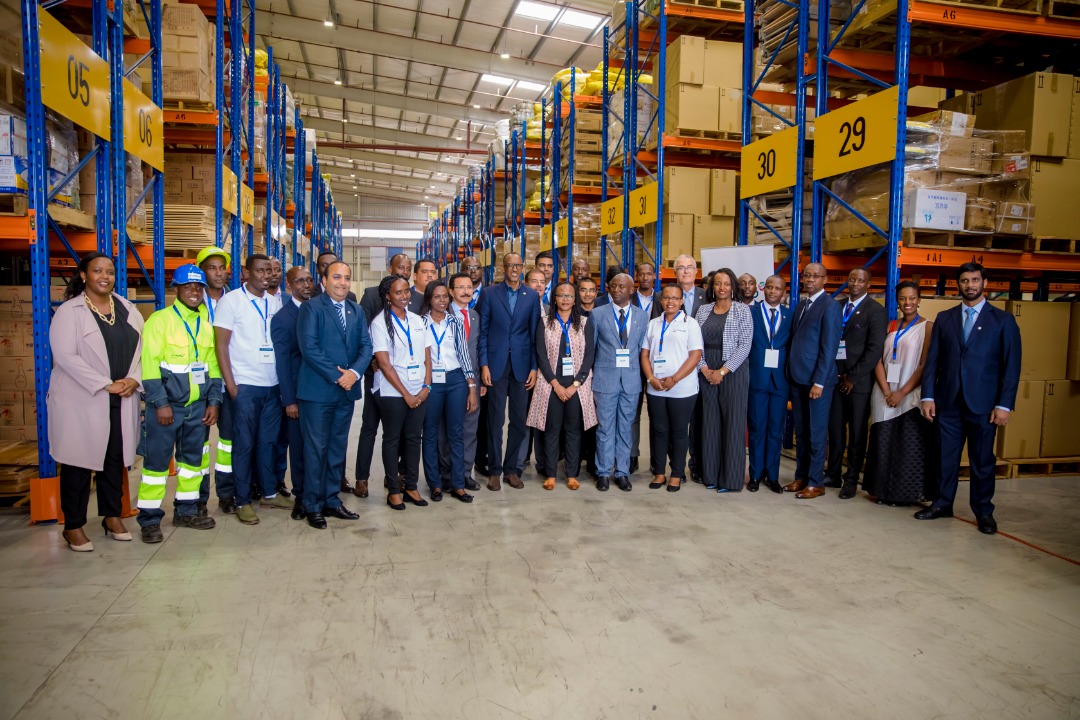 “The future of trade and integration on our continent is the AfCFTA which is already in force. Trading will commence in July next year,”

“Trade agreements and economic policies won’t have much impact without actual infrastructure. With the launch of this facility, Rwanda is doing its part to connect with the larger market of about 1.2bn consumers in Africa and beyond,” President Kagame said. 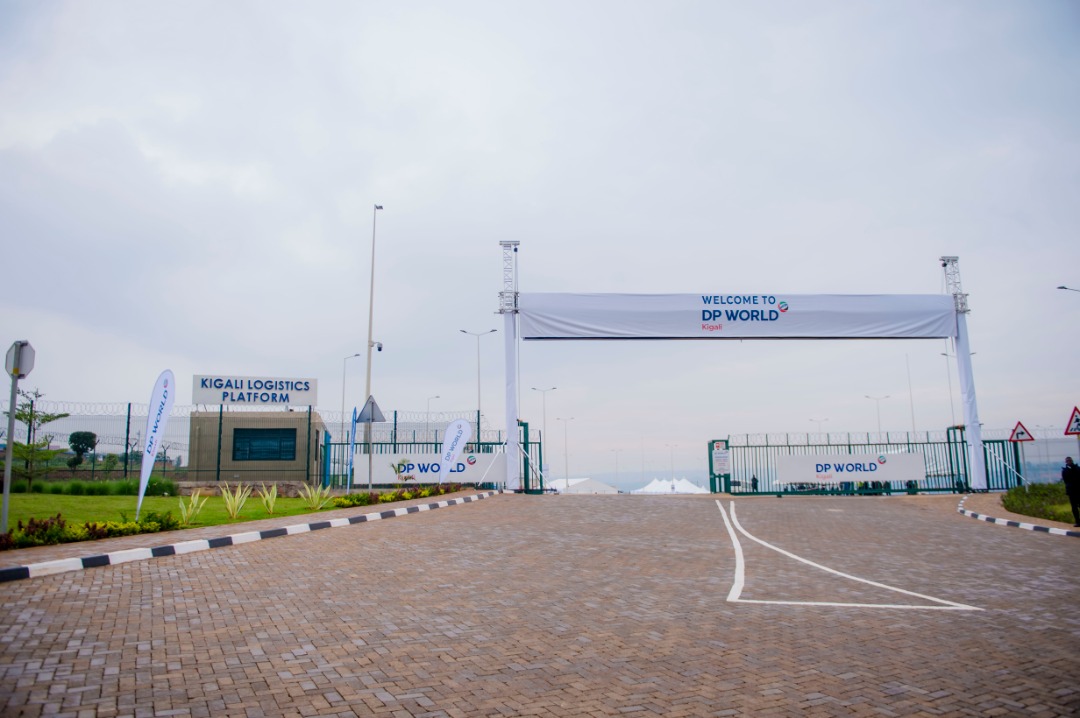 He said that KPL is getting up and running at a pivotal time when the continent is undertaking key reforms to boost economic transformation. 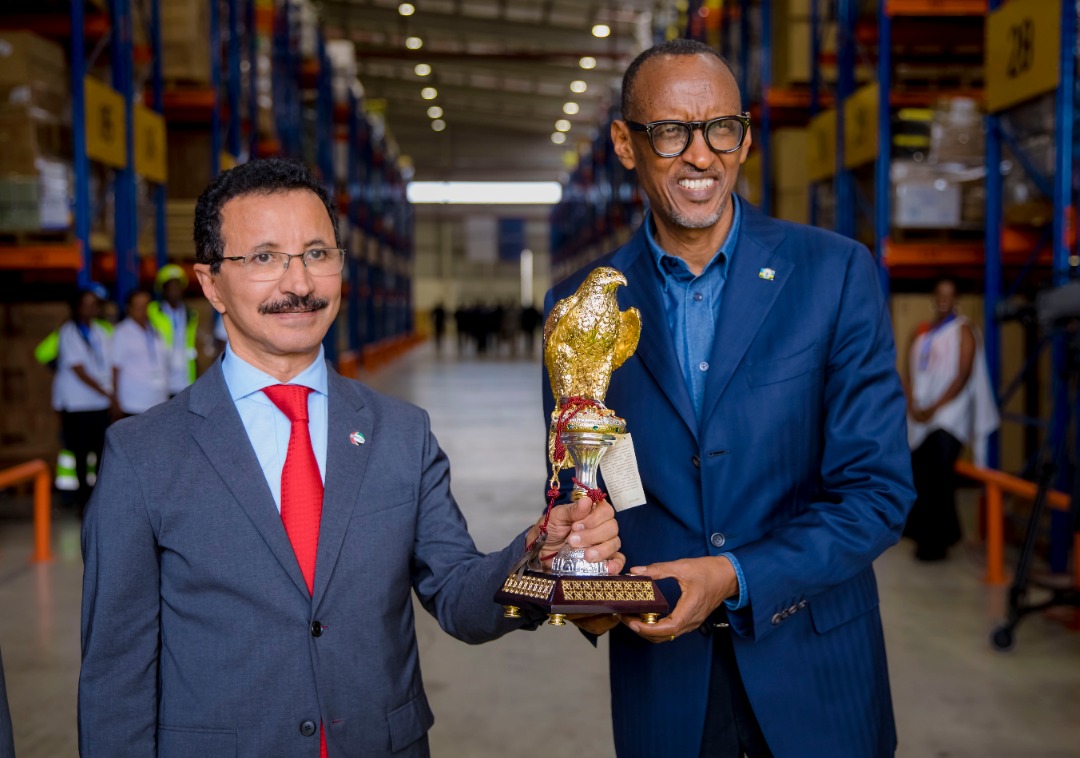 He challenged business people and investors starting with the industries located in the neighbourhood and the region to make use of this facility.

“There is no excuse not to pursue the vast opportunities available to us,” he said, thanking DP World for among other things boosting the country’s workforce and the different community development initiatives that will benefit the people of Masaka and beyond. 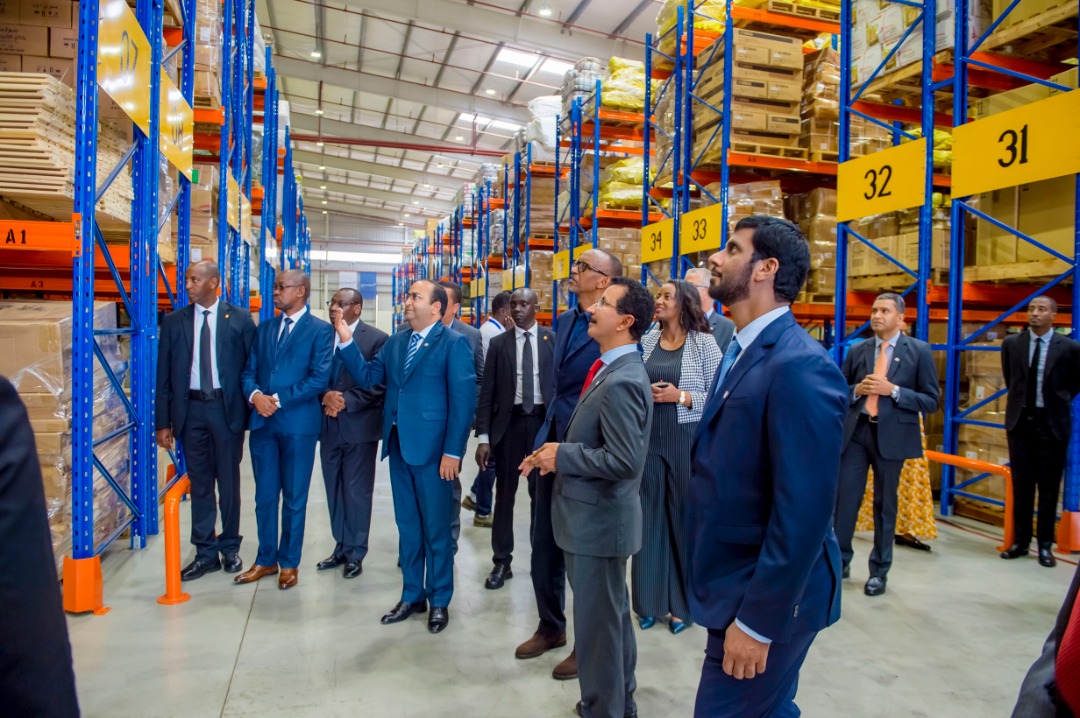 He pledged the government support to DP World in the expansion phases which will follow the first phase. The 1st phase, built at a cost of $35m spans of 130, 000 square metres including a 12, 000 square metre container yard and a 19, 600 square metre warehousing facility. 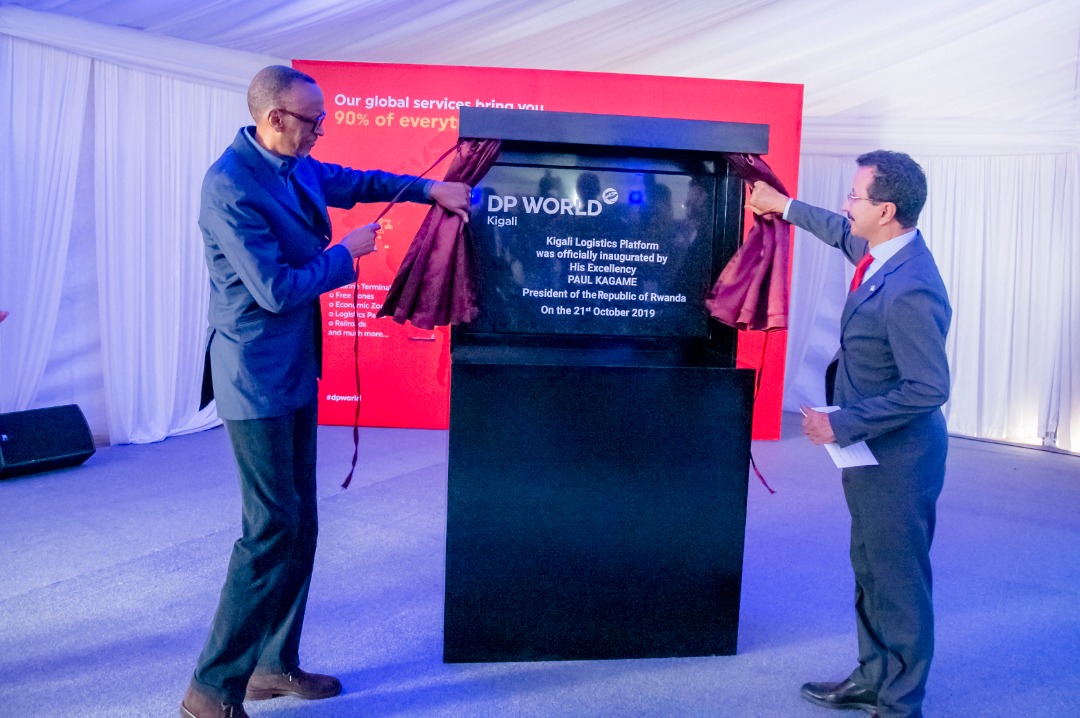 DP World Chairman Sultan Sulayem said the development of the dry port would have not happen without the vision and foresight of President Kagame who was part of the inception of the idea to build the port which many thought would not materialise.

“When we met President Kagame in 2011, we discussed the viability of the facility and many people, including those on my team could not see this dream become a reality but the government of Rwanda is dedicated to see things work,” he said, adding that they got support from all institutions involved.

“What you see here is not just for Rwanda.  When we were telling people we will reach Central African Republic, DR Congo Burundi, and of course Uganda, Kenya and Tanzania, they didn’t believe it,” he said adding that today the facility will not only facilitate trade in the region but the entire continent, using Rwanda as a gateway.

“We need to make this work and reduce the cost of trade. We see Rwanda as the gateway to the heart of Africa. Rwanda is uniquely positioned to emerge as a leading trade hub because of government decisions and commitment. We have seen it and it will happen,” he said. 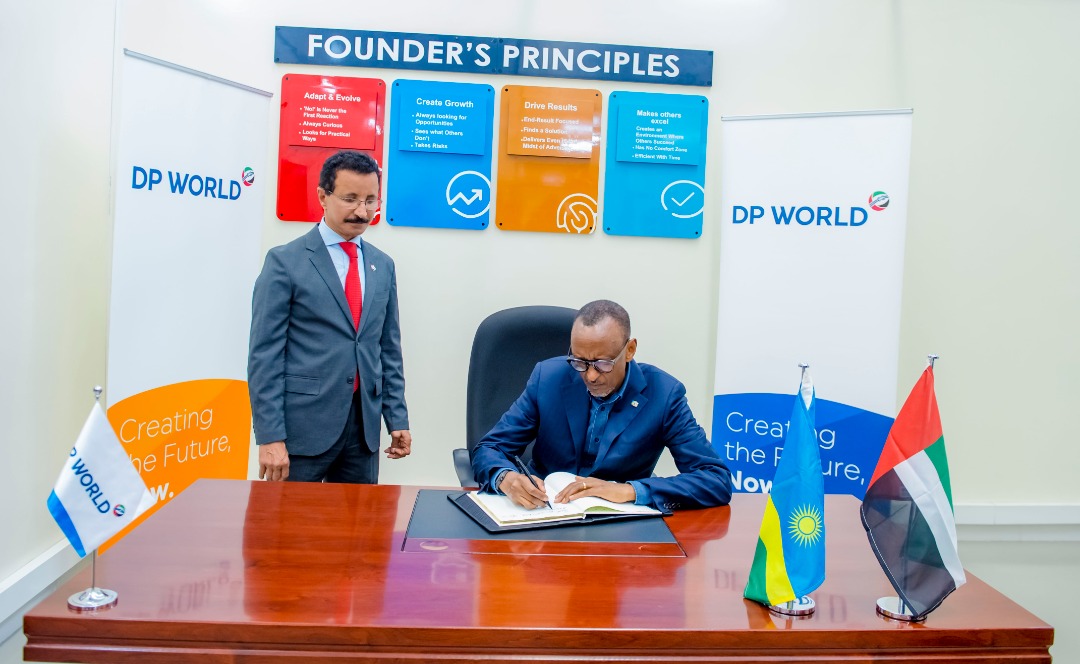 The DP World chairman said the port will tremendously reduce the cost of transportation of goods and remove the barriers Rwanda facing as a landlocked country and positively impact the economy.

“We believe in the economic potential of Rwanda and the African Great Lakes region,” he said adding that the dry port is already easing trade and movement of goods, having started operations in September. 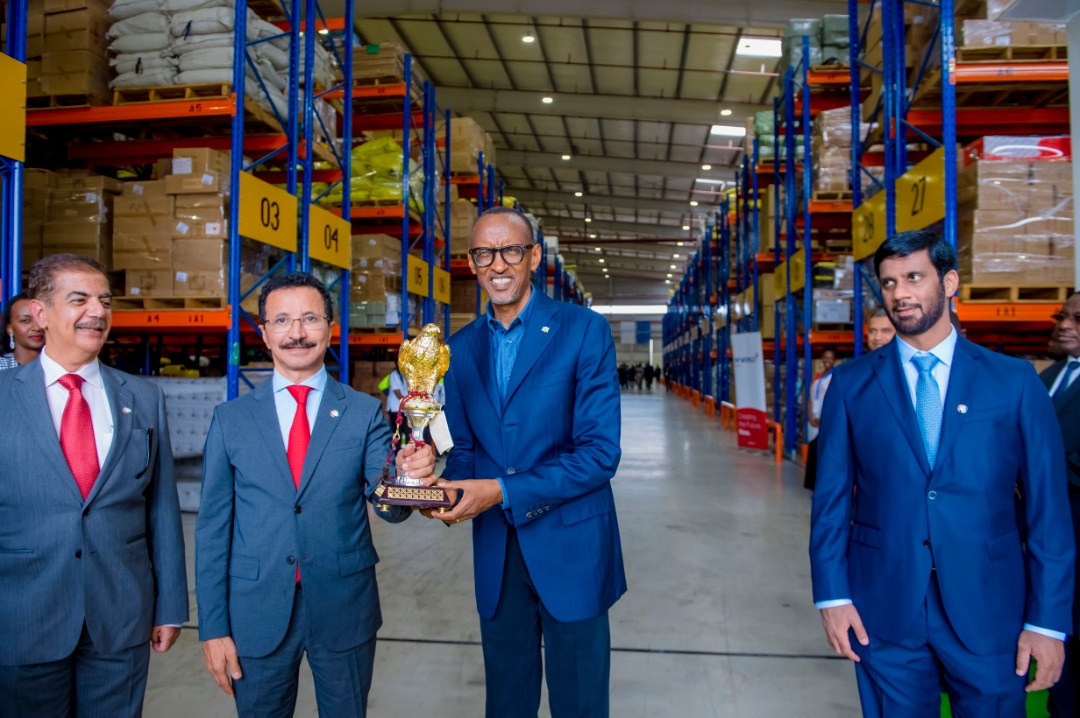 Among other things he said they are deploying smart technology which can easily enable the monitoring and tracking of goods. The first phase has the capacity to handle 50, 000 containers at ago and it is expected to reduce the days goods spend in transit from 14 days to just 3 days. 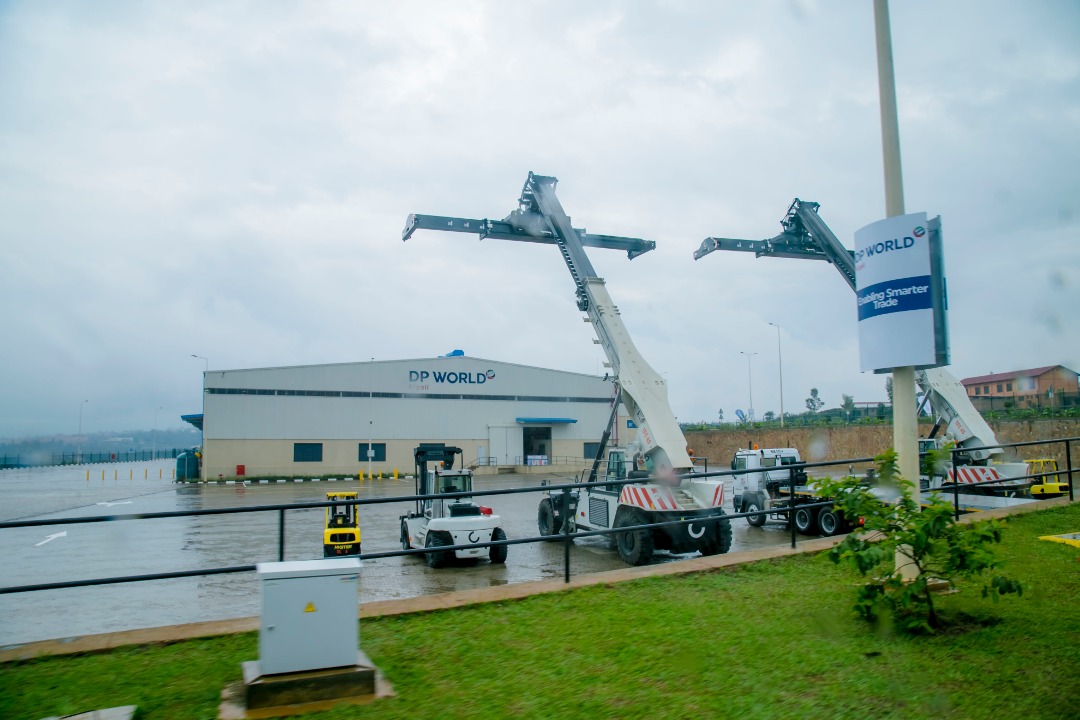 The Minister of Trade and Industry, Soraya Hakuziyaremye also highlighted that Kigali Logistics Platform will reduce time and cost associated with importing goods and increase competitiveness, which is part of the government agenda to ease trade. 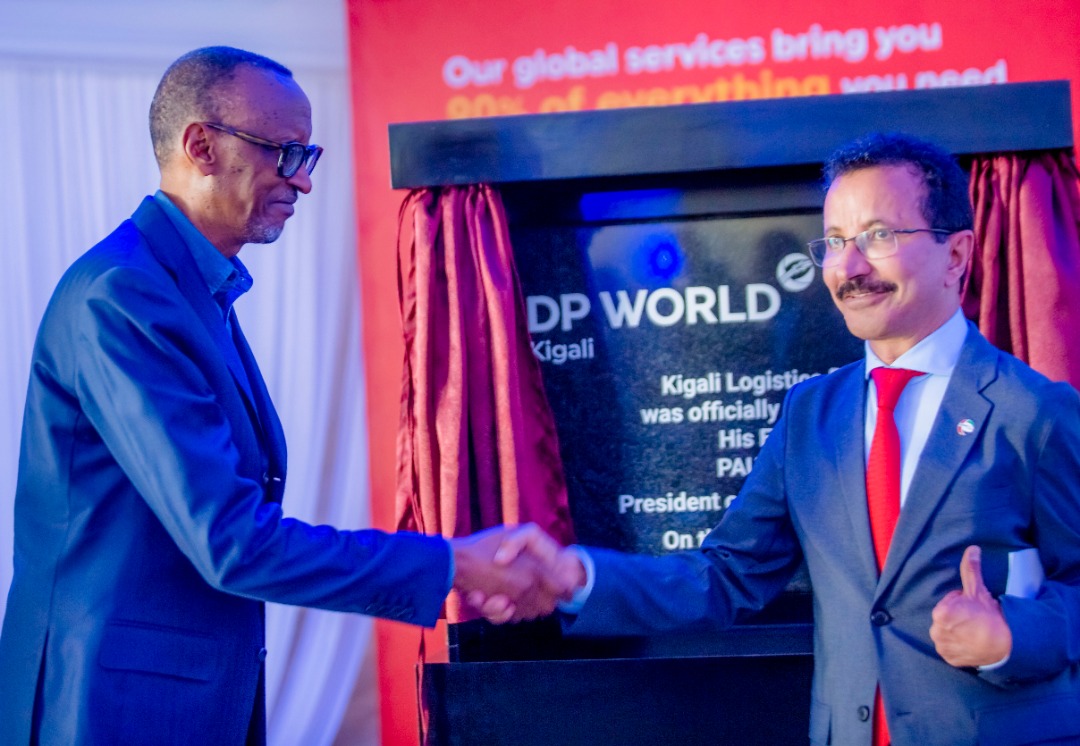 She said it was developed through a Public Private Partnership with DP World developing the facility under a 25 year concession. 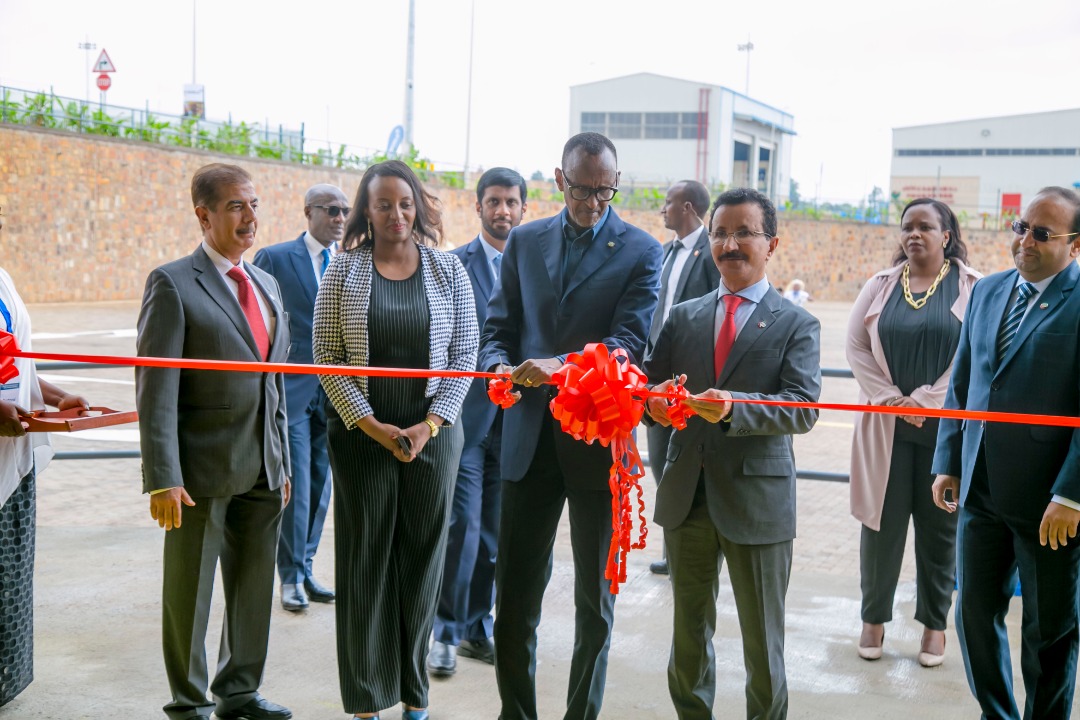 She said the dry port will revitalize trade, ensure free movement of goods and ensure efficiency. 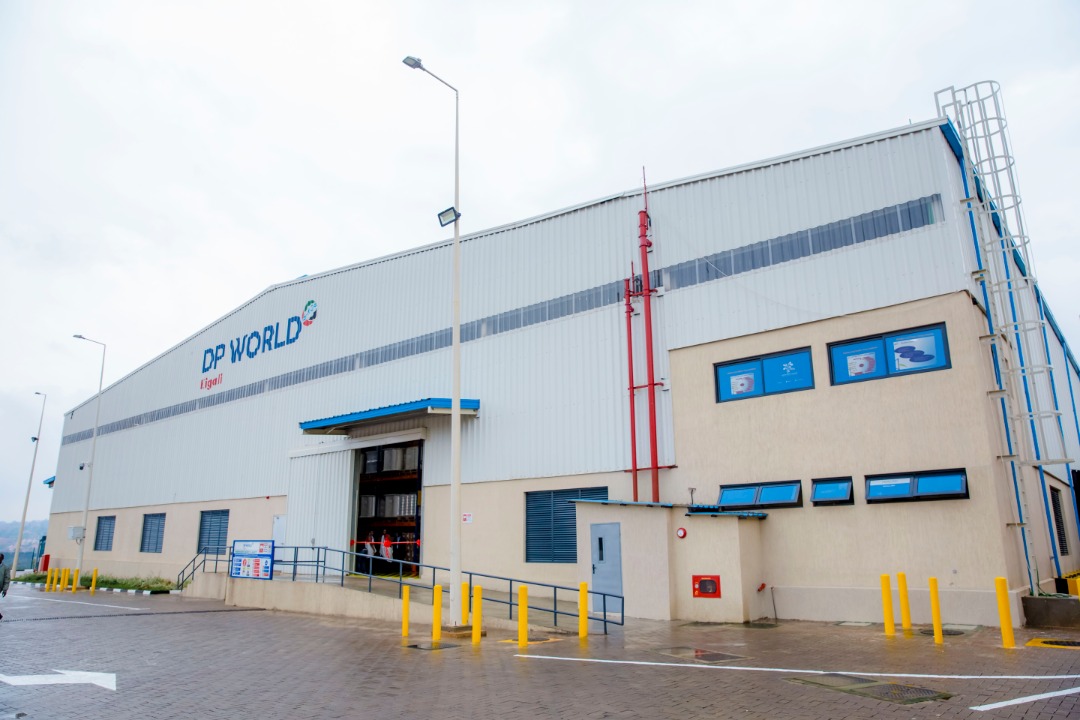