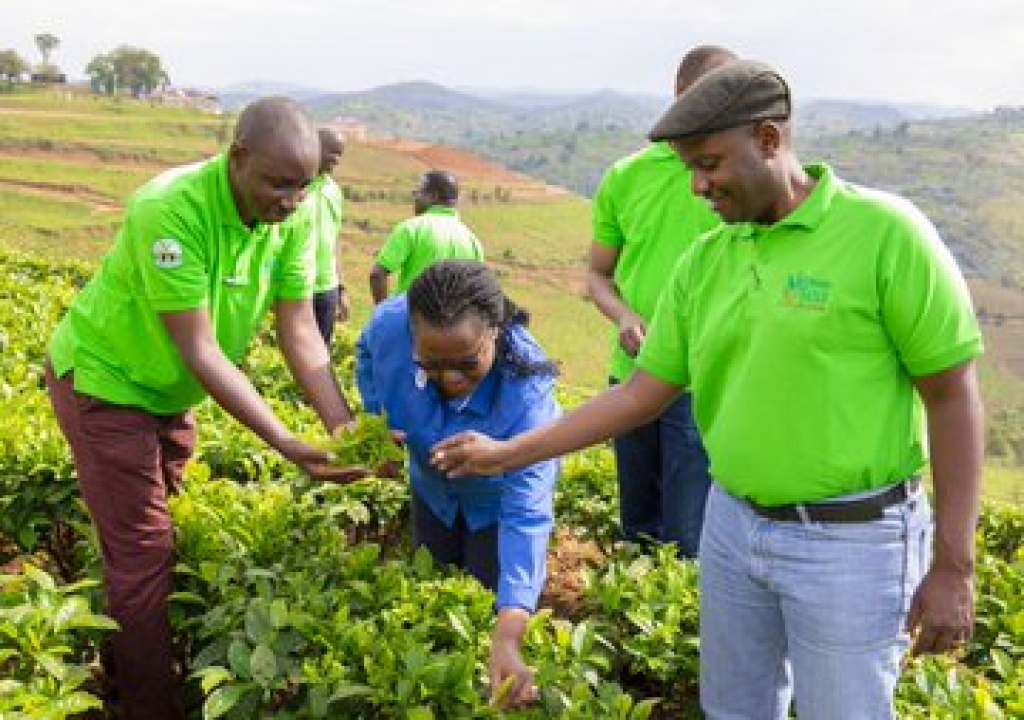 The Minister of Agriculture, Dr. Geraldine Mukeshimana has ordered officials of Nyaruguru tea cooperative (Coothemuki) to stop asking farmers to pay a bank loan that was mismanaged by some of its members.

The ultimatum comes after farmers told the minister they were ‘forced’ to repay a cooperative loan of which they don’t know anything about.

In 2016 Coothemuki received a confessional loan worth Rwf1.5 billion from the Development Bank of Rwanda (BRD) repayable in ten years with a three phase interest rate of 8%, 15.5% and 16.5%

The loan was to improve tea activities on 1200 ha owned by 1,100 members but 800 of the members, upon receiving the funds, allegedly used it on 776 ha and others abandoned their farmlands (423ha) using the money for other purposes.

This means that for three years cooperative members have had to contribute Rwf3m per month from their harvest sales to service the loan yet the harvest reduced as a result of leaving potential harvestable land idle.

“Since we couldn’t grow and harvest the amount needed to pay the loan, we defaulted on the loan and this has led to the co-operative accumulating bank arrears in fines which now amount to Rwf3billion. But why we are being asked to pay Rwf43 per kilogram sold to repay for this loan yet we didn’t get the loans,” one farmer, Jeanne Mukamisha asked the minister.

The farmer was speaking at the official national launch of the 2019 tea planting season A, which was held in Kivu sector in Nyaruguru district this Thursday, which was preceded with a general community exercise (Umuganda) in which new tea seedlings were planted.

In response, Minister Mukeshimana said this was unfair treatment of farmers and the issues should be resolved immediately.

“We want that list of defaulters handed to us so that we can ask BRD to follow up. If it means confiscating their property we can do it but farmers should stop paying for what they didn’t take,”Mukeshimana said, ordering the local officials to ensure justice is served.

On loan defaulters, Coothemuki cooperative president, Aloys Ndashimye revealed that already a list of the suspects has been submitted to Rwanda investigation Bureau (RIB), but attributed the loan management hiccup to lack of a factory-which they got in 2015, five years after the loan acquisition.

“At the time when we got the loan we didn’t have a plant to sell our harvest. We were selling to other cooperatives, which means the money went to others factories,” he said. 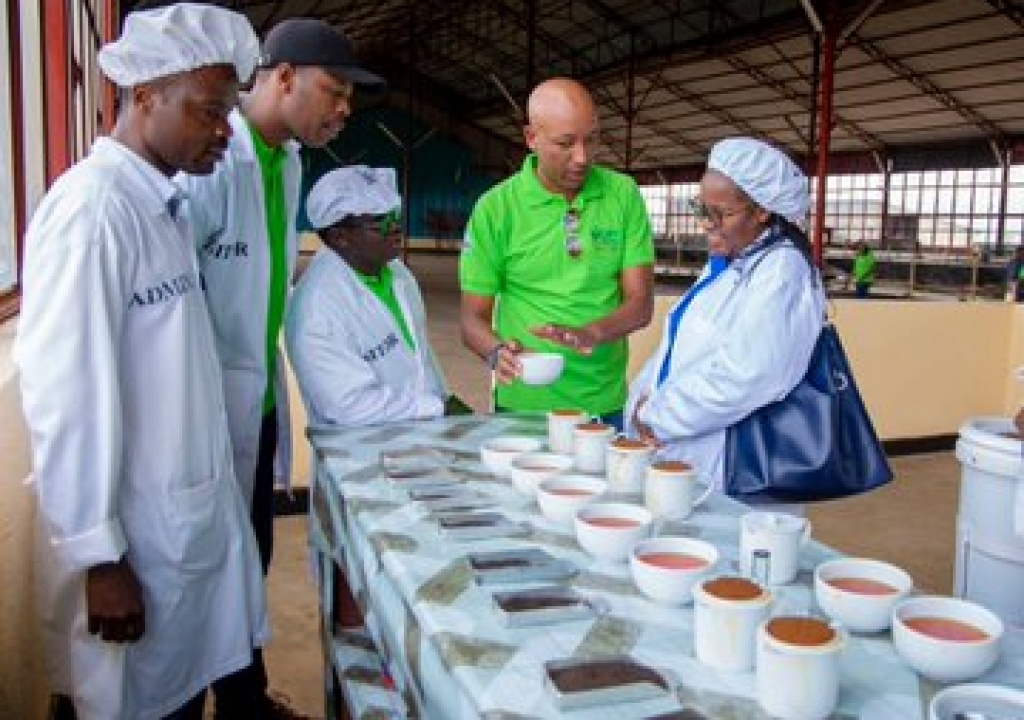 For now the cooperative has a factory and managed to repay BRD at least Rwf100m and according to Ndashimye, member’s loan contributions per head were designed as a collective cooperative responsibility and the charges could continue.

Though this issue remained contentious, unresolved and left to the law enforcement, on another hand the minister blamed the cooperative for having the lowest harvest of the 17 cooperatives in Rwanda and failing to raise its harvest which is at 800 kilograms per hectares compared to other
cooperatives with 15tonnes per hectares.

On the contrary, Ndashimye said the cooperative has so far raised its harvest to 1.7 tons and the production will increase as the tea trees increase.

However Rwanda National Agriculture Export Board (NAEB) revealed the cooperative also has 167 hectares of idle land that could be used to increase tea production at a time when the country plans on exporting 34tonnes (worth $102m) this financial year compare 30.8 hectares
(worth $83m).

“To resolve this state of tea growing in Nyaruguru especially Coothemuki cooperative, NAEB donated 88,000 tea seedlings to be planted on 63 hectares of the cooperative and we announced
commencement of a fund worth Rwf450m fertilizer evolving scheme in which 11,000 tons of fertilisers will be supplied to tea farmers in the next five years,” said Issa Nkurunziza, the Traditional Commodities Division Manager at NAEB.

This will be accompanied by two vehicles including a trolley tractor and a brand new truck before the end of the year and plans to build a good road network in Nyaruguru, Nkurunziza added.

After Umuganda meeting, minister shared tea with farmers and listened to more of the farmer’s queries.

These included- demand for farmer shares in Muganza-Kivu tea factory as in other factories, unfair collection of Rwf14 for tea leaves transport fees, lack of road infrastructure networks, and threats of factory disposal of waste into the water streams, of which Minister Mukeshimana ordered officials to solve in less than a month.