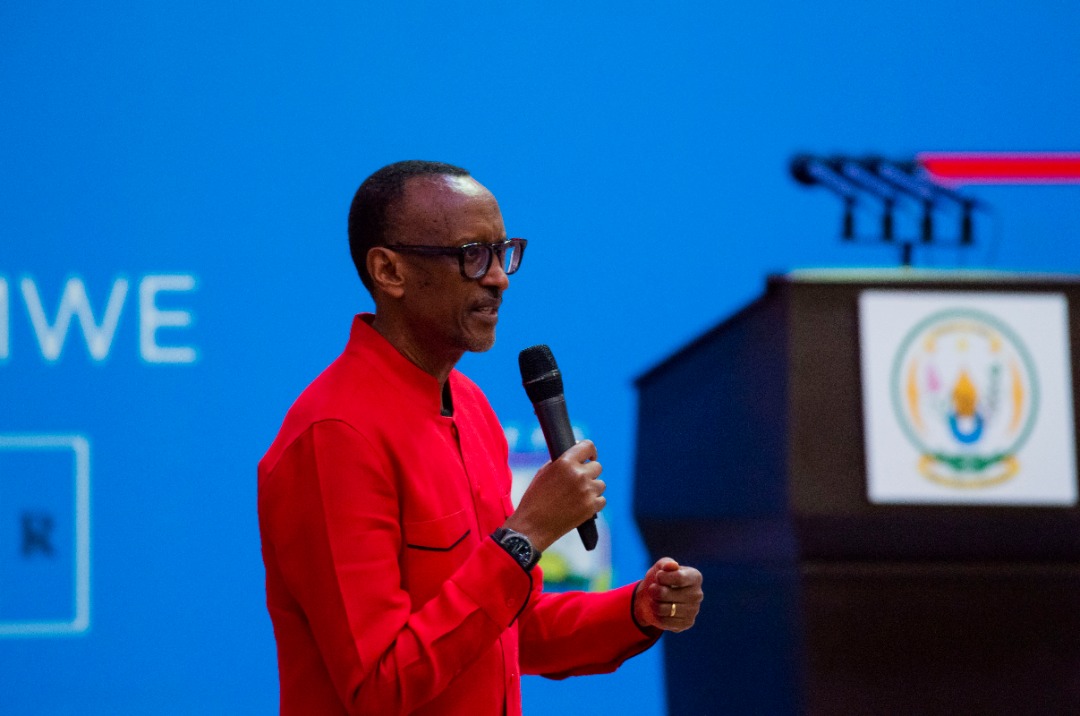 During the 14th Rwanda Patriotic Front (RPF- Inkotanyi) on Saturday at Intare Conference Arena un Gasabo district in the , President Paul Kagame interrupted the Minister of ICT & Innovation who was part of the cross generational panel discussing Rwanda’s 25 year journey and what can be done to achieve Rwanda’s Vision 2050.

President Kagame wanted the youthful Minister to explain more about the Connect Rwanda challenge that aims to see every household in Rwanda have a smartphone by the end of 2020.

Indeed, the ICT Minister went on to explain more about the challenge, which is when President Kagame revealed that he had committed his entire annual salary to procure about 1,000 phones under the challenge. In a separate tweet later, he upped the stakes further, increasing it the number of phones to 1,500.

“You spoke about the smartphone challenge we discussed but I think most people here didn’t understand because you didn’t explain it well,” President Kagame told the ICT and Innovation Minister.

Minister Ingabire said that there are about 2.8 million households in the country and the idea was that each of the households should at least have one smartphone because in essence most services will be going on line as it is seen with Irembo at the moment. President Kagame said that when he discussed the issue with the Minister of ICT and Innovation, he said that he would be the first to go on that challenge, offering to put his salary to procure about 1, 500. He also challenged the Minister and her team at the Ministry to match the offer which she also did, but offering a slightly less number than what the Head of State had offered.

“I said that is fine. If all of us did something, then each of these households can have a smartphone. If each one of us here for example made a contribution to this challenge, we would have enough smartphones to distribute in the said households. But it should be understood that this is a voluntary challenge. It is not compulsory,”

“We are not going to force anyone to contribute nor are we going to run after people to meet their pledge. It is voluntary,” President Kagame said, emphasising that nobody should be forced to join the challenge or have their salary cut to contribute to the challenge.

He also explained that among other things, he discussed with the ICT Minister other problems that would emerge from the challenge, including critics claiming that the government is using the phones to spy on people or forcing people to get Mara Phones and other allegations pointing towards Rwanda not being a free market but said that such should not stop a challenge with a good cause, adding that after all even the so called free market countries are not as free as they claim. 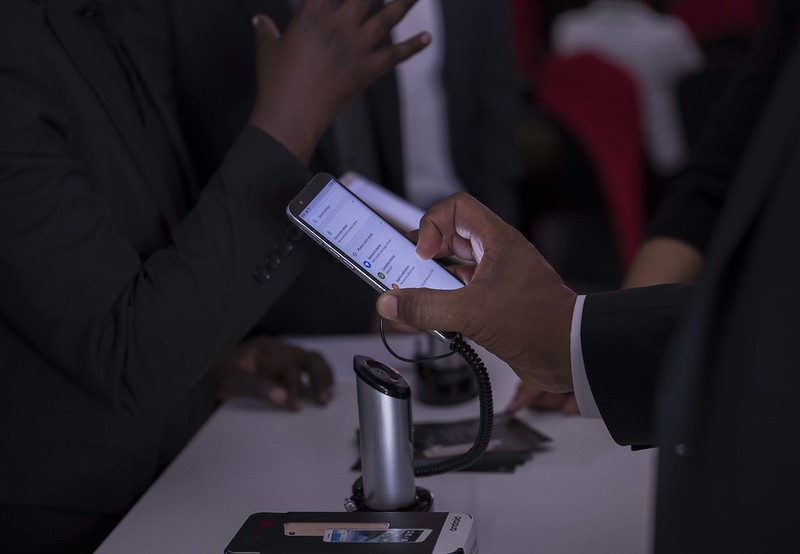 President Kagame said that several other options had been discussed, including an option where citizens would get the smartphone and pay for it in small instalments but as the Minister of ICT and Innovation explained, some people in rural areas still cannot afford the smartphones yet if they got them, they would really improve their livelihoods in many ways. She said that rather than having an ordinary citizen pay for a phone for 10 years, other options were thought regarding how more vulnerable citizens can have access to smartphones without having to service them for many months, hence the genesis of the challenge.

For 1500 handsets, assuming that they will be Mara X models which goes for about Rwf120, 000, President Kagame will pay about Rwf130m or $200, 000 which is approximately his annual salary.

RPF Inkotanyi members vowed to join the challenge. In his presentation earlier, the Secretary General of RPF Francois Ngarambe said that internet coverage countrywide is now at 95 percent though only 51 percent of the people are using it, from 45 per cent in 2017. With more smartphones, more Rwandans would be able to connect to the net. He also said that 82 percent of the citizens access services through Irembo.

No topic was secret and nearly all sectors were touched. The President of the Senate Augustin Iyamuremye, a member of the Social Democratic Party (PSD), who said that it was his first time to attend an RPF congress, said that he was surprised by how transparent the discussions were and how no stone was left unturned.

The seasoned politician who also served in the previous government said that he was asked many times if it was a wise decision to serve under the RPF-led government and he always told them that he has never doubted his choice.

“It was a good choice. RPF Inkotanyi never thought of keeping all the power and leadership to itself even when it had all the means to do so. What is most striking for me today is the transparency with which you carry out your party activities,” Dr Iyamuremye said, speaking on behalf of other invited parties.

As a veterinary doctor, he said in race, for one to win, you must pick the very best horse, equating his personal choice to work with RPF Inkotanyi to picking the best horse for the race.