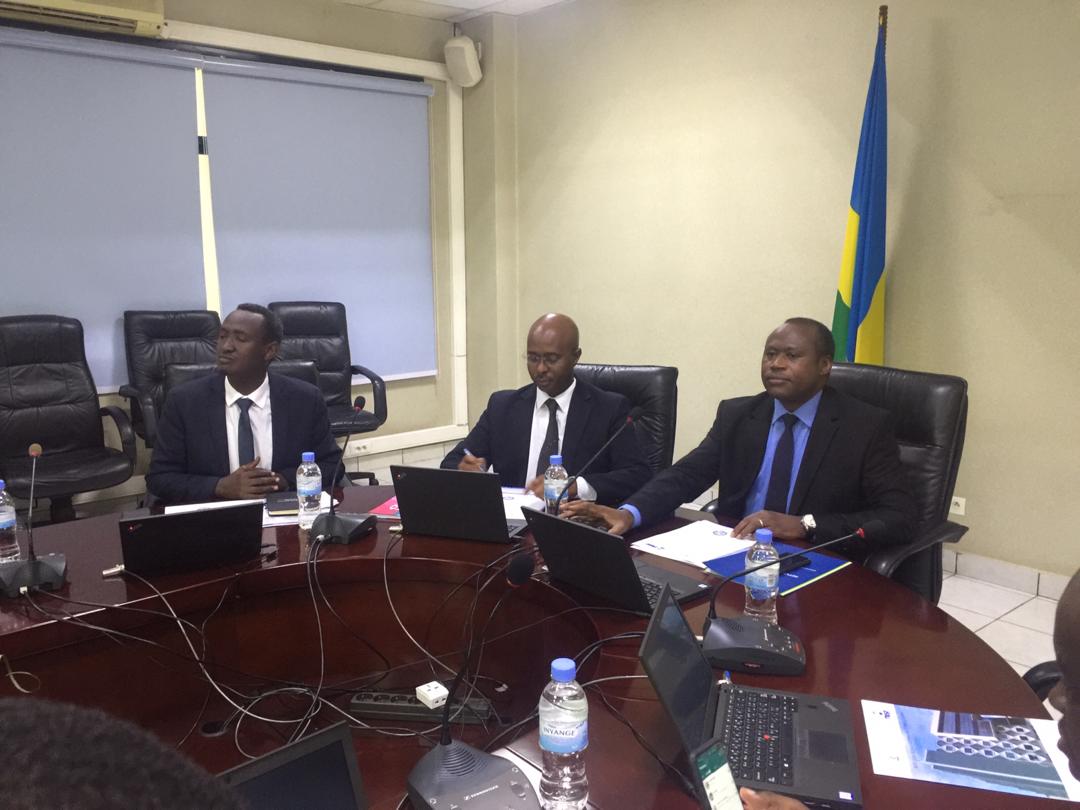 The National Institute of Statistics of Rwanda (NISR) says the country’s Gross Domestic Product (GDP) grew by 11.9 percent in the third quarter of 2019, with the Industry sector leading the way by registering a 14 per cent growth while the service sector contributed more to the economy.

Announcing the GDP performance results for the last quarter at the Ministry of Finance and Economic Planning, the Director General of NISR Yusuf Murangwa said GDP at current market prices was estimated to be Rwf2, 358 billion, up from Rwf2, 065 billion in Q3 2018.

“In the 3rd Quarter of 2019, GDP grew by 11.9 percent compared to the same quarter last year. Agriculture grew by 8 percent, industry by 14 percent and services by 13 percent,”

“The service sector continues to lead the economy in terms of shares to GDP at the moment according to the third quarter results, with 49 percent compared to 27 percent for agriculture and 17 percent for industry,” Murangwa said.

According to NISR, 7 percent growth of the GDP was attributed to adjustment for taxes and subsidies on products. The GDP growth estimates are calculated based on 2014 prices.

Murangwa said that the agriculture registered a growth of 8 percent and contributed 2.0 percentage points to overall GDP growth. Within the agriculture sector, food crop production increased by 5 percent compared to 3 percent in the same quarter of 2018.

He said that season B and C combined contributed to the second half of the year from July to December.

In other areas, Murangwa said that Mining and Quarrying activities decreased by 16 percent while manufacturing wood and paper increased by 26 percent, mainly due to increased manufucting of cleaning papers and tissues.

The service sector has continued to grow by leaps and bounds, registering a 13 percent growth and contributed 6.2 percentage points to overall GDP growth.

NISR attributes the growth in the services sector to an increase of 25 percent in wholesale and retail trade activities of locally made and imported products.

Transport services grew by 18 percent while financial services increased by 9 percent. There was a 15 percent growth in hotel and restaurant services but surprisingly telecommunication services decreased by 5 percent.

Generally, exports increased by 8 percent and imports by 31 percent while Gross capital formation increased by 22 percent.

Regarding GDP projections being on track, the Minister of Finance and Economic Planning Dr Uzziel Ndagijimana said that the country will not revise the GDP target for 2019 considering that it is already December.

He said though the projected GDP growth for the year remains 8.5 percent, the country is likely to achieve more than that going by figures from the last three quarters.

On Inflation, Murangwa explained that recent inflation figures are attributed to an increase in prices of certain food stuffs who demand has gone up in recent months. Inflation rose to 6.9 percent in November from 4.4 percent in October.

“It is true prices are increasing especially in food crops, specifically a few crops like maize and beans but how it works in prices, when prices go up, people start substituting to bananas, potatoes etc which also pushes the price of other food crops up,”

“This is something we are following up. We are already looking into three things, one of the being that inflation increases either because the supply is low or the demand is high. What we are seeing is that there is no problem in supply,”

“The supply is as it has always been but we are starting to see a lot of pressure on demand,” he said attributing it to population growth and other industries such as the livestock industry are picking up, leading to an increase in the demand of feeds.

Murangwa said that the demand is creating pressure on supply, while the shift in seasons also increases pressure because the harvests of July have to push the population all the way up to the end of the year, something he said affects the entire region.

That pressure will be cushioned by January harvests if there is a bumper harvest, based on the rain performance. If everything goes well, Murangwa says prices will stabilize at the beginning of next year.

On the methodology of using 2014 prices, Murangwa said that it is a methodological approach adopted by countries because as countries develop, many things change economically, hence putting a number of years to benchmark prices, the threshold being 5 years.

“When we are measuring the GDP, we do two things, we collect information and we also fix economic assumptions while computing the GDP. When the dynamics in the country change over time, the assumptions we take also change,”

“The data we are supposed to collect also changes. When we say 2014 as the base year, we update both the assumptions, the methodologies and the data,” Murangwa explained.

He also says that the prices are also equally updated to reflect the current prices. He said the prices themselves don’t affect growth, but rather the assumptions and data collected. He said while the recommended years are five, Rwanda is moving to measuring GDB in three years.

“Our assumptions and methodologies are always on top of the best practices available,” he said dismissing fears that GDP figures could be based on old prices.