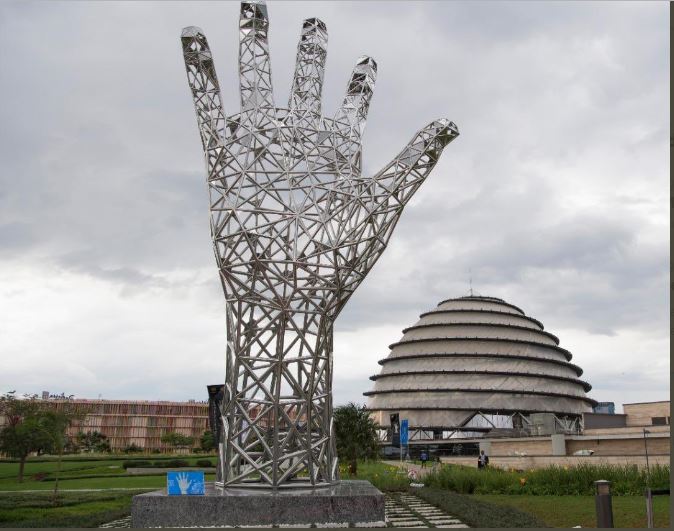 It was a decade when Rwanda did great things. Of course when we say such and such an entity “did great things”, it is relative. Did great as compared to what? Did Rwanda send someone into outer space? No. Did we beat the world to a cure for cancer? Not at all.

But the achievements this country has realized in fact are greater in tangible, measurable terms. They also are greater in other none-quantifiable but equally important metrics. Rwanda for instance gives a psychological lift to most Africans, say whenever the country’s leadership in so many fields – conservation; business reforms and so on – is mentioned.

And all this, to mention the obvious, is despite the country’s recent history of carnage and destruction.

If Rwanda were an utterly failed state today, it would surprise no one. Looked at objectively, the astonishing thing is that the country is the exact opposite of a failed state.

This pint-sized country that possesses no great wealth instead has become the unlikely trailblazer for the rest of the continent.

When for instance President Cyril Ramaphosa of South Africa discusses business reforms he points to Rwanda as a country that’s getting it right; and that’s to be emulated. When one wants to point at a country challenging age-old patriarchal norms, to include women in institutions of power and decision-making, Rwanda is what they look at. And in one of the finest examples of thinking out of the box, Rwanda has shown fellow African states that visa-free travel is possible for the continent’s citizens.

It has always baffled people why so many African countries made entry by citizens of other African countries such a hustle, such an ordeal. A Ghanaian needing to travel to Dubai would find it far much easier than going to Senegal – a fellow West African state. That Ghanaian would need to go to the French Embassy in Accra to apply for a visa, to Senegal! Yet all kinds of Europeans could just fly, with no visa, into any African capital.

Why did Africans have to put themselves through this kind of unbelievable nonsense?, I’ve long asked myself. Some things simply have no answer. It is just unconscionable, the kind of shackles people decided to keep decades after the end of colonialism.

When Rwanda threw her borders open to all Africans, it was such a sensible, easy decision everyone began doing it. Countries like Nigeria, Ghana, Ethiopia and several others have since adopted a visa-free policy for all Africans.

The positive impact on African travellers or tourists is incalculable – in saved time; and in the avoidance of the sheer stress of chasing for that bit of paper. For the pan-African idealists such an action is worth a thousand words; it infuses them with self-belief, and with the confidence the dream can be achieved.

There are very many other ways Rwanda has showed Africa what’s possible; what’s within its means and the awesome potential the continent has if it can get its act together. If Nigeria fought corruption with the same single-minded determination as Rwanda one can imagine how much more of a giant “Africa’s giant” would be.

If that effort were replicated elsewhere all over sub-Sahara, the region would soon wean itself off foreign aid. That is, before we mention the advantages that will cascade: more funds deployed to maintain public infrastructure; deliver public services of all kinds and so on. Rwanda has shown it can be done. It is not saying, but doing it.

As we speak now, one government, Angola is engaged in a huge, anti-graft fight. The leadership of the oil rich country is making embezzlement, mismanagement of public resources, and rent-seeking by the powerful and the well connected much more harder. It is making it punishable by heavy fines and by jail. That was unthinkable before. Now Luanda is retrieving billions of dollars past leaderships stashed away in the banks and sovereign funds of former colonial master Portugal.

Angola hasn’t claimed it’s gotten its cues from Rwanda. But the leadership there makes no secrets of its admiration for Kigali, and for the ways the latter has tackled graft and wastefulness in public offices.

All this is not to say that Rwanda lacks detractors, or naysayers. Kigali has more than her share of fierce critics that will direct verbal brickbats, and opprobrium its way. Judging by some of their words, one would think we were living in Nazi Germany.

That however has not prevented more and more sub-Saharans choosing to emulate what Kigali does.

And people tend to choose or emulate that which they have carefully examined, and found good.