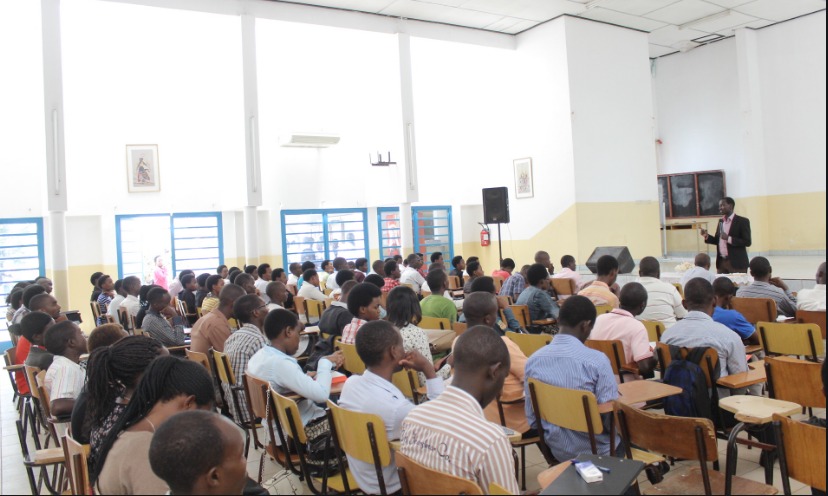 Jean Claude Mushyimire travelled all the way from Musanze district to start his academic year at the School of Business Studies in Kigali last November on government scholarship.

In his mind, he knew that he would get at least 35,000 as academic stipends from the government bursary but this money has not been disbursed till today, making his studies and life harder than expected.

“I have not paid rent for the last two month and I also have debts at the shop. This makes one’s life hard since you almost have to hide away from people in the community,” said Mushimire, a first year student of accounting.

A Rwandan student joining the University of Rwanda (UR) or Rwanda Polytechnic (RP), to be legible for a government scholarship, they have to get the required grades at Secondary school national exams, apply for the bursary through the High Education Council (HEC) which approves their legibility.

Depending on Ubudehe categorization, grades and course HEC submits the list to BRD, which takes care of the bursaries management and payment. But this is not guaranteed until the student signs a bursary contract agreement.

Once the contract is signed, a student monthly stipend is one of the needs that BRD is required to meet.  Every month, BRD pays Rwf 1 billion worth of stipend.

Mushyimire’s story is not different from other first year students, who claim delayed payments and have for weeks taken to social media to raise their concerns to government and tagging president Paul Kagame.

These concerns had earlier been raised at the 2018 national dialogue in which Kagame tasked BRD, the bank which took over responsibility of bursary management from Rwanda Education Board (REB), to resolve immediately.

Though BRD has managed to streamline the bursary segment paying off at least 98% of the bursaries, the remaining 2% of students say that delays in disbursing funds is caused by a poor online registration system.

There are currently 28,000 students on government scholarship and last year, 632 complaints were submitted to BRD of which 536 cases were paid, 132 cases of disbursed funds returned to BRD while 37 cases were not found on the list, among many other cases reported.

“Registration for the government bursary has proved difficult because of the BRD system that breaks down causing some student to fail to meet the registration deadline. And even when you enter the system, you don’t get registration confirmation,” said one former bursary student Olive Mutoni.

BRD committed to bring to an end such challenges.

“We are now planning on having all beneficiaries to get their stipend every month to reduce such cases of delayed disbursement of stipends,” said Claudine Matata the BRD Head of Education portfolio management.

The first disbursement for this academic year will be done on January 23rd, 2020, according to Matata.

The BRD official was speaking at a UR press conference aimed at clarifying bursary concerns and issues raised by students on social media and to  communicate the 2020 strategy in resolving this long standing issue.

Amb. Dr. Charles Murigande, the UR Deputy Vice-Chancellor in charge of Institutional Advancement said government is willing to pay the bursaries but that the biggest cause of the problem of delays in stipend payment systems is the students themselves.

“The initial cause of this situation is errors in registration especially by first year students. Many of them finish secondary school without bank accounts and yet sign an agreement using a relative’s names account. It makes it hard to do deposits in such context,” Muligande said.

Other errors include delayed registration, changing family names, changing bank accounts which results into funds bouncing back. In other scenarios, Muringande said that students who change universities in the middle of academic year cause such shortfalls.

Francis Ndoli, BRD Head of Disbursement Education Portfolio Management said that the bank intends to integrate all the information from the bank, HEC, UR,RP that will be disseminated with updates to all registered students.